How to Buy Creatine Supplements

Creatine monohydrate is the undisputed champion of the sports supplements world.

No other supplement ingredient has been validated through as many scientific studies and clinical trials as creatine monohydrate. What research has shown is that creatine supplements can significantly enhance athletic performance, especially during high-intensity forms of exercise like heavy resistance training.

Also be sure to check out our ranking on the best creatine supplements.

How to Buy Creatine Supplements 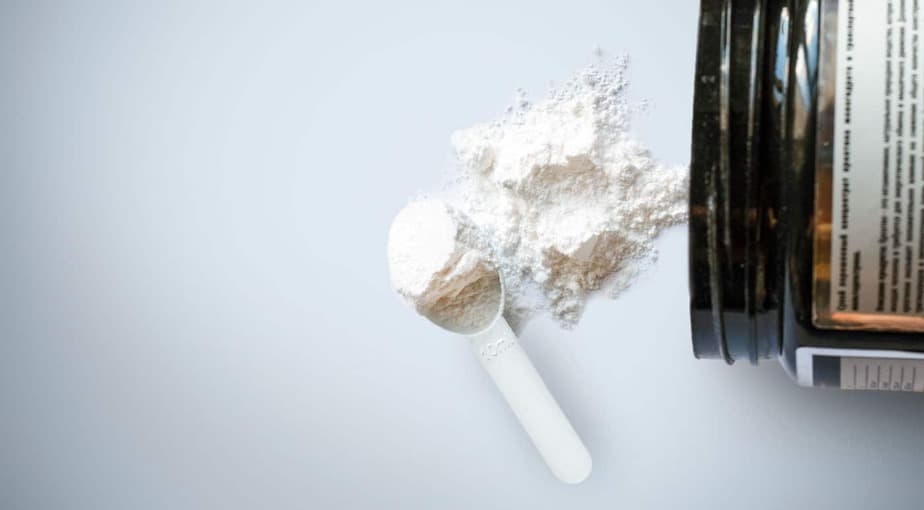 You’re probably antsy to head out and pick up a tub of creatine right away, but not so fast—creatine supplements are a dime a dozen these days, and many of them come with a litany of “extra” ingredients that don’t add much value to the product (or your results). So you need to be smart about buying creatine supplements. Thankfully, it’s not that hard to find high-quality creatine, and it’s typically very cost-friendly.

The Best Form of Creatine to Buy

There are many forms of creatine on the market, but none have stood the test of time like creatine monohydrate.

Sarah Steinman, fitness and medical writer for TruFIt Athletic Clubs, advises, “When you have a stable exercise schedule, the classic creatine—also called creatine monohydrate—is both the most effective and easiest form.”

If you’re a newbie to the world of creatine supplements, start with a high-quality creatine monohydrate powder, preferably one that has been either third-party lab-tested for impurities like heavy metals and creatine byproducts. The sad reality is that dietary supplements are not regulated by the Food and Drug Administration (FDA), meaning there are companies that cut corners and source their creatine from cheap overseas labs. 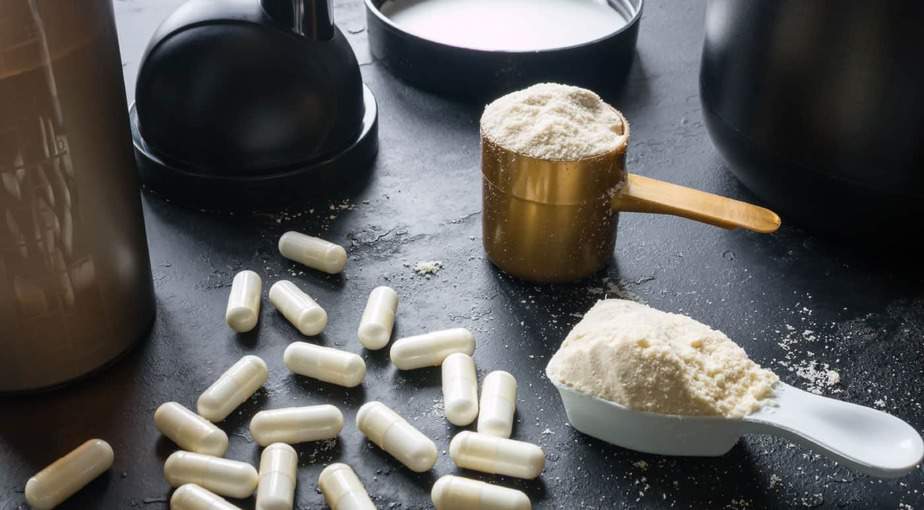 As Nick Rizzo, an accomplished powerlifter and fitness research director of RunRepeat.com, puts it concisely, “If you want to make sure you are receiving the highest quality creatine monohydrate, look for products that use a patented version known as Creapure.”

Rizzo further states that “Creapure is lab-grade, pure, and unadulterated micronized creatine monohydrate, providing a level of reassurance that is worth paying for in an industry that has a long history of spiking products and lying about ingredient quality.”

More advanced creatine users may feel the urge to experiment with things like buffered creatine, creatine hydrochloride (HCl), and creatine nitrate, but just remember that there is virtually no evidence to suggest these forms are superior to creatine monohydrate (if anything, it’s the other way around).

There is a robust body of scientific and clinical evidence that confirms the performance-enhancing benefits of taking a creatine supplement, including:

Remember, the vast majority of research has been done on creatine monohydrate specifically. Claims made about “new-age” forms of creatine are largely hypothetical and there isn’t much evidence to back them.

Who Should Take Creatine? 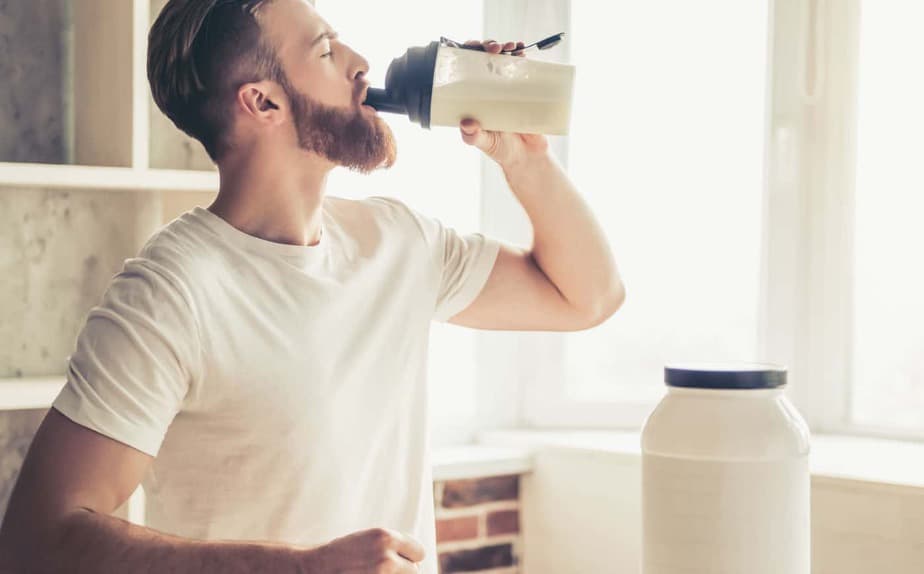 Common wisdom is that creatine is only useful for athletes and bodybuilders, but the benefits of creatine may extend far beyond the realm of fitness and exercise. Remember, everyone needs creatine to function properly. It’s quite literally what enables muscles to contract, even the smooth muscle found in the heart and intestines.

In fact, taking creatine is thought to be cardioprotective as it can help reduce plaque buildup in arteries and may serve as a remedial treatment for myocardial ischemia (lack of blood flow to the muscles of the heart).

Furthermore, there is good evidence that taking a creatine supplement has neuroprotective and anti-diabetic properties in older adults, and it may also reduce the symptoms of depression according to a recent clinical trial.

Now, does this mean everyone should take creatine? Of course not.

NASM certified personal trainer Alysa Boan of FitnessTrainer.com notes that “creatine supplements are called supplements for a reason. Creatine works best if you are resistance training regularly, if you use it consistently, and if your diet is aligned with your goals.”

Quite simply, you should consider taking a creatine supplement if you’re looking for a natural approach to packing on lean muscle, increase strength, boost athletic performance, and/or lose body fat while retaining as much as muscle as possible. (These would generally be considered “ergogenic” effects.)

“If you have a routine fitness program and are looking to lose weight and put on muscle, creatine is one of the few proven supplements out there,” says Boan.

Nevertheless, it’s fascinating to think that creatine supplements may eventually become a practical “health solution” for the general population. 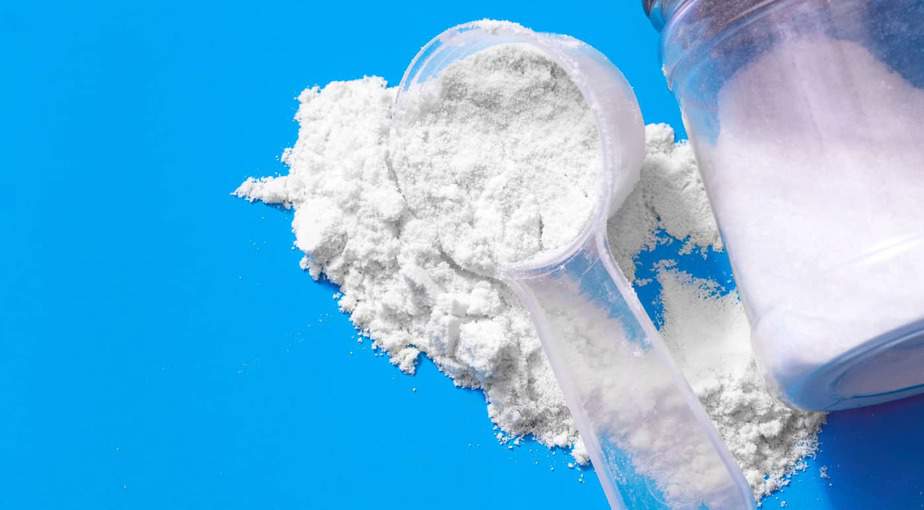 Contrary to the belief that creatine is “synthetic” or “harmful,” it is actually a naturally occurring organic molecule that the body produces endogenously (i.e., on its own). So yes, all humans have creatine in their bodies, and it is essential for helping our cells produce and regenerate energy.

Assuming a body weight of 180 pounds, the average adult human has about 120g of creatine stored throughout the body—most of which resides in muscle tissue. Intuitively, athletes and bodybuilders with large amounts of muscle mass are able to store more creatine than those with less muscle.

In sedentary individuals, the body only exhausts roughly 2%–3% of its creatine content per day. In active individuals, that value may be significantly higher.

While there are foods that contain creatine (e.g., red meat and fish), most of the body’s creatine content is synthesized from dietary amino acids, namely L-arginine, L-methionine, and L-glycine.

The catch is that the dose of creatine necessary for boosting athletic performance is substantially greater than what we consume through diet. As Crystal Diaz of Best Price Nutrition states, “Most people start with 2–5 grams of creatine per day; some bodybuilders may require upwards of 6–10 grams.”

How Do Creatine Supplements Work? 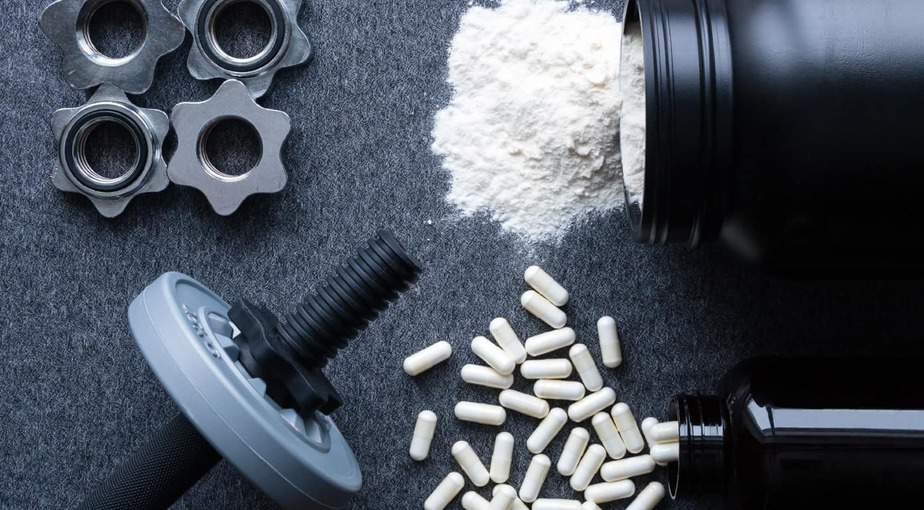 The great thing about creatine supplements is that they are well-understood from a scientific standpoint. In short, creatine works as an energy reservoir for skeletal muscle tissue. You’re likely aware that adenosine triphosphate (ATP) is like “cellular fuel” that allows muscles to contract. For example, the carbohydrates we consume are broken down to simple glucose molecules and eventually ATP.

When ATP is depleted through exercise, muscles lose their capacity to contract forcefully. This is one reason why fatigue gradually increases while we work out or play sports.

But creatine can change that through a basic biological pathway known as the phosphocreatine energy system in muscle cells. To keep it simple, creatine acts like an “exchanger molecule” that carries a highly energetic phosphate group to adenosine diphosphate (ADP) molecules, thereby regenerating ATP.

Thus, having more creatine available in muscle tissue means you can perform at a higher intensity for longer. It’s also well-known that taking a creatine supplement can increase the maximum force your muscles are able to generate, resulting in greater strength improvements (and muscle gains, over time).

Moreover, research suggests that creatine supplementation can bolster performance in endurance athletes by increasing both muscle glycogen and creatine stores. Since glycogen is the predominant fuel source for aerobic exercise, endurance athletes like distance runners and cyclists stand to benefit by taking creatine.

Creatine can also help reduce muscle breakdown during extended bouts of cardio, making it a must-have supplement for bodybuilders and physique athletes looking to get as lean as possible while maintaining hard-earned muscle tissue. 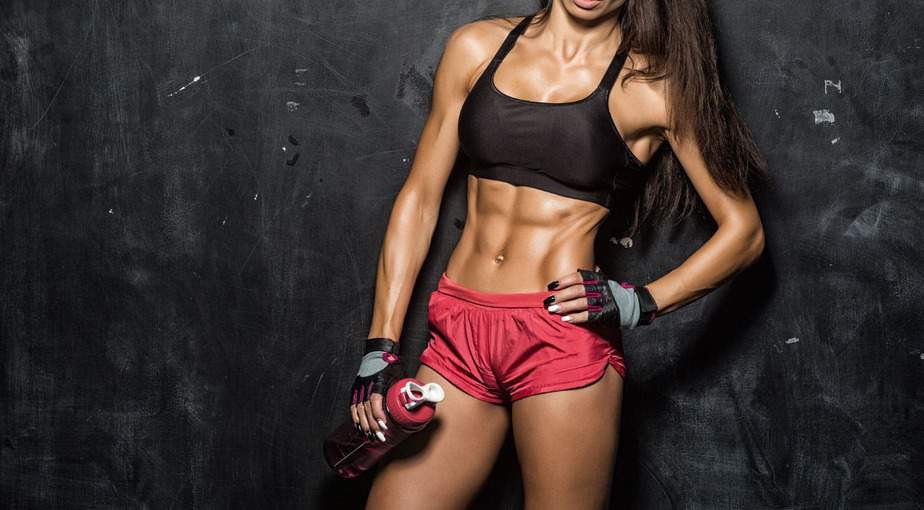 Myth: It’s best to cycle on and off creatine periodically.

Fact: There is actually no need to cycle off of creatine. Most evidence suggests that creatine is most effective when it’s taken indefinitely, as this allows muscle creatine stores to remain saturated. Long-term creatine monohydrate supplementation is also safe for healthy adults.

Myth: Creatine needs to be frontloaded when you first start taking it.

Fact: Creatine loading isn’t necessarily a requirement, just a method of shortening the time it takes to saturate muscle creatine stores. As mentioned earlier, this entails taking about 20g of creatine monohydrate for about seven to 10 days, split into three or four separate doses per day. However, you can just as easily take a modest dose of creatine (i.e., 3–5g per day) and your muscle creatine stores will eventually reach a saturation point. The latter approach is better for people who get an upset stomach or excessive bloating from creatine loading.

Myth: Creatine is harmful for the kidneys.

Fact: Another major misapprehension regarding creatine supplements is that they are “bad for the kidneys,” which is simply not the case. This postulation comes from the fact that creatine is broken down to creatinine (a metabolic waste product), and the kidneys are responsible for clearing creatinine from the bloodstream. However, creatine itself doesn’t cause the kidneys to be “stressed” or fail. In fact, one study found that a rather exorbitant 20g daily dose of creatine monohydrate resulted in no significant changes in renal function over the week-long test period. Barring pre-existing renal impairment, there is virtually no evidence to suggest that creatine is bad for the kidneys.

Myth: Women should not take creatine.

Fact: Regardless of your biological sex, creatine plays the same basic ergogenic roles and is safe to take. If anything, creatine is just as beneficial for female athletes/gym-goers as it is for males.

Myth: Creatine will stunt your growth if you take it before the age of 18.

Fact: Stunted growth is the result of epiphyseal plates on the ends of bones closing prematurely.  Consequently, someone will not reach their “true” genetic height potential if this happens. However, there is no evidence to suggest even a correlation between teenagers/young adults that take creatine and stunted growth. Creatine is an organic molecule present in all humans and found in a variety of foods, and it’s ostensibly just as safe for teenagers as it is for adults. That being said, scientific studies and clinical research pertaining to adolescents and creatine use are scarce; hence, it’s strongly advised that younger athletes hold off on taking a creatine supplement until they are in their late teens.

Myth: Creatine needs to be taken with simple sugars for optimal absorption.

Fact: While insulin does enhance the rate of creatine uptake into skeletal muscle, there is no need to ingest excessively large amounts of sugar/carbs with creatine monohydrate. A more practical approach is to simply take plain creatine monohydrate shortly after hitting the gym, as research suggests this is when creatine is best absorbed. However, some people prefer to take their creatine pre-workout or in the morning before breakfast, both of which are certainly fine. 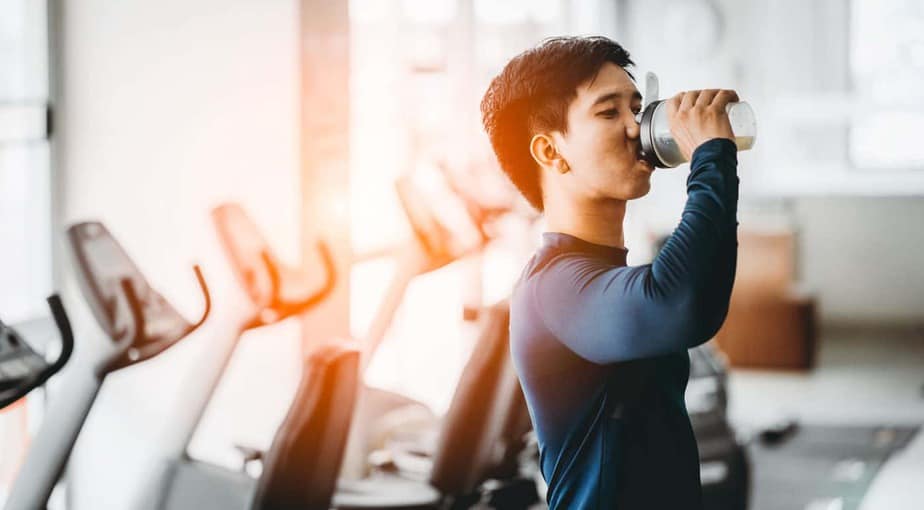 The salient point to remember from this all is that taking creatine (monohydrate) is unequivocally effective for enhancing muscle growth, recovery, body composition, and athletic performance. There are quite literally thousands of studies that back the benefits of creatine.

Lynell Ross, founder of zivadream.com and certified personal trainer with the American Council of Exercise asserts “Creatine is an effective supplement, safe to use and a powerful way to increase your energy, athletic performance and boost brain health.”

When buying creatine, look for a supplement that provides Creapure. The next best option is plain micronized creatine monohydrate. If you want to dabble in other forms of creatine, creatine HCl, creatine citrate, creatine magnesium chelate, and creatine pyruvate are viable options, albeit lacking research while being more costly.