No designer took the fashion world by storm in the 20th century more than Yves Saint Laurent.

Our pick for the best Yves Saint Laurent cologne for men is La Nuit de L ‘Homme. A smooth and attractive cologne, it will lure that special someone close, so that you can feel each other’s heat!

After studying under Christian Dior, Yves Saint Laurent burst into the fashion scene with his own line in the 1960s. As Saint Laurent revolutionized fashion in the 1960s and ‘70s, the label went on to become a darling of the fashion world. He was also known for his provocative ad campaigns, like the time he posed nude for one of his fragrances.

Yves Saint Laurent has remained relevant in the fragrance world as well. For Saint Laurent, feeling beautiful was never just about making sure a man or woman looked good, but that they smelled good, too. Over the years, Saint Laurent has launched numerous fragrances for men and women, many of which have become beloved staples.

To help you choose which one is right for you, we put together this top five ranking of the best Yves Saint Laurent colognes for men. May you find the right cologne and wear it well!

“Coco Chanel gave women the little black dress, and Yves Saint Laurent gave them the option of leaving it at home.”

Probably the most important name in the fashion world for over a quarter century, Yves Saint Laurent was born in Oran, French Algeria in 1936. From an early age, he showed both talent for and an interest in fashion design, and is even purported to have been designing dresses for his sisters’ dolls at the tender age of seven. By his early teens, he was designing dresses for his mother and sisters.

In 1953, Saint Laurent moved to Paris to attend the Chambre Syndicale de la Couture. In that same year, he was introduced to fashion powerhouse Christian Dior who hired him almost on the spot after seeing a series of Saint Laurent’s sketches. Saint Laurent once said that Dior “taught me the basis of my art.”

Dior died in 1957, leaving Saint Laurent as the head of the House of Dior at the young age of 21.

After initial success, his 1960 collection featuring the “beatnik” look was intensely criticized. That same year, Saint Laurent was conscripted into the French Army. Some argue that the conscription may have in fact been due to pressure from Marcel Boussac – the owner of House of Dior and a powerful businessman – after the failure of the 1960 collection.

During his stint in the army, Saint Laurent was hospitalized because of incessant hazing he received from other soldiers. During this time, he also developed an addiction to drugs.

In 1960, Saint Laurent was fired by the House of Dior. Though initially devastated, he managed to successfully sue the fashion house for breach of contract. The money Saint Laurent received from the settlement gave him the freedom to contemplate striking out on his own for the first time.

The Yves Saint Laurent Couture House was founded in 1961, backed by Saint Laurent’s business and romantic partner, French industrialist Pierre Bergé. The label immediately took the design world by storm as Saint Laurent introduced a variety of novel designs, like the famous tuxedo suit for women in 1966.

Saint Laurent was also among the first designers to turn from focusing primarily on haute couture to designing ready-to-wear fashion.

In 1983, Saint Laurent became the first fashion designer honored by the Metropolitan Museum of Art in New York City when they hosted a solo exhibition of his designs. During the 1980s and into the 1990s, Saint Laurent continued to struggle with drug addiction, and from time to time his designs were panned by critics.

Nevertheless, Saint Laurent received several additional awards over the following years, including being named a Commander in the Legion of Honor in 2001.

His final show was in January 2002, after which he retired. In that same year, he closed the couture house of YSL, though the ready-to-wear end of the brand continued to be distributed.

The couture line was also revived in 2015, under the leadership of Hedi Slimane, and now Anthony Vaccarello.

Yves Saint Laurent died of brain cancer in June 2008 at his home in Paris. His legacy to modern fashion is almost incalculable, as Michael Kors once noted, “Every woman in the world, sometimes without even knowing it, has something in her closet inspired by Yves Saint Laurent.”

Like many great French fashion houses, Yves Saint Laurent also developed, refined, and introduced a number of fragrances for both women and men. The first fragrance, Y, was introduced in 1964. The bottle was cut to resemble a woman’s shoulders and head, while the scent evoked the luxuriousness that marked Saint Laurent’s designs.

The first Yves Saint Laurent fragrance for men, Pour Homme, launched in 1971. Saint Laurent shocked the world, posing nude for the ad campaign to underline the sense of daring that characterized the modern man.

Another instant hit happened in 1977, when Saint Laurent launched Opium, a fragrance for women. This ad campaign was also controversial, bringing plenty of complaints while also driving up demand for the perfume.

Over the years, Opium has continually reinvented itself through careful media campaigns, making it one of the most popular Yves Saint Laurent fragrances for women. Its 2000 ad campaign was perhaps even more controversial than the original, depicting model Sophie Dahl in the throes of ecstasy, lying on her back and wearing only stiletto heels.

Another 2011 ad campaign for Belle D’Opium was banned in Britain for purportedly promoting drug use.”

As ever, Yves Saint Laurent – both the man and the label – has managed to push boundaries, forcing the fashion world to consider what is acceptable, fashionable, and aesthetically pleasing.

Our ranking is the result of a rigorous research methodology, including metadata analysis of a large number of trusted review sites. We also spent hours of online research, reading and listening to reviews from cologne users, fashion experts and critics, and industry insiders. We even tested out the products ourselves.

Our research led us to develop this list of the top five Yves Saint Laurent colognes for men, considering the following categories:

So before you invest in your next bottle of Yves Saint Laurent cologne, check out our list of the top five. 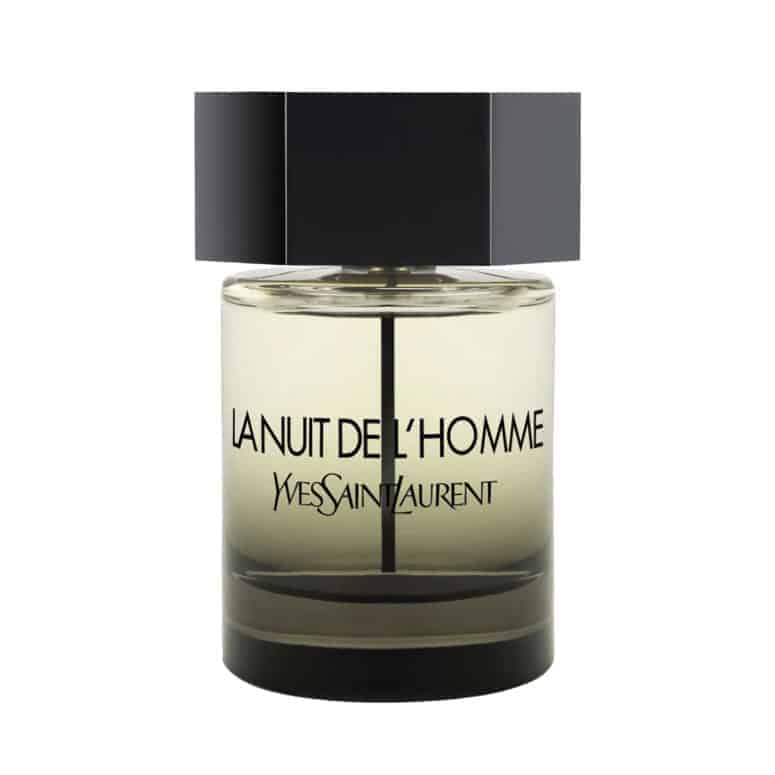 Our first Yves Saint Laurent fragrance is La Nuit de L’Homme. This sweet and smooth cologne is designed to attract women, but not repel them by being too sweet. Originally released in 2009, it was developed by Anne Flipo, Pierre Wargnye, and Dominique Ropion.

With a zesty cardamom top note, this cologne combines cedar and bergamot heart notes, with lavender to bring in freshness. The base notes include vetiver and caraway, creating an overall masculine scent with a light touch.

Clocking in at about eight hours, it has good duration, and the sillage is also moderate enough to be worn in a number of different settings and seasons. It’s a great basic cologne to have in your collection! 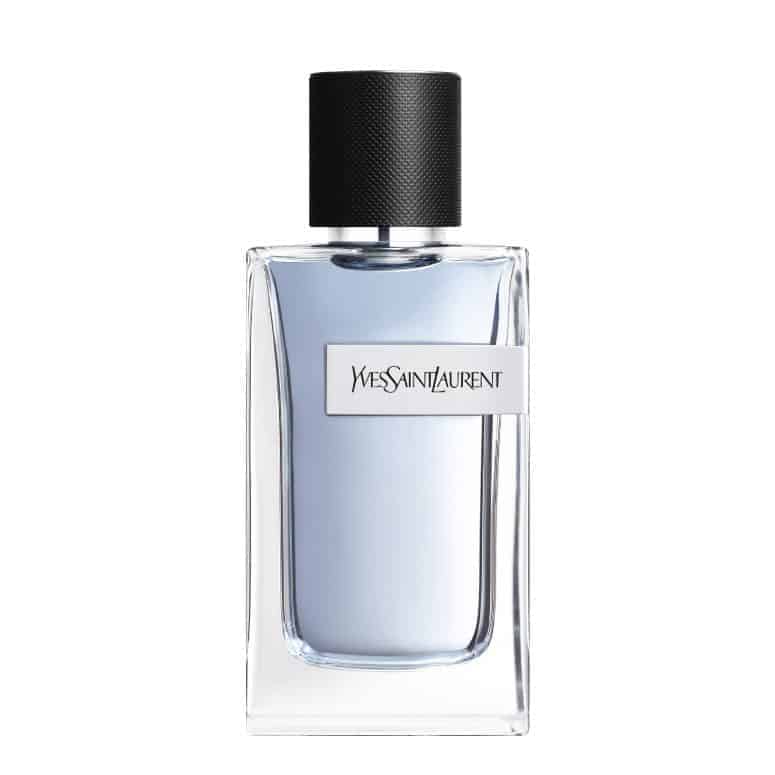 Our next fragrance is Y Eau de Toilette. This fragrance is actually inspired by generation Y – born in the 1980s and 1990s – and is meant to cater to a younger crowd coming into its own. Y, launched in 2017, is a new interpretation of the iconic white t-shirt look that is a hallmark of Yves Saint Laurent fashion.

Top notes include spicy ginger, bergamot, and aldehydes. There is also a whiff of lemon and mint. The heart notes include green apple and pineapple, along with geranium, violet, and sage. Notes of cedar, vetiver, and balsam fir are at the base, along with incense, musk, and ambergris. This scent is refreshing with moderate staying power, and won’t overwhelm. You can wear it to work or out on a date. 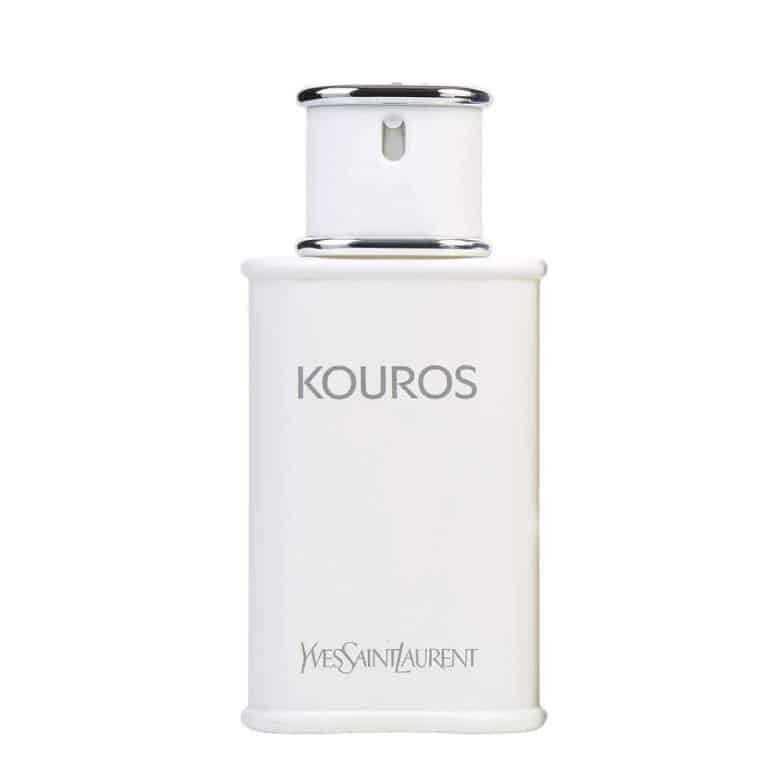 Our next fragrance is one of Yves Saint Laurent’s older fragrances, Kouros. Launched in 1981, this is an aromatic fougère fragrance. It’s one of those scents that you either love or hate. Coming across as rough and hefty, Kouros is filled with dense, even medicinal masculine ntoes, including coriander and sage with aldehydes and artemisia, as well as a little bergamot to keep it from getting too intense.

The heart notes are patchouli, vetiver, carnation, and geranium, with some cinnamon and orris root. At the base is a rich honey and amber, as well as leather, tonka bean, musk, oakmoss, civet, and vanilla. This scent is not for the faint of heart: It is powerful, strong, and it stays on for days. Kouros is definitely for a man on the prowl who wants his prey to notice him. 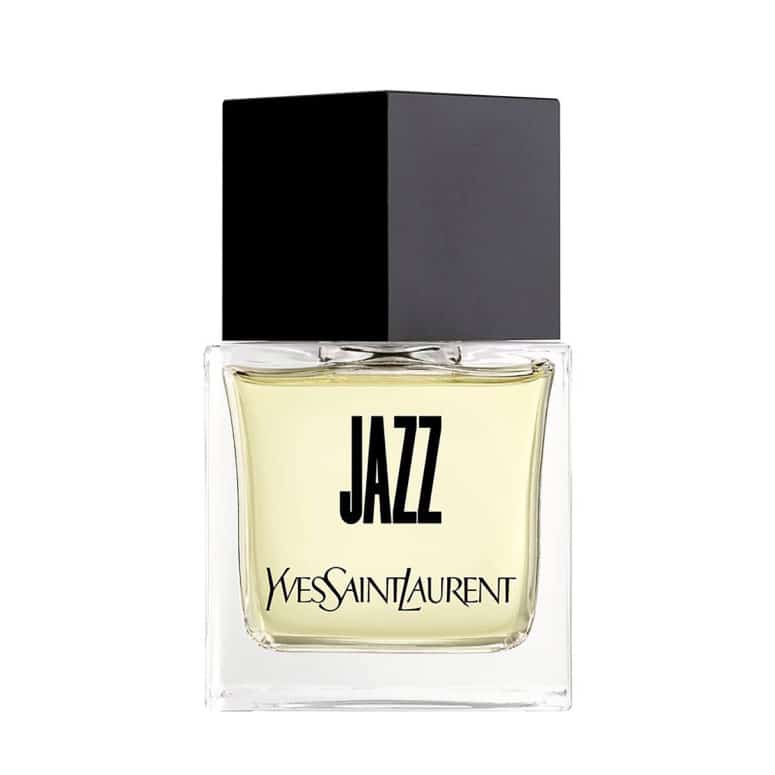 Created in 1988 by Jean-Francois Latty, Jazz appeared next in line after Kouros. Unlike Kouros, this scent is not as polarizing. The aromas used are not as bracing as they are in Kouros.

The top notes include green notes of basil and artemisia, spice notes of nutmeg, cardamom, coriander, and cinnamon, as well as lavender and bergamot. These initial notes give way to heart notes that include florals like jasmine, carnation, and geranium, as well as the fresh earthiness of iris. The base is all masculine: There are notes of leather, sandalwood, cedar, musk, tobacco, and amber. Unlike Kouros, Jazz doesn’t overpower those around you, as the sillage is only moderate. It does have good lasting power, making it a great fragrance for a long night out! 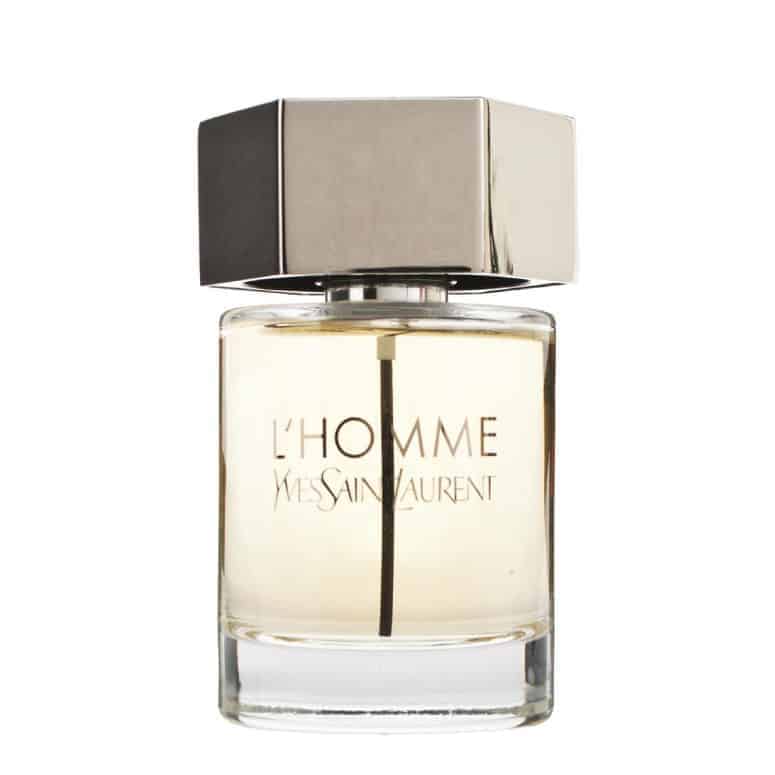 The 2006 concoction YSL L’Homme is last on our list. This fragrance was designed by Anne Flipo, Pierre Wargnye, and Dominique Ropion, who were also responsible for La Nuit de L’Homme. This fragrance is great for the more temperate months of fall and spring, and is certainly safe to wear on a first date. Its delicate scent won’t overpower anyone you want to impress.

The top notes include some spice and citrus with bergamot, lemon, and ginger. As the fragrance dries, the heart notes come into play with prominent white pepper, basil, and fresh, earthy iris. The rich and powdery base notes include vetiver, tonka bean, oakmoss, and sandalwood.

YSL L’Homme has moderate lasting power and subtle projection. It’s definitely a fragrance that younger men seem to enjoy, and you can wear it all day and into the evening.

If you like smelling good, you’re going to love feeling great with these products: