Rugged, sophisticated, expansive – American designer Tom Ford may have only come on the scene in the recent past, but he has become a defining voice in the world of fashion and fragrance.

Our choice for the best Tom Ford cologne for men is Tobacco Oud. As the name suggests, this scent is deep and masculine, and speaks of confidence – what every man wants to project!

When Tom Ford took over over Gucci in 1994, it was a moribund fashion house that needed a serious makeover. And make it over he did. He updated the Gucci look, injected it with more sex appeal, and also helped oversee the Gucci label expansion.

When he left in 2004, there no doubt that the fashion world would be hearing the name Tom Ford again, and so when his own fashion line appeared, it was eagerly received. Ford also comes from a line designers that thinks the olfactory sense is central to real fashion. He has always had a passion for fragrances, and his scents have made their mark.

Though his company launched a relatively short time ago, he already has numerous scents for both men and women. We put together this list of the top five Tom Ford colognes to help the discerning man who set his sights on a Tom Ford scent to add to his collection.

One of the most recognizable figures in fashion today, Thomas Carlyle Ford was born in Austin, Texas in 1961. His family moved to Santa Fe when he was 11 years old, and he graduated from St. Michael’s High School at age 17.

Ford had an early interest in design, noting, “I was always very visual, always interested in design.” He credits his mother and paternal grandmother as early influences on his sense of style.

In 1979, Ford moved to New York City and enrolled at New York University to study art history. A frequent visitor of Studio 54, his grades suffered and he decided to drop out of school. In 1980, he moved to Los Angeles where he worked as an actor in television commercials. He eventually moved back to New York and studied at the Parsons School of Design in The New School.

His second scholarly stint in New York focused on architecture. Ford also spent over a year in Paris working in the press office for the French fashion house Chloé. Upon his return to New York, Ford resolved to pursue a career in fashion, which he felt struck “the right balance between art and commerce.”

In 1985, Ford got a job working for sportswear designer Cathy Hardwick. In 1988, he moved on to Perry Ellis, where he worked for two years. However, he felt stifled by the American fashion scene, and wanted the opportunity to grow as a designer. So in 1990, he moved to Milan where he had been hired as the women’s ready-to-wear designer for Gucci.

At the time, Gucci was struggling financially, and Ford almost instantly helped turn the label’s fortune around. He rapidly moved up the company’s ranks, becoming design director in 1992, and later creative director in 1994.

By all accounts, Ford is credited with reinventing Gucci’s image by introducing modernized retro designs with sex appeal. He oversaw the company’s growth and increase in revenue: From 1995 to 1996, Gucci’s sales increased by 90%. By the end of the 1990s, the company had rebounded from being on the verge of bankruptcy to being valued at more than $4 billion. An absolutely stunning reversal of fortune!

In 1999, Gucci acquired the house of Yves Saint Laurent, and Ford served as creative director. Though Saint Laurent was not happy with Ford’s designs, the company’s fortunes turned around as well, and Ford inspired yet another renaissance for the ready-to-wear side of the company.

In 2004, after business negotiations broke down, Ford left Gucci. He described the experience as “devastating,” since he had been working 18-hour days and pouring everything he had into Gucci over the previous 15 years.

However, this new freedom meant new opportunities. In 2005, Ford launched a film production company, Fade to Black, and then in 2006, he launched his own fashion label, which originally focused on men’s fashion. In 2010, he launched a women’s line as well.

Artistic genius often needs many outlets: In 2009, Ford made his directorial debut with the film “A Single Man” starring Colin Firth. Firth received an Oscar nomination, and Ford was nominated for the Independent Spirit Award for Best First Screenplay.

Over the years, Ford has dressed numerous Hollywood stars and was also embraced by the music scene. He is mentioned in the hit song “Suit and Tie” and even had a song named after him by rapper Jay Z. The song went on to sell over a million copies, making it platinum.

Ford’s second movie, “Nocturnal Animals” was released in 2016, starring Jake Gyllenhaal and Amy Adams. It was a critical success.

As usual in the world of fashion, Ford is also the subject of some controversy. In particular, his ad campaigns are often derided as too sexually exploitative.

The smell of success

In 2006, Ford launched his first fragrance, Black Orchid, which received numerous awards. The Ford line quickly established itself as a quality and stylish option for both men and women.

Given Ford’s track record of success, it is easy to believe that his line of fragrances will continue to impress. He once noted, “I think fragrance might be more important than clothes…I’d have a harder time living without it than fancy clothes and fancy furniture.”

Our ranking of the top five Tom Ford colognes is the result of extensive research, including careful analysis of metadata from several trusted review sites, hours of online research, and reading and listening to reviews from fragrance experts, industry watchers, and cologne fans around the world. We also got a chance to try the products ourselves! After compiling the results, we created our list of the top five Tom Ford colognes for men.

Our research led us to consider the following categories when we chose the top Tom Ford colognes:

If you are considering a new bottle of Tom Ford’s best offerings, check out our list to help you decide which one is right for you! 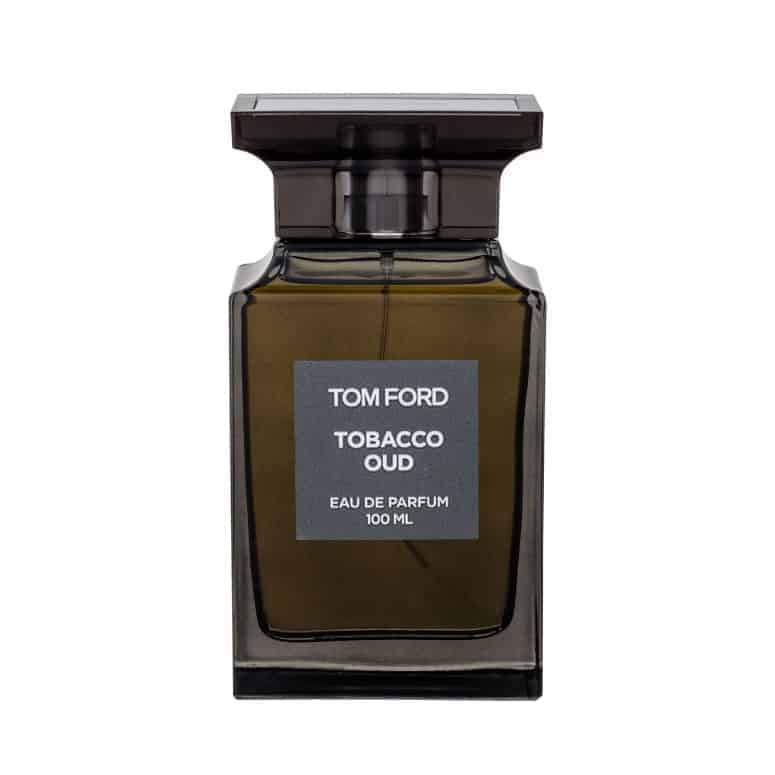 Our first Tom Ford fragrance is Tobacco Oud. This fragrance, initially launched in 2013, was developed by Olivier Gillotin. As the name suggests, it is filled with masculine scents, opening with a whiskey note that, even in its initial burst, has a resinous depth.

The middle notes are filled with delicious spices like cinnamon and coriander, and the base notes bring in the woody depth that gives this fragrance heft. Notes of cedar wood, oud, sandalwood, and patchouli are matched with aromatic tobacco, vanilla, and incense to create a mixture that exudes masculinity. Tobacco Oud has good duration with moderate sillage, so you can wear it in a variety of settings. 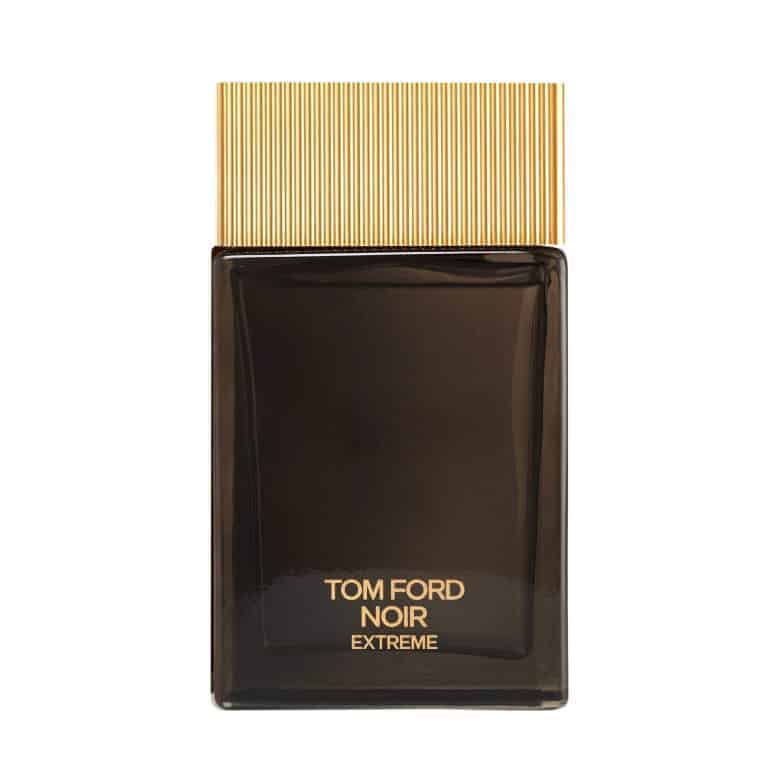 Noir Extreme is the most recent iteration of Tom Ford’s Noir line of fragrances. As with many of Ford’s creations, Noir Extreme speaks to the man seeking to push the limits. This Oriental fragrance first appeared in 2015, featuring top notes including orange and a variety of spices like cardamom, nutmeg, and saffron.

The heart notes include floral rose, jasmine, and orange blossom, as well as the sweet smell of kulfi and resinous lentisque. The base contains woody notes, with sandalwood, vanilla, and amber, giving a round quality to the scent. Noir Extreme has moderate sillage with good staying power, and some users claim it lasts up to 10 or 12 hours. Wear this fragrance at night out on a date, and preferably in the fall or winter for the best effect. 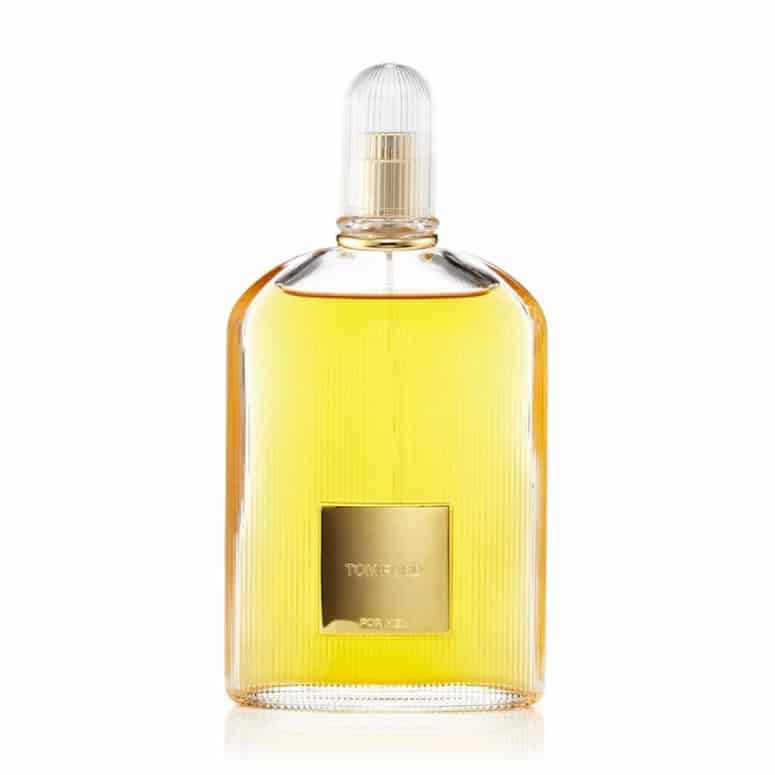 Yves Cassar, the same nose that produced fragrances for Calvin Klein and Avon, is behind this scent. Tom Ford for Men was launched in 2007, and put Ford on the map of the fragrance world. Well-received, this cologne was widely celebrated as a scent that mixed the modern with the traditional. The top notes feature a wave of citrus combined with spicy ginger and green notes of basil and violet leaf.

Orange and grapefruit blossom are at the heart of the fragrance, with spicy black pepper and masculine tobacco. The base features leather, vetiver, cedar, and patchouli, accented by the warm sweetness of amber. This scent is quite soft in terms of sillage, and its duration is only moderate, making it very versatile. You can wear Tom Ford for Men in a variety of settings and seasons, though it is ideal in warmer months. 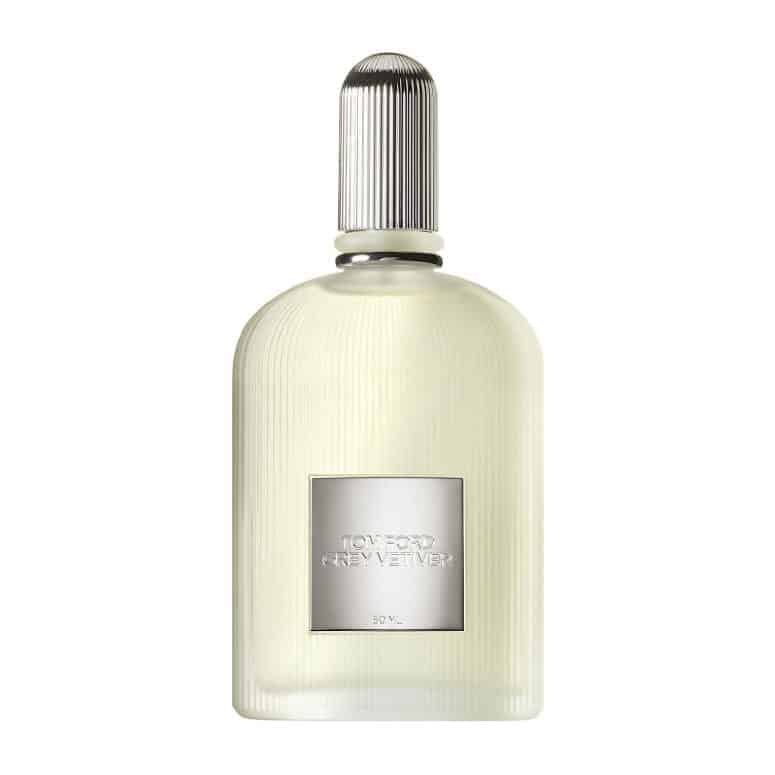 Our next fragrance is the widely beloved Grey Vetiver, which first appeared in 2009. Ford envisions his fragrance worn by the man who has custom suits manufactured for his own collection. Projecting a sense of solidity and masculinity, this scent subtly begins with a whiff of grapefruit and the floral notes of orange blossom and sage.

The heart notes include spicy red pepper and nutmeg. There is also orris root, lending the middle of the fragrance a powdery fresh feel. The woody base notes include amber, oakmoss, and, of course, vetiver. The overall concoction is a fragrance that you can wear in a variety of settings because of its moderate sillage, but warm, confident masculinity. It is also a long-lasting scent, which is a plus, because it is not cheap. 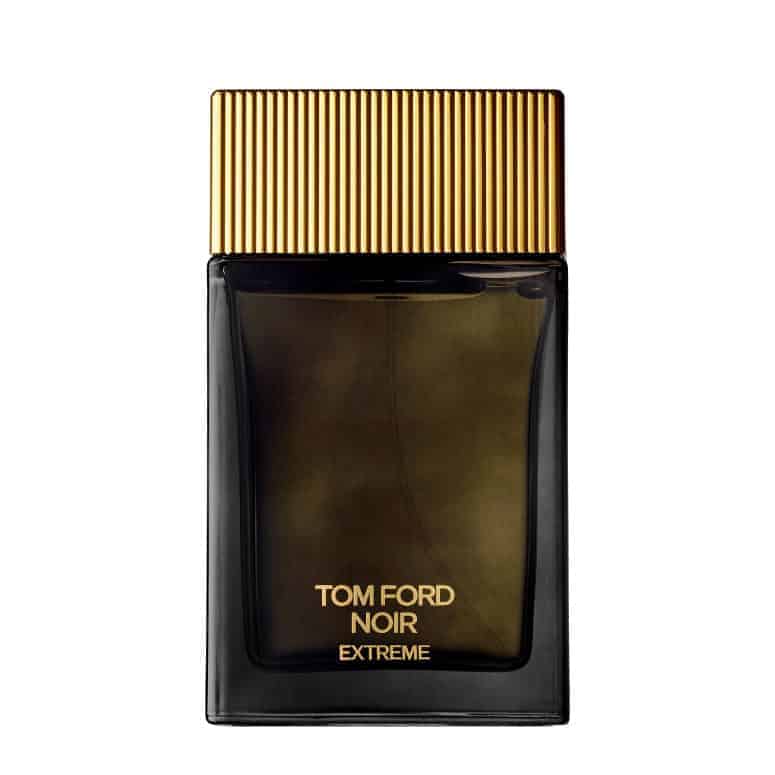 Extreme is a more intense version of Ford’s original fragrance, Tom Ford for Men. It was produced on a limited edition count in 2007 and is only available at Tom Ford boutiques. This complex cologne draws on a number of different scents, and some users note that it is reminiscent of classic fragrances from the 1970s.

Notes including violet, plum, and birch tar give you a floral and intensely sexual scent with hints of lemon and fig. There are also base notes of cedar and patchouli, and hints of truffle. Extreme is a moderate lasting scent with only moderate sillage, which some may prefer. It is certainly flexible, which is good because while it is not the most expensive cologne, it is not cheap. Extreme is for you if you want a sophisticated and sexual scent for a night out on the town.

Here are some other top-notch grooming products to pair with your favorite cologne: