Country or urban, southwest or northeast, Ralph Lauren has been inspired by the American spirit for over 50 years.

Our choice for the best Ralph Lauren cologne for men is Polo. This was the scent that young men – and some young women – began to wear in the 1980s to look and feel cool. And it’s still cool today!

Self-taught fashion icon Ralph Lauren has been defining American fashion for over 50 years. His signature polo shirt is a staple in everyday wear for both men and women of all ages. Part of the success of Lauren’s branding comes from the symbols of exclusivity placed on products that were actually within reach of the everyday consumer.

The polo player logo has appeared on Lauren’s clothing, apparel, and cologne bottles over the decades. The green original Polo fragrance became an instant classic and continues on as an icon and avatar for the east coast preppy look. This scent embodies the eternal aspirations of the American dream.

Over the years, Ralph Lauren has created a number of different fragrances for men and women to complement the original masterpiece. There are enough options now to make choosing one a difficult task. We created this short list of the top five Ralph Lauren colognes for men to help you find the scent that embodies your own aspirations.

Is there a logo in American fashion that is more readily recognized than Polo? It’s hard to name one. Ralph Lauren was born in the Bronx in 1939 to Jewish parents who had emigrated from Belarus. His father was an artist and house painter.

As a young man, Lauren briefly attended the Manhattan Talmudical Academy before graduating from DeWitt Clinton High School. He served in the U.S. Army from 1962 to 1964, after which he became a salesman for the tie manufacturer Beau Brummell.

Lauren convinced the company to let him start his own line of ties, and at the young age of 28, Lauren secured a $50,000 loan and founded the Ralph Lauren Corporation. He worked out of a single drawer in a showroom in the Empire State Building, and delivered his ties to stores himself.

He named his first line of menswear Polo in 1968. The next year, he secured an agreement with Bloomingdale’s in Manhattan to be the exclusive purveyor of his line. The Polo emblem appeared for the first time in 1971 on a line of tailored shirts for women, and the next year Lauren launched an entire line of women’s wear.

Lauren chose the Polo emblem both because of his interest in sports, and as an image of luxury. He designed his clothes for people aspiring to live a life of luxury, once noting, “I don’t design clothes; I design dreams.”

In 1971, Lauren opened a store in Beverly Hills and released the signature short-sleeved cotton shirt for which the company became famous. The polo shirt was not original to Lauren, but was created by René Lacoste for tennis players in 1926.

Like other designers, Lauren also entered the world of Hollywood. In 1974, he designed the wardrobe for the movie “The Great Gatsby” and was also involved in the 1977 film “Annie Hall.” He has gone on to dress Hollywood elite, as well as political figures like the Clintons, the Obamas, and Melania Trump.

As a result of Lauren’s partnership with L’Oréal, the ‘70s ended with Lauren launching his first fragrances for men and women: Lauren for women, and the iconic Polo for men. In 1979, the partnership also produced Chaps for men and Tuxedo for women. To date, Lauren has released over 50 fragrances.

In the 1980s, Polo and Ralph Lauren really took off. Almost every kid in the U.S. from 10 years old and up wanted two things: a Members Only jacket, and a Polo shirt. The brand went international in 1981, and Lauren opened his flagship store on Madison Avenue in New York City in 1986.

In the ‘90s, Lauren launched new lines like Polo Sport and Ralph Lauren Purple Label. The company also became publicly traded on the New York Stock Exchange in 1997. Lauren also opened his first restaurant in 1999, followed by two others in 2010 and 2015.

Currently, the company manages 17 fashion brands, and by the end of 2016, there were 493 Ralph Lauren stores operating around the world.

With no formal training in design, Lauren’s rise is remarkable. He was entirely self-taught, even when he was creating handmade ties in high school. Though he attended college at Baruch College in New York, he studied business.

This “rags to riches” story fits quite well in Lauren’s vision. He has always pointed to the American scene as the primary inspiration for his fashion lines.

Noting, “When I started out, everyone in the fashion world seemed to look toward Europe for newness and real fashion. I was always inspired by America…I loved east coast preppiness, the utility of the cowboy’s worn jeans, American folk art, the glamour of Hollywood, and the rich heritage of Native American craftsmanship. It’s always been there, right in front of us – on the streets, in the small towns, in the big cities – in the way people live.”

And again, “I have always been inspired by the dream of America – families in the country, weathered trucks and farmhouses; sailing off the coast of Maine; following dirt roads in an old wood-paneled station wagon; a convertible filled with young college kids sporting crew cuts and sweatshirts and frayed sneakers.”

Over the years, Lauren has garnered numerous fashion awards, and has been intimately involved in a variety of philanthropic ventures.

Our ranking of the top five Polo colognes for men was derived from rigorous research. We conducted a careful analysis of metadata from trusted review sites, and spent hours reading and listening to various reviews from industry insiders, fashionistas, and everyday cologne users around the world. And we had the opportunity to try the products for ourselves! Then, we compiled our results and constructed this list.

In our research, we considered the following categories most essential to developing our ranking:

Considering which Polo cologne is right for you can be a challenge, so take a look at our list before you make your next purchase! 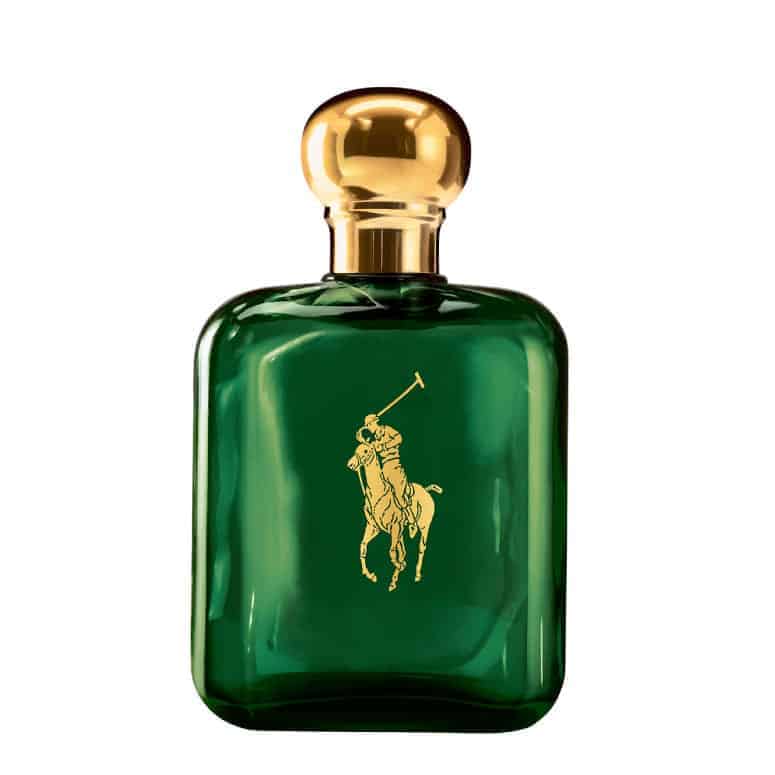 Our first Ralph Lauren fragrance is the classic Polo. Drawing on the exclusivity of luxury, this scent embodies the aspirations of the middle and upper-middle classes in North America. With its iconic green bottle embossed with the polo figure in gold, this scent was developed by Carlos Benaim and originally introduced in 1978. This scent dominated the preppy circles of the northeastern U.S. in the 1980s.

The top notes are a combination of green notes of basil, thyme, and artemisia, and a delightful spiciness from cumin, coriander, and cloves. The heart is made up of a strong masculine leather and black pepper, with pine, carnation, rose, and geranium. The base notes ground the scent with cedar and tobacco, as well as patchouli, musk, vetiver, amber, and leather. You can wear this scent in any season and in a variety of settings. 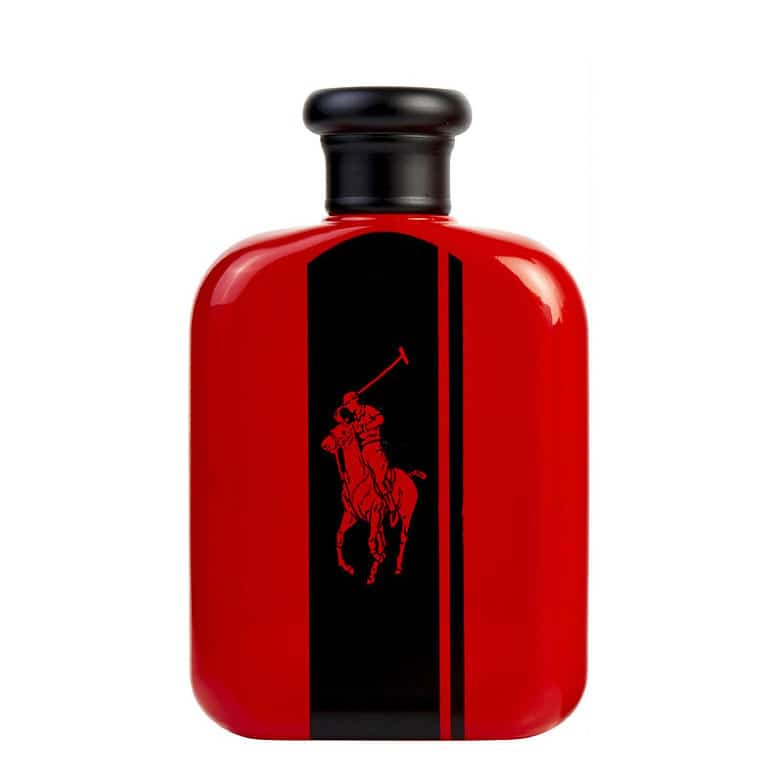 Our next Ralph Lauren fragrance for men is Polo Red Intense. Launched in 2015, this woody and spicy fragrance was developed by Olivier Gillotin. Inspired by the fast cars Ralph Lauren loves to collect, Polo Red Intense is a darker scent that works very well in the transitional seasons of fall and spring with its spicy and woody tones.

The top notes include grapefruit and lemon with saffron, and the unusual cranberry. Rich and spicy notes of ginger and coffee with sage and lavender make up the heart notes. The base notes include cedar, amber, and a rich, deep leather. Like other Ralph Lauren fragrances, this one also lasts for a long time. Depending on how you apply it, it can have moderate to heavy projection. This aggressive cologne will certainly make sure you stand out on your evening outings! 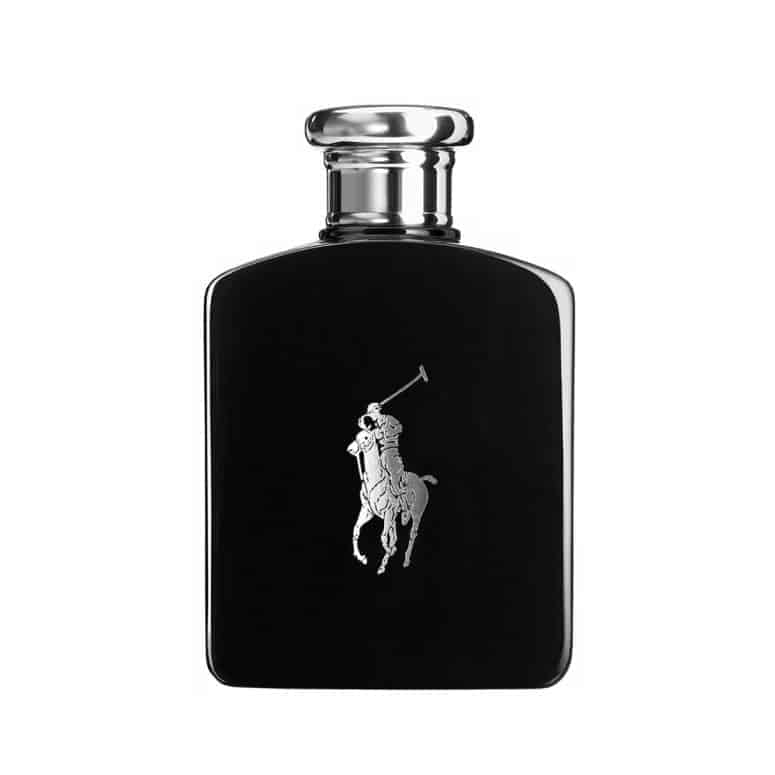 Polo Black is our third fragrance, developed by the well-known perfumer Pierre Negrin in 2005. Polo Black is a woody fragrance, featuring a lovely fruity bouquet opening, with top notes of mango, lemon, and tangerine, underwritten by spice and wood.

Patchouli and sage are at the heart, and after the fragrance dries, you start to get hints of sandalwood and tonka bean. Polo Black is flexible year-round, with moderate sillage and longevity. Users note it lasts about six hours, making it a solid fragrance that works well in many settings. You can wear it to work or out on the town. 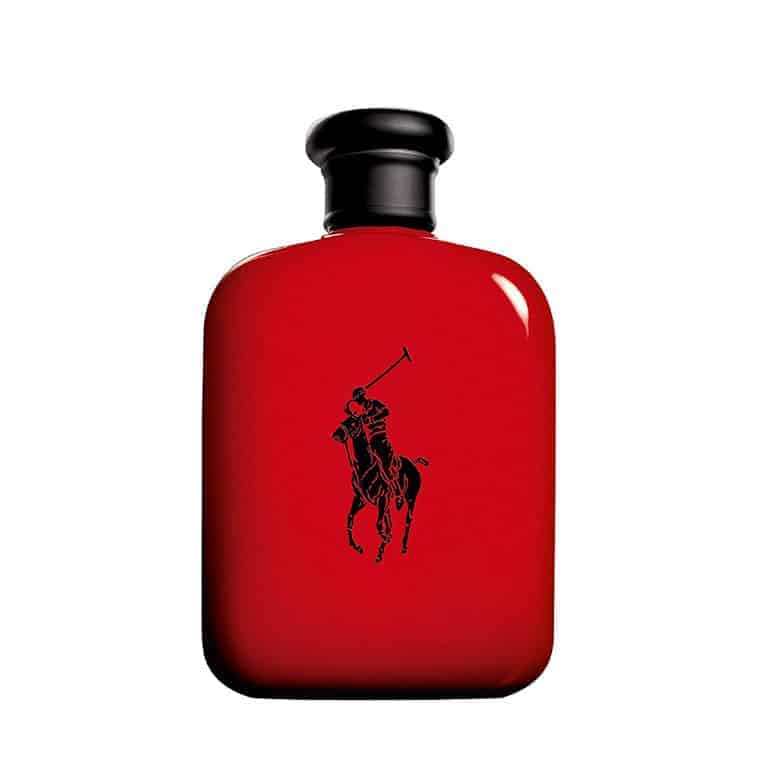 A subtler variation of our second-place cologne, Polo Red earns the fourth slot on our list. Designed by Olivier Gillotin, this fragrance is described as an energizing, sexy scent. It’s known for its spicy, slightly sweet, and woody character, with a bold contrast of redwood and red grapefruit.

Saffron and, to a lesser extent, sage are built on base notes of amber and coffee. At the top, there are notes of Italian lemon and cranberry. This is popular as a sporty cologne: It’s defined and masculine without being too overwhelming, which makes it an excellent choice if you’ve tried Red Intense and found it too strong for your taste. Polo Red is generally considered a safe choice — perhaps a bit too much so for some. 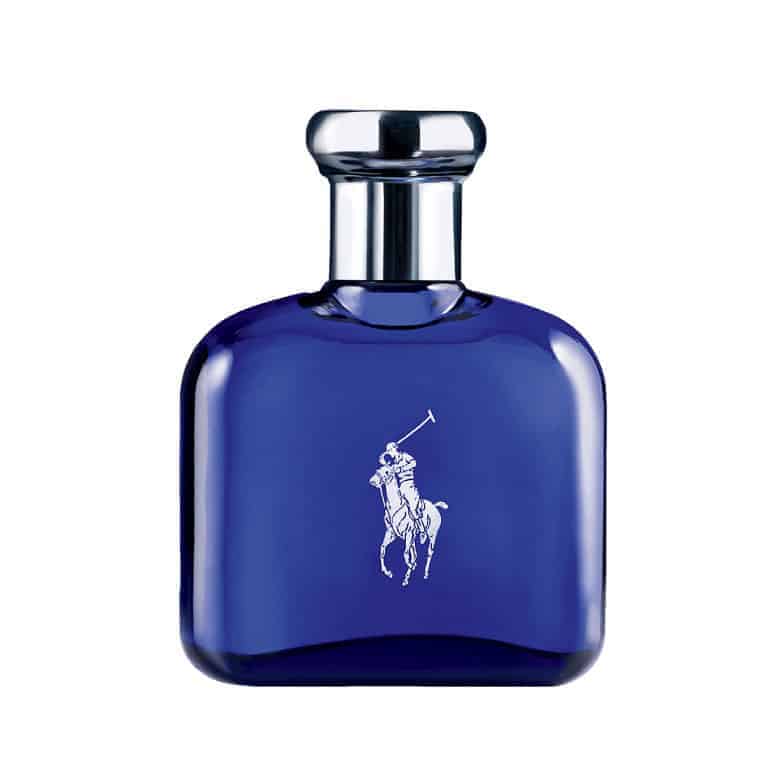 Rounding out our list of Ralph Lauren colognes for men is Polo Blue. Classified as an aromatic fougère (or fern) fragrance, Polo Blue was first launched in 2003. It was created for Ralph Lauren by Carlos Benaim and Christophe Laudamiel. Not surprisingly, this fragrance was designed to be a refreshing, even aquatic fragrance that works well in the heat of summer.

The top notes include the unique combination of cucumber, melon, and mandarin orange for a very fresh opening. The heart notes are lively basil, sage, and geranium, while underneath are woody base notes, as well as musk and suede. As expected, this light fragrance has a short duration and moderate sillage. You can definitely wear Polo Blue in a variety of settings.

Here are some more of our favorite products to keep you feeling great and looking good!