The Gucci name is associated with handbags and fine leather goods, but Gucci has also created some really amazing colognes for men.

Our pick for the best Gucci cologne for men is Guilty Pour Homme. A clean and crisp scent, this cologne is meant to captivate your date – and make them want to stay the night!

The house founded by Guccio Gucci has become a purveyor of fine scents as well as women’s handbags and fine leather luggage. They have produced scents for decades, many of which are the go-to options for men around the world, with the first being released in 1976.

If you know anything about the company, you might know that it has had its ups and downs. On the verge of bankruptcy in the 1980s, Tom Ford came in the 1990s to revamp the look and feel of Gucci’s entire fashion line, including their fragrances. Though Ford parted ways with Gucci somewhat unceremoniously, he left the company in a better state than he found it.

Ford updated Gucci’s look and injected sex appeal back into both the fashion line and fragrances. He, and the creative staff that followed him, also launched a number of fragrances. Our list of the top five Gucci colognes for men will help you choose which fragrance is best for you!

With one of the most iconic fashion logos, Gucci is known worldwide as a luxury fashion brand. The company was founded in 1921 by Guccio Gucci, the son of an Italian leather goods maker from Florence. As a young man, he was a hotel worker in Paris and London, where he was impressed by the luggage of wealthy patrons.

When he returned home to Florence, he opened a shop in 1920 to produce fine leather handbags, hiring skilled workers with expertise in Florentine leather working. Along with his three sons, he expanded the company and opened stores in Milan and Rome.

Always known for their exquisite leather craftsmanship, Gucci is also credited with creating the loafer shoe in 1932. During that same decade, Gucci’s son Aldo designed the now famous double-G logo, adding to the brand’s panache.

Because of an embargo imposed by the League of Nations as well as the second World War, Gucci had to find alternatives to leather in the 1930s. He turned to Naples-produced hemp, featuring the now signature print of small dark brown diamonds on a tan background.

By the 1950s, Gucci’s reputation as the premier handbag maker was secure. Guccio Gucci died in 1953.

Expansion and near collapse

In that same year, the first overseas Gucci store opened in Manhattan on 58th Street. Meanwhile, movie stars and wealthy patrons from around the world visited Florence to shop at the Gucci store.

Throughout the 1960s and ‘70s, the company did well and the New York store moved to 5th Avenue in Manhattan. The company also opened stores in London, Palm Beach, Beverly Hills, Tokyo, and Hong Kong. And in 1961, the Gucci bag that Jacqueline Kennedy carried was renamed the Jackie.

In the 1980s, however, internal family disagreements brought the company to the brink of bankruptcy. In 1983, Maurizio Gucci – grandson of Guccio and son of Rodolfo Gucci – took over the company. He dismissed his uncle Aldo, who was eventually convicted of tax evasion and forced to serve a one-year sentence in the Federal Prison Camp at Eglin Air Force Base, Florida.

Unfortunately, Maurizio wasn’t a very good businessman, and he was forced to sell the company to another company based in Bahrain in 1988, though he remained president until 1993. This marked the end of the family’s involvement in the company. Tragically, Maurizio was murdered in 1995 by a hit man hired by his wife.

After some shake-up at the company, Tom Ford was hired to oversee the ready-to-wear line. He was eventually made creative director in 1994, and Gucci’s fortunes turned around.

In 1995, Gucci went public and had its first initial public offering. By 1997, there were at least 76 Gucci stores around the world, and the European Business Press Federation named the company “European Company of the Year” in 1998.

In 1999, Gucci acquired the house of Yves Saint Laurent and Ford was put in charge as creative director. Both Ford and Domenico De Sole were the primary power brokers within the company, overseeing almost all major business and creative decisions.

This changed in 2003 when the French conglomerate Pinault-Printemps-Redoute was able to acquire 60% ownership of Gucci Group’s stock. They decided not to renew De Sole or Ford’s contracts in April 2004.

After Ford’s exit, Gucci promoted from within the company. They turned to John Ray, Alessandra Facchinetti, and Frida Giannini, all of whom had worked under Ford. Eventually Giannini was named creative director.

On the road again

Since the days of Aldo Gucci, the company has had a profitable relationship with the auto industry. In the early 1970s, the American Motors Corporation struck a deal and began offering luxury trim packages designed by Gucci in its Sportabout station wagons.

We developed our ranking of the top five Gucci colognes for men through rigorous analysis of metadata from numerous review sites, and hours of online research including reading and listening to reviews from fashion experts, industry insiders, and cologne users. We also got a chance to try the products ourselves.

Our research led us to consider the following items for our ranking:

Before you decide on your next Gucci cologne, check out our list of their top five fragrances! 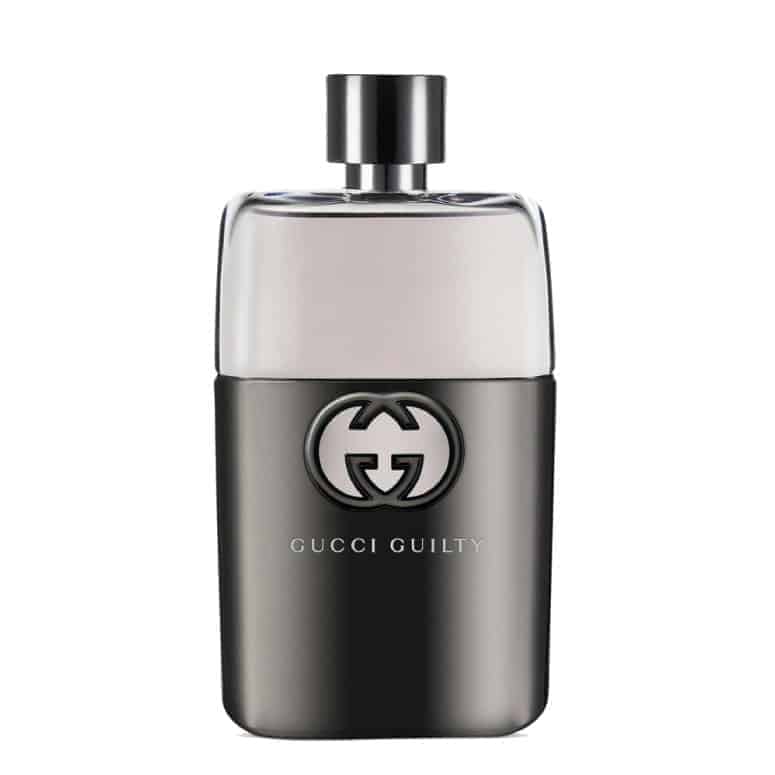 Our first Gucci fragrance is Guilty Pour Homme. This cologne was developed by Jacques Huclier and was introduced to the public in 2011. Appealing to the man who knows what he wants, the bottle itself projects the image of masculinity through its cold metal and heavy glass design.

The fragrance opens with a fresh bouquet of lemon and lavender, and the heart notes contain orange blossom with a hint of bergamot. The base notes include cedar and patchouli for heft and depth, and soothing vanilla to round out the citrus notes.

The end product is an elegant and fresh scent with both musky and woody undertones. It works great for a variety of settings, and the sillage is very moderate. Guilty Pour Homme lasts around six to eight hours, certainly giving you your money’s worth. This warm weather scent works well for day or night. 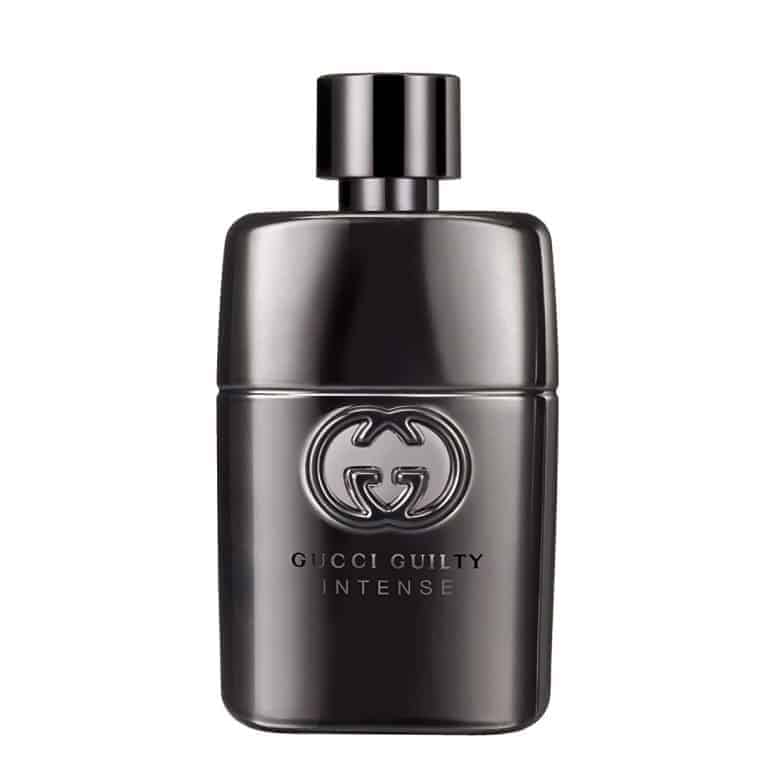 Our next fragrance offers a slightly different take on the first one. Gucci Guilty Intense has a lot in common with Guilty, however the lavender note is more dominant. This version was also launched in 2011, and like its cousin, it is also a warm and bright cologne. Along with a stronger dose of lavender at the top, there is also coriander and lemon, which was especially prominent in the original Guilty.

The heart notes bring in neroli and orange blossom, which mix with the lavender. Underneath is a luscious amber, along with cedar and patchouli, giving the scent a solid base. The overall effect is a floral scent embedded in rich amber. The scent is long-lasting, beyond 10 hours for some, with moderate sillage. This is also a casual wear scent that works well for the warmer months, and is perfect for fun summer. 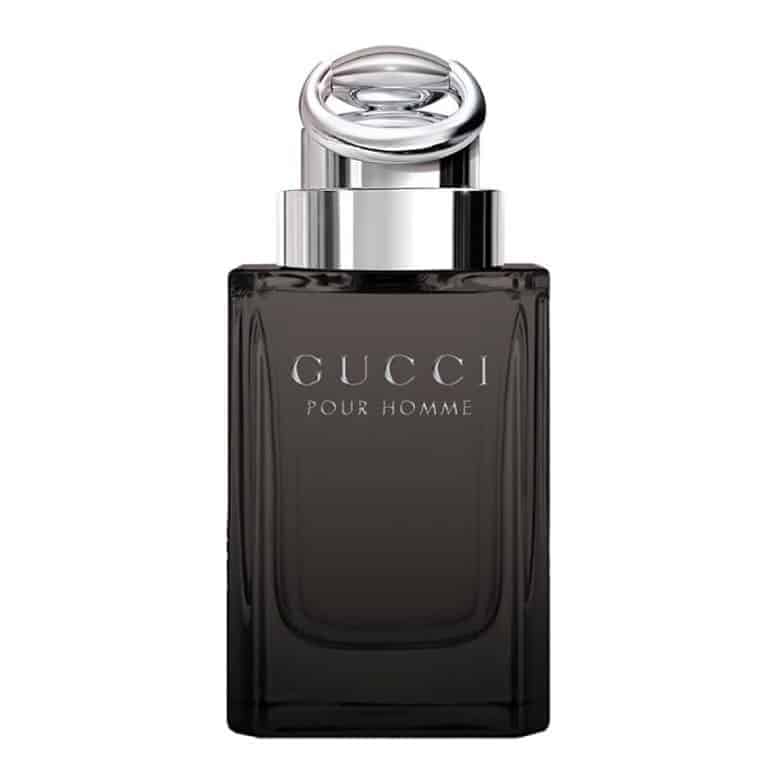 Our next fragrance is Gucci Pour Homme. Launched in 2008, this fragrance was developed by Aurelien Guichard and Frida Giannini, who took over after Tom Ford left in 2004. The concept exudes sexuality, and you may have seen the commercials featuring James Franco.

This fragrance opens with notes of cypress, bergamot, and violet, with deep tobacco and jasmine heart notes. Underneath, there are notes of patchouli and leather, along with amber and resinous olibanum and elemi.

Gucci envisions the wearer as a tall, dark, and handsome man who is both confident and mysterious. This cologne is certainly best for evening wear, but it is flexible enough for daytime. The duration is moderate, however the sillage is not overwhelming – so she’ll have to lean in to catch the scent. 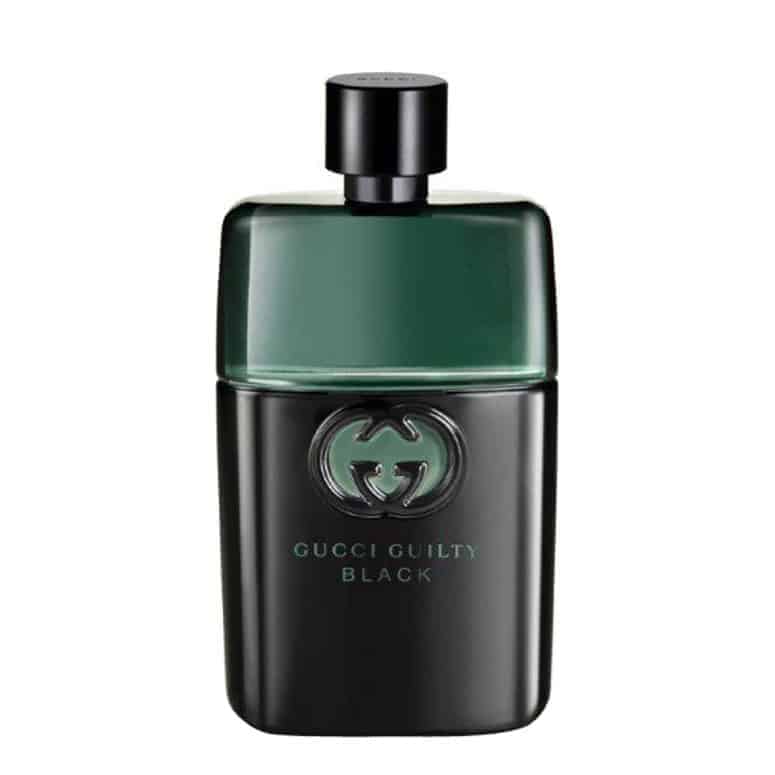 Based on the cologne’s branding, many expect Guilty Black Pour Homme to be a vibrant, bold scent. But that’s simply not what this cologne is here to do. It’s known as one of the most popular fougère scents (a class of perfumes coming from the French word for “fern”). Subtle and clean, this scent’s fresh, sporty feel makes it one of the most versatile options on our list.

The opening notes include coriander with a distinctive touch of floral lavender. Its heart notes, like others in the Guilty line, are rich in orange blossom and neroli. At the base, you’ll find patchouli and cedar. Altogether, the effect is green and earthy, with a good balance of subtlety and masculinity. 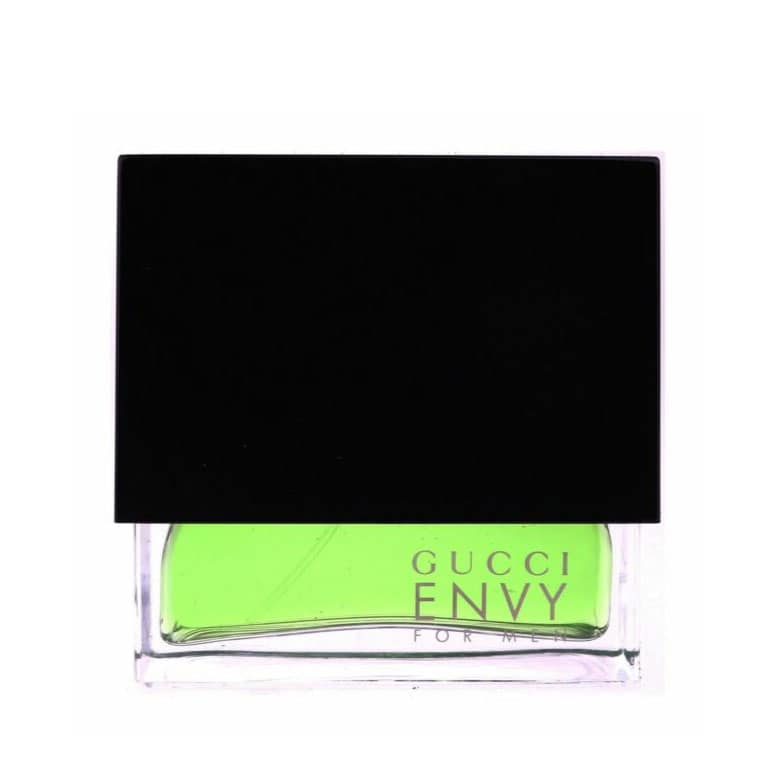 Another fragrance from the Tom Ford era, Envy for Men launched in 1998, and is currently being phased out. Supposedly competing with Calvin Klein’s Obsession, Envy for Men is a combination of sexy and reserved. The scent opens with woody top notes along with citrus and spices. There is also a rush of lavender.

In the middle, the woody notes take over with sandalwood and cedar, accompanied by floral scents from rose, carnation, and jasmine. The base includes masculine leather, patchouli, tobacco, vetiver, and musk, along with sweet notes of vanilla and amber. There is also a wonderful bit of incense as well. The fragrance lasts a good long while – up to 10 hours. With moderate sillage, you can wear it in a variety of settings and it won’t become overwhelming.

If you need some other products to use along with your favorite Gucci cologne, check out these great suggestions: