Dark and brooding, or luxuriating in gold and amber, Christian Dior fashion and fragrances are as sexy and relevant as they have ever been.

Our pick for the best Christian Dior cologne for men is Homme. Known for deep and rich undertones of vanilla and leather, and fresh heart notes of iris and pear, this fragrance has consistently been one of Dior’s bestselling scents.

Creator of the beatnik look among many other things, Christian Dior played a seminal role in reinventing and reinvigorating French fashion after World War II. His styles pushed limits and forced the establishment to respond. Always an innovator and forward designer, Christian Dior was also deeply committed to making beautiful and alluring scents for both men and women.

From his groundbreaking Miss Dior to the controversial Sauvage, Dior fragrances span the gamut. Like other designers, Dior was always convinced that part of what makes a cutting edge look includes a great fragrance. What sets him apart in this regard? He was really the one to link clothing and fragrance in way so that fashion became a word that included both.

Though Christian Dior died in the 1950s, the fashion house of Dior has continued to make new and adventurous scents. Their catalogue is now enormous, which obviously raises the question: Which one is right for you? Our ranking of the top five Christian Dior colognes for men will provide some guidance. If you have set your sights on a new fragrance from Dior, check out our list.

The 1920s through the 1940s is often considered the golden age of French fashion. As it happens, the artistic and design aesthetic of Christian Dior, one of the great designers of his generation, was formed during this remarkable period.

Originally born in Normandy, Dior’s family moved to Paris when he was only five years old. Early on, Dior was interested in art and chose to eschew the career in politics his family hoped for him. In the 1920s, he owned a small art gallery that showcased pieces by Picasso and other artists.

In 1937, he was hired by Robert Piguet to design three collections. After serving in the army, Dior worked in the fashion house of Lucien Lelong. As a designer during this period, Dior was also employed by the occupying German army – and particularly army wives – though his sister was a member of the French Resistance.

In 1946, with the war behind him, Dior founded his own fashion house with the help of entrepreneur Marcel Boussac. He made an immediate splash with a collection he presented in 1947, which many considered flamboyant because of the amount of fabric used. At the time of the war, there had been significant shortages and rationing of fabric.

Caramel Snow, the editor of Harper’s Bazaar, was overwhelmed by Dior’s show and gave it the name “New Look,” having exclaimed, “It’s such a new look!” The so-called New Look was hailed as a kind of revolution in fashion, coming on the heels of the drab styles that had dominated the second World War.

The New Look was young and forward, with dresses accentuating the bust and hips, and skirts covering more of the legs than was customary at the time.

However, there were some detractors. Some objected to what they considered an excessive use of fabric, while others found the style too overbearing. Coco Chanel is purported to have said, “Only a man who never was intimate with a woman could design something that uncomfortable.”

Nevertheless, the style actually caught on and Dior was partially responsible for reestablishing Paris as the center of the fashion world. The style continues to influence other designers, even to the present day.

In 1949, a boutique opened in New York City, beginning an American love affair with the designer’s clothes and fragrances. Dior drew in clients from all over the world, and was beloved by many in Hollywood.

Before his untimely death in 1957, Dior was nominated for an Academy Award for Best Costume Design for the 1953 movie “Terminal Station.”

The same shortages that afflicted the fashion industry during WWII also affected the perfume industry. But, Dior was responsible for rejuvenating the fragrance industry, as he had for French fashion. Christian Dior Parfums was established in either 1947 or 1948 — the records are unclear.

The first fragrance Dior launched was Miss Dior, named after Christian’s sister Catherine Dior, and introduced simultaneously with the New Look. Dior argued that women didn’t just want to look beautiful, they also wanted to smell beautiful. The launch of Miss Dior is now celebrated as revolutionary in its own right.

It was inspired by the Grasse region in southern France, where many of the key flowers featured in French fragrances are grown. The marketing played on traditional family roles with the idea that men would likely be buying perfume for their wives. Unfortunately, the ad campaign also contributed to the post-war sentiment that women should be in the home, rather than the workplace.

The first men’s perfume produced by the Dior Fashion House was created by the world-renowned Edmond Roudnitska. Eau Sauvage was introduced in 1966, and has remained popular ever since.

Fragrance advertising aims to evoke the experience that producers want to create. Dior has been very successful in creating such advertising, with recent examples including the J’Adore campaign featuring Charlize Theron walking through the Hall of Mirrors in Versailles, suggesting luxury.

The ad campaign for Dior Sauvage similarly means to conjure a unique facet of the fragrance. In this case, it is the image of the man who leaves the hustle and bustle of everyday life to find a different way forward.

So if you have ever wondered what Johnny Depp is doing burying all his jewelry in the desert, he is trying to gesture toward a life free from material possessions and open to the limitless possibilities of the western desert.

Our ranking of the top five Christian Dior colognes for men is the result of a rigorous research methodology. We carefully studied accumulated metadata from a variety of trusted review sites, listening to and reading numerous reviews by industry insiders, fashionistas, and people around the world who love and use these fragrances themselves. And, we also had the opportunity to try them ourselves.

Then we created this list of the top five Christian Dior fragrances, with consideration for the following categories:

As you consider which Dior scent is for you, take a look at our list of the top five Dior colognes. 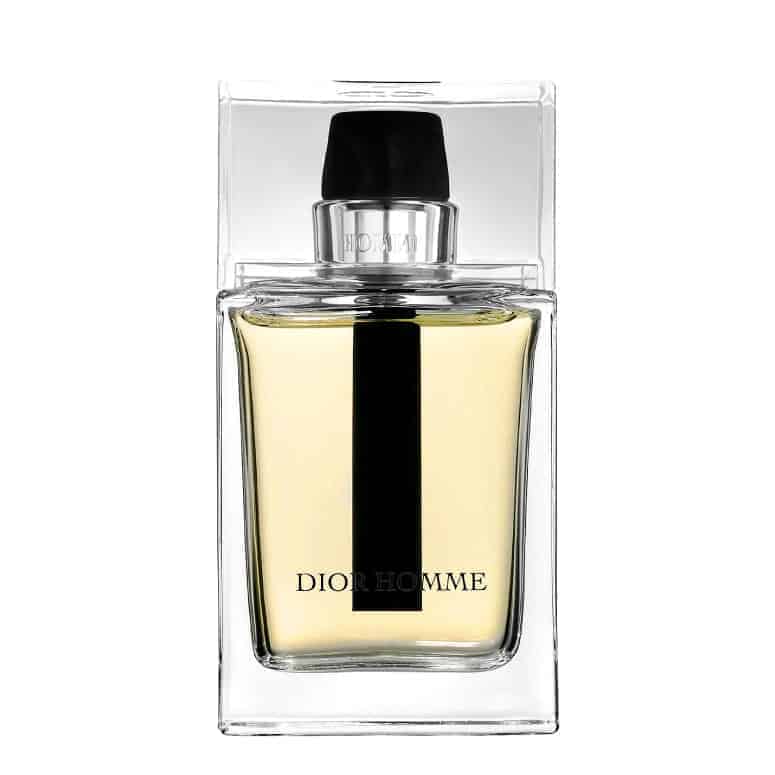 Our top Dior fragrance for men is Homme, the scent that launched a thousand ships…or at least several other iterations of Dior Homme. Introduced in the mid-2000s, Homme has been followed by several versions that provide variations of the original. The nose behind the first version is Olivier Polge.

The top notes include bergamot, sage, and a fresh blast of lavender and iris. The heart notes include amber, iris, cacao, and zesty cardamom. Underneath are notes of leather, vanilla, patchouli, and vetiver, giving a rich, warm, and inviting aroma. The duration of Homme is moderate, as is the sillage. This scent works well in the moderate temperatures of fall or spring, and you can either wear it casually or on a date. 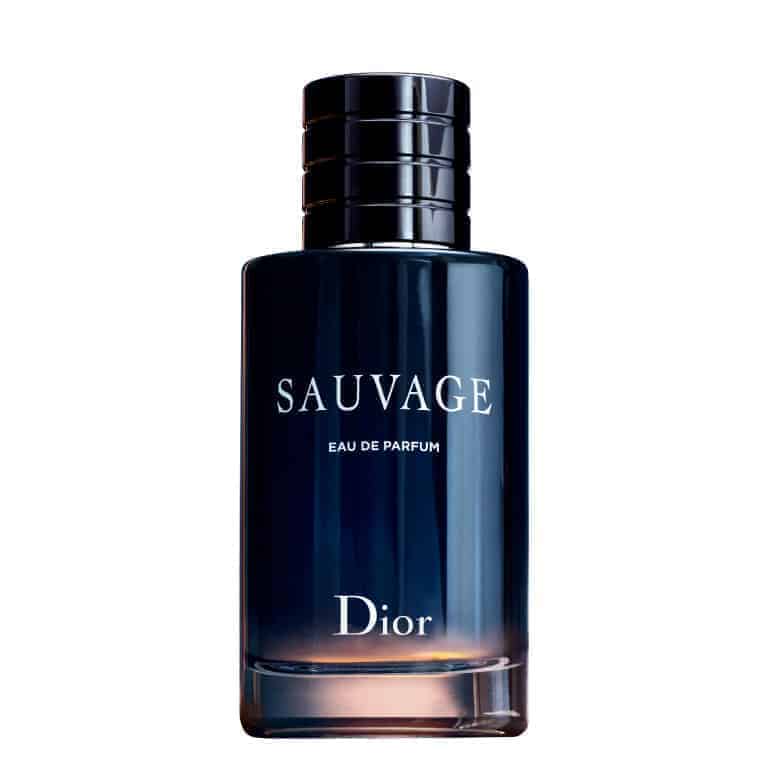 There probably isn’t a more polarizing Dior cologne on our list than Sauvage, which is lauded by some, and savaged by others (see what we did there). The bizarre ad campaign with Johnny Depp hasn’t cleared up anything. Originally released in 1966, and again most recently in 2015, this fragrance has also inspired other iterations.

Its opening includes black pepper and bergamot for a spicy and fruity beginning. The heart notes are made up of layers of different scents like geranium, patchouli, lavender, pepper, and leathery vetiver. The lavender is central to the overall experience. The base notes include cedarwood and resinous labdanum, as well as salty ambroxan. This scent can last up to eight hours, and users note the sillage is moderate to heavy. 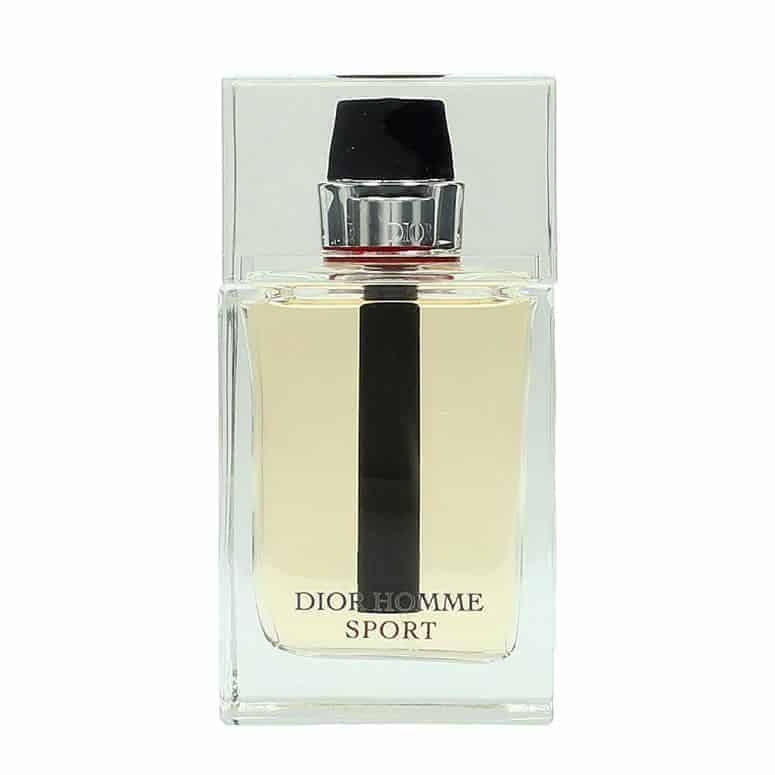 Part of the Christian Dior Homme line of clothing and fragrances, Homme Sport is our next fragrance. This cologne was originally launched in 2008 with the younger crowd in mind. Designed by Francois Demachy, this spicy cologne is designed to convey the experience of eating candy.

The fragrance opens with a spicy citrus bouquet, including top notes of bergamot, lemon, and grapefruit. The heart notes feature vetiver, cedar, and ginger, with base notes of sandalwood, lavender, and rosemary. As the fragrance dries, the woody and green notes begin to emerge and become dominant. The projection of Homme sport is very good, and the scent lasts for a good six to eight hours. This scent definitely speaks of youthful vigor! 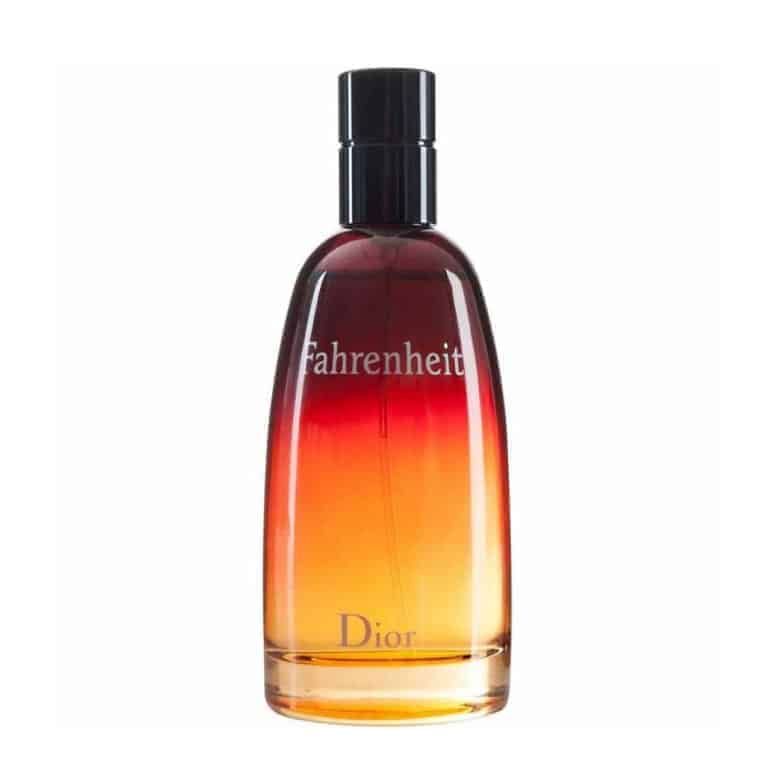 Launched in 1988, Fahrenheit is yet another fragrance in the Dior canon that has inspired other iterations. The original was designed by Jean-Louis Sieuzac and Michel Almairac. This scent is also somewhat polarizing, but that is to be expected since it is designed to help you stand out in a crowd. The opening is filled with multiple citrus and wood notes, including orange, lemon, and bergamot, as well as lavender.

Sandalwood, cedar, nutmeg, honeysuckle, and jasmine are at the heart, and there is also a hint of violet. The masculine base notes include musk, leather, and vetiver, as well as patchouli, tonka bean, and bit of amber to add sweetness. The longevity on this cologne is very good, and the sillage – as you might expect – is heavy. If you want a cologne that makes you stand out, give this one a whiff. It might be the right one for you.

Last but not least on our list of Dior fragrances is Dune. Created and released in 1991, Dune strives to transport you to not just any beach, but the ideal beach. It was originally designed by Jean-Louis Sieuzac and Nejla Barbir, and was readily welcomed and celebrated as a refreshing and sexy scent. The combination of citrus, flowers, and woody notes create a fantastical experience.

The top notes include orange and bergamot, with floral notes of peony. There is also rosewood and synthetic aldehyde to give the citrus a richer feel. The heart notes include several florals, including lily, jasmine, rose, wallflower, and ylang ylang. Grounding base notes of sandalwood, patchouli, vetiver, and musk with amber and other resins help balance out the scent. Dune lasts a long time, which is beneficial in warmer weather, and the sillage is moderate, making it quite flexible.

Here are some other great products to use along with your favorite Christian Dior cologne: