Great colognes are hard to come by, so when you find a name you trust, stick with it. Luckily, Creed has more than one cologne to choose, so we created a list of the top five Creed colognes for men.

Our winner for the best Creed cologne is the classic Green Irish Tweed. A favorite of movie stars and businessmen alike, this scent evokes a stroll through the fresh Irish countryside before heading off to dinner with your favorite someone!

Creed is a name that is synonymous with fine British cologne. Though they were long the preserve of an exclusive class, Green Irish Tweed put them on the map. Creed’s colognes are renowned not only for quality, but also for using high concentrations of natural ingredients, choosing to stay away from too many synthetic raw materials.

Though humans have been making fragrances for thousands of years, perfumers’ abilities to create synthetic scents have grown exponentially over the last 100 years. All kinds of unique scents can be produced synthetically, but purveyors of fine colognes that primarily use natural ingredients can still flourish. Creed is certainly one of those perfumers.

Aside from using natural ingredients, Creed is also well-known for the high cost of their colognes. These products are high quality, so it’s no surprise that they are costly. And of course, with so many scents to choose from, it is important to choose the right one for you. That’s why we developed this list of the top five Creed colognes for men.

(What is the) History of Creed?

There are few perfume houses whose history is more disputed than Creed. A major player in the perfume world, Creed claims a heritage that goes back to the 18th century, when George III asked James Creed to produce a fragrance for the royal court. The problem is that no perfumes before 1975 have been found.

What can be said is that James Creed founded the House of Creed in 1760. It was a tailoring establishment which gained some success in the 19th century through creating various fashions for Queen Victoria, Count d’Orsay, and Empress Eugénie of France. The company has been handed down from one generation to the next, making it one of the oldest family-owned perfumeries in the world.

Creed came into the public eye in the mid-1980s, with the launch of Green Irish Tweed, which is by far their most popular cologne. To date, the company is purported to sell over 200 different perfumes, with a reputation for using one of the highest percentages of natural ingredients in production.

How are fragrances produced?

The modern process of fragrance production includes four basic steps, in which there are some variations:

The first step is to collect raw materials, and there are several substances that are used to create different scents.

After raw materials have been collected, the next step is to extract the oils and essences from the sources. There are several different extraction methods, including:

Once the oils have been extracted, the next step is to blend the essences together to create the proper combination. Master perfumers develop formulas based on years of experience, so this process is usually a closely guarded secret.

Arriving at the proper blend can take up to 800 different ingredients. Once the scent is created, it is mixed with alcohol and water. Whether the fragrance is meant to be a perfume, eau de parfum, eau de Cologne, or one of the other fragrance classifications determines the percentage of ethanol and water used in this step.

Finally, the fragrance is aged for several months or even years, and is carefully overseen by a master perfumer.

As you can see, the process to create perfume or cologne is extensive and requires great knowledge, expertise, and a genuinely refined sense of smell. Of course, this is why we are willing to shell out big bucks for our favorite fragrances.

Our ranking of the top five Creed colognes is the result of a rigorous research method, where we conducted a careful analysis of metadata from a variety of trusted review sites. We also spent hours doing online research, including reading and listening to numerous reviews from industry experts, fashionistas, and consumers. We also tried out the products ourselves.

While we conducted our research, we considered the following categories to determine which Creed colognes are the best:

Check out our list before you make your next Creed purchase! 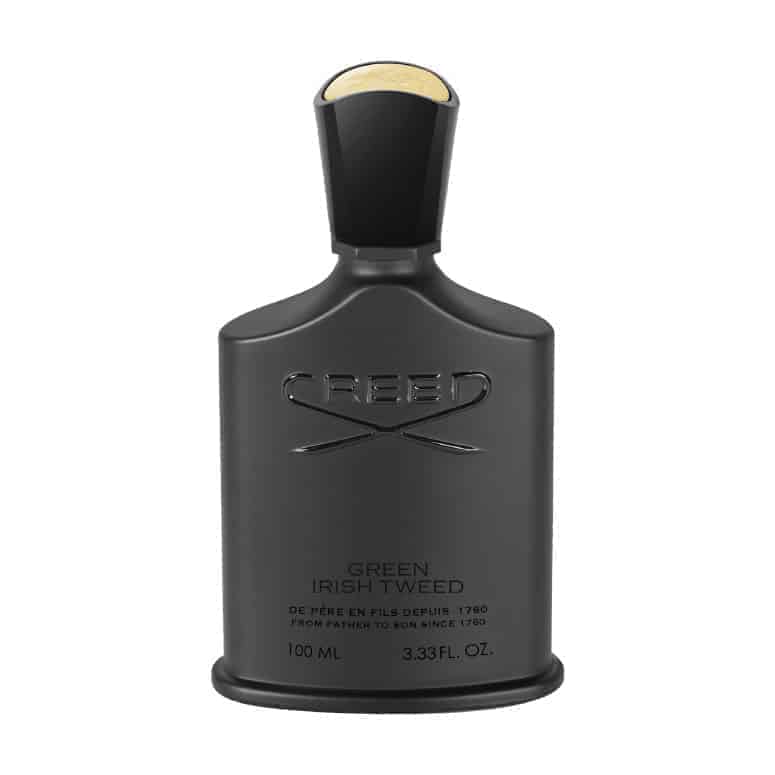 Launched in 1985, Green Irish Tweed is Creed’s signature cologne. With its fresh clean scent, it has risen to become a favorite among movie stars. Designed by Olivier Creed, it is meant to evoke a walk through the Irish countryside and is classified in the “Fougère” or fern family of fragrances.

The top notes justify the name, as you are hit with lemon verbena and iris, which embodies the fresh smell of a field after a rainstorm. In the heart is violet leaf, which produces a lovely green note. The base notes provide substance with sandalwood and ambergris, which combine to produce a soft, sweet, woody scent.

Green Irish Tweed has good staying power, but it doesn’t overwhelm, as the sillage is relatively moderate. It is great for most occasions, though it is certainly a warmer weather scent. This is an excellent cologne for confident men who want to feel refreshed but also masculine. 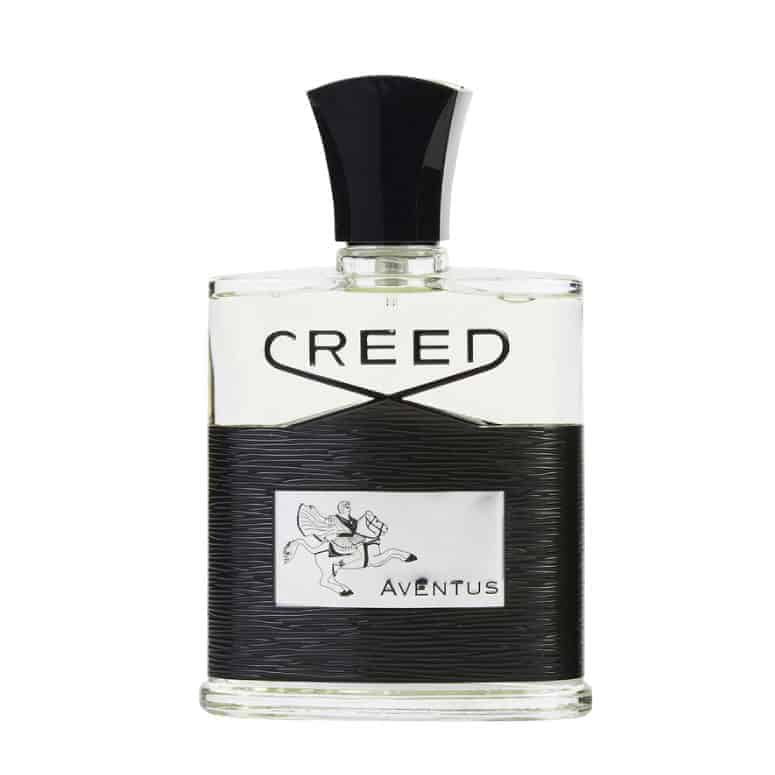 Napoleon is the inspiration for Creed Aventus, which is strange since the British had to defeat the dictator back in the 19th century. Even the bottle evokes the man with its emblazoned emblem of a horse and rider. At any rate, at least the image conveys what this scent is about: vision, success, and strength.

The top notes include a unique mix of pineapple, bergamot, apple, and black currant. These notes mix with heart notes of birch, patchouli, rose, and jasmine, tames and mellows the pineapple. Underneath is oakmoss, vanilla, ambergris, and musk. As these scents mix together, you get a smoky and woody scent with pineapple notes to provide some light freshness.

Aventus lasts long, which is good given its price. With moderate sillage, it is a relatively versatile cologne. Creed really envisions this cologne as the scent of success, so it is marketed to professionals who want to make a mark in the boardroom. If that’s where you see yourself, this may be the right scent for you! 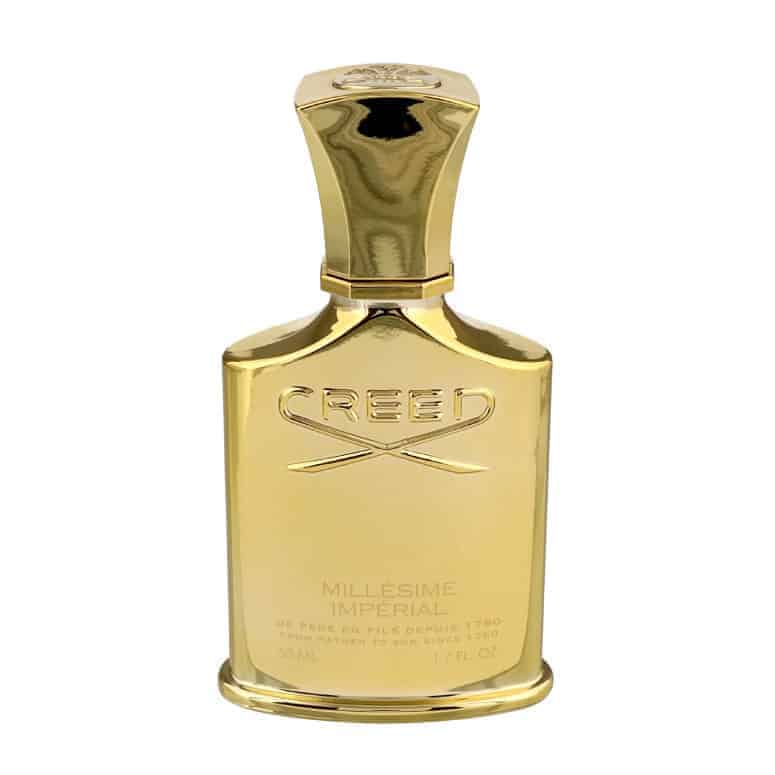 Launched in 1995 and developed by Olivier Creed, Millesime Imperial is a unisex fragrance. This citrus and oceanic fragrance is meant to evoke the beaches of Sicily and sun-kissed skin on a warm day by the ocean.

Fruity top notes, with berries and other fruits like banana greet your nose, accompanied by sea salt. The heart notes continue with citrusy bergamot, mandarin orange, and lemon, as well as iris to give it an earthy and fresh green feel. Underneath, musk, wood, and ocean notes give the fragrance depth. The sillage and duration are moderate, so this cologne mixes well with your own natural scent. You may have to apply it multiple times over the course of a warm day, though. This scent is meant to transport you to the oceanside – and it does the trick! 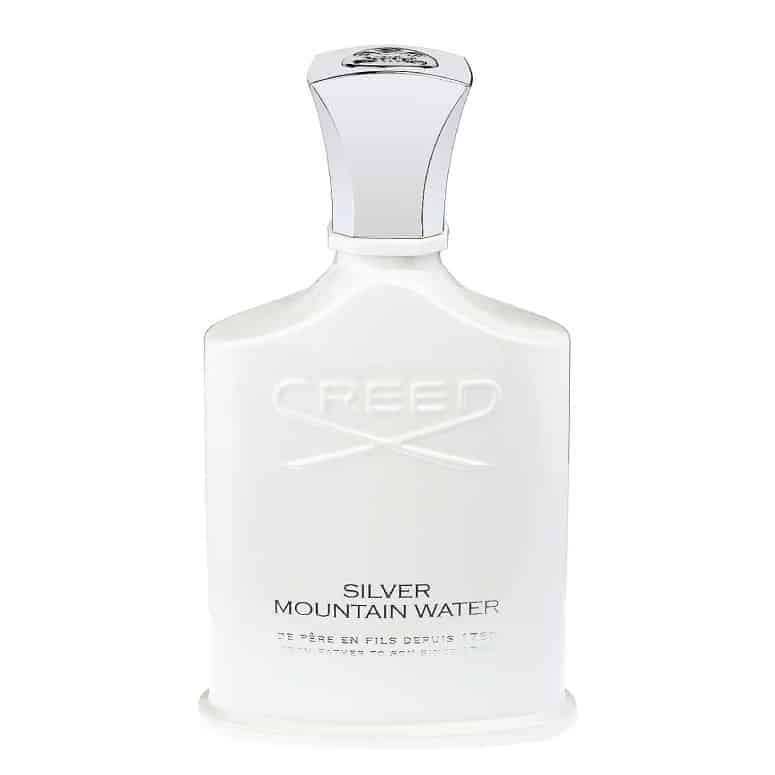 Our next fragrance is actually somewhat similar to Millesime Imperial. Silver Mountain Eau de Parfum is also a unisex fragrance launched in 1995 and developed by Olivier Creed. It is also reminiscent of spring, though in this case the scene is not the seaside, but the mountains. And since its spring, it could either be a snowy scene with a warm sun above, or the early blooms of May.

The scent opens with bergamot and mandarin orange to set the stage. After about 20 minutes, these citrus notes give way to green tea and black currant, which become the more dominant heart notes as the fragrance matures on your skin. Sandalwood, musk, and petitgrain are at the base, giving an earthy and woody tone. There is also galbanum, which provides a resinous feel to the green notes. The sillage is moderate, so it can be worn in a variety of settings without overpowering. Users report varying longevity, but for the most part, it seems to have a six to eight hour window. This great spring scent includes a tinge of metallic silver to make it pop! 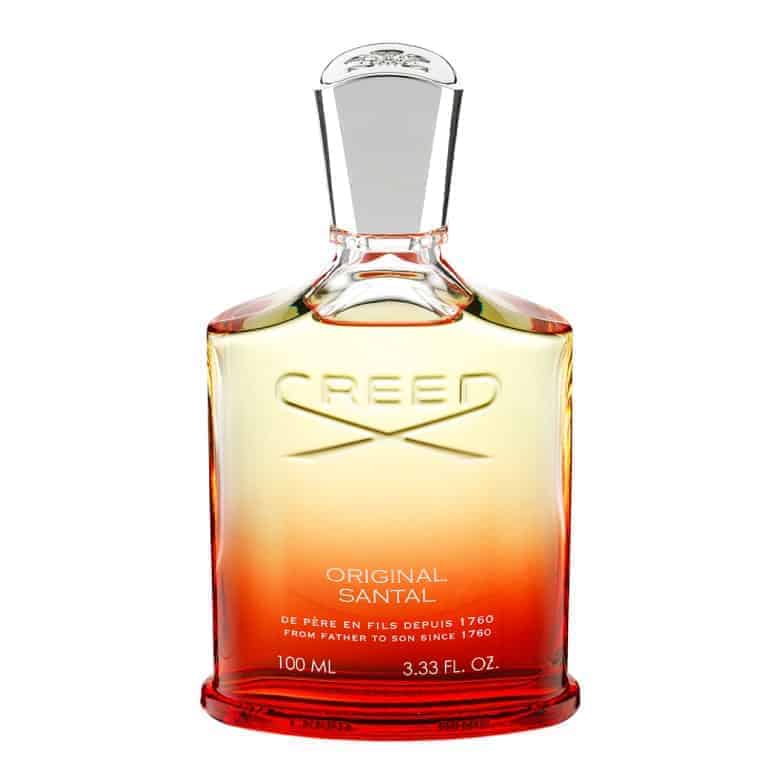 Rounding out our list is Santal Eau de Parfum. This fragrance is another unisex option, classified as an Oriental scent. The product of Olivier and Erwin Creed, this scent is inspired by the spiritual and royal splendor of India, exuding warmth and smoothness with some spice.

In the top notes are Indian sandalwood and coriander, with juniper berry and cinnamon interplaying to create a lively opening. The heart notes include fresh lavender, mixed with rosemary, ginger, and petitgrain. Vanilla and tonka bean make up the base. The vanilla in particular is especially noticeable after about two hours.

The sillage is moderate, which is typical for unisex fragrances. Some users report between four and five hours of longevity, while others note six to eight hours. Regardless, this scent is not overpowering, and generally mixes well with your natural scent.

Here are some other great products to help keep your personal style sharp: