Our pick for the best Burberry cologne is London for Men. Originally launched as a paired fragrance with London for Women, this refreshing cologne comes dressed up in the classic tartan with a distinct scent that will remind you of Christmastime.

Burberry has been in the fashion business since the 19th century. Originally the preserve of the wealthy, they have risen to become a fashion house that appeals to people from all walks of life – even English football fans can’t seem to get enough of the fabulous Burberry pattern. Burberry came into the fragrance business in the 20th century, and has been going strong ever since.

There are literally thousands of scents that can be used to create the perfect cologne and multiple ways to determine how powerful you want your cologne to be. Burberry has actually developed over 70 scents to date, with an incredible range of options. Whether it’s the classic Burberry for Men, or the hip and young Burberry Brit Rhythm, there is something for every taste.

With so many options, it’s difficult to know which scent is right for you. And, though you can go to the local boutique to try them out, having an idea of what is out there can be very helpful. That’s what our list is for. We consulted the leading experts on fragrance and compiled this list of the top five Burberry men’s colognes just for you!

The name Burberry is synonymous with British fashion. Though Burberry focused primarily on outerwear at first, it has risen to become a powerhouse in the fashion world.

The House of Burberry was established in 1856 by Thomas Burberry, and the first store was opened in Basingstoke, England. Burberry developed a breathable and waterproof fabric, gabardine, in 1879. The first London location opened in 1891 in the Haymarket.

Burberry outfitted two Antarctic explorers, Roald Amundsen and later Ernest Shackelton, and is also responsible for creating the trench coat. Thomas Burberry had submitted a design for the coat to the United Kingdom War Office in 1901. Later, Burberry adopted the design of the trench coat for civilian use.

Burberry created the iconic tartan design that was sewn into the lining of the trench coat for the first time in the 1920s. The design is a Scottish tartan with a beige base and white, black, and red accents. It later moved from the inside of the jacket to become a fashion statement in its own right.

Burberry moved more decidedly into the world of fashion in the 1960s, when the manager of Burberry’s Paris store decided to bring more color to a trench coat display. Rather than displaying them in typical style, he turned the coats inside out so that customers could see the design on the inside.

Customers immediately clamored for them, and Burberry even produced umbrellas with the signature design. They immediately sold out, and so Burberry had arrived.

The fashion house’s appeal broadened throughout the 20th century as the British working class took more interest. The tartan and iconic knight logo, worn by young men throughout Europe, became associated with football hooliganism, eventually presenting problems for the company.

Burberry introduced its first fragrance in 1981, Burberry for Men, and has produced over 70 different fragrances since.

In the popular imagination, perfumes are fragrances for women, and colognes are for men. But this idea is misleading. Fragrances are actually classified based on the concentration of aromatic compounds and their dilution in water, alcohol, or a mixture of both.

As you might expect, more concentrated fragrances deliver stronger and longer lasting scents.

In addition to classifying based on the concentration of aromatic compounds, fragrances can also be grouped into different olfactive families. The boundaries of these families are blurred since perfumes can contain hundreds of different aromatics. The grouping has also evolved over time, so there are both traditional and modern classification lists.

Because of advances in the art and science of perfumery, another grouping also emerged in the middle of the 20th century. This list includes bright floral, green, aquatic or oceanic, citrus, fruity, and gourmand.

Because a single perfume often contains many different aromatic compounds, it is capable of producing many different scents. These scents are called “fragrance notes.” Some of the notes come on strong at the beginning but fade quickly, while others last.

The initial scents, called top notes, are usually the first thing you smell when you apply fragrance. These notes can last for some time, but are generally meant to fade soon after application. Some examples of top notes include lavender, ginger, or citrus.

The middle notes, often called heart notes, come in as the top notes fade. These notes are really the main body of the perfume, and can also soften the base notes, which need time to develop. Some examples might include floral scents as well as spices such as cinnamon or cardamom.

Base notes give a fragrance its solidity. You generally can’t detect them until about 30 minutes after application. Some typical base notes include vanilla, cedarwood, and musk.

We developed our ranking using a careful research methodology, including metadata analysis from numerous trusted review sites, and hours of online research. We listened to and read reviews from fragrance experts, industry watchers, and fans of cologne from around the world. We also tried some of the products for ourselves! Then we developed our ranking of the top five Burberry colognes for men.

During our research, we found the following categories essential to determining our ranking:

As you make a decision on your next cologne, take a look at our ranking of the top five Burberry colognes for men! 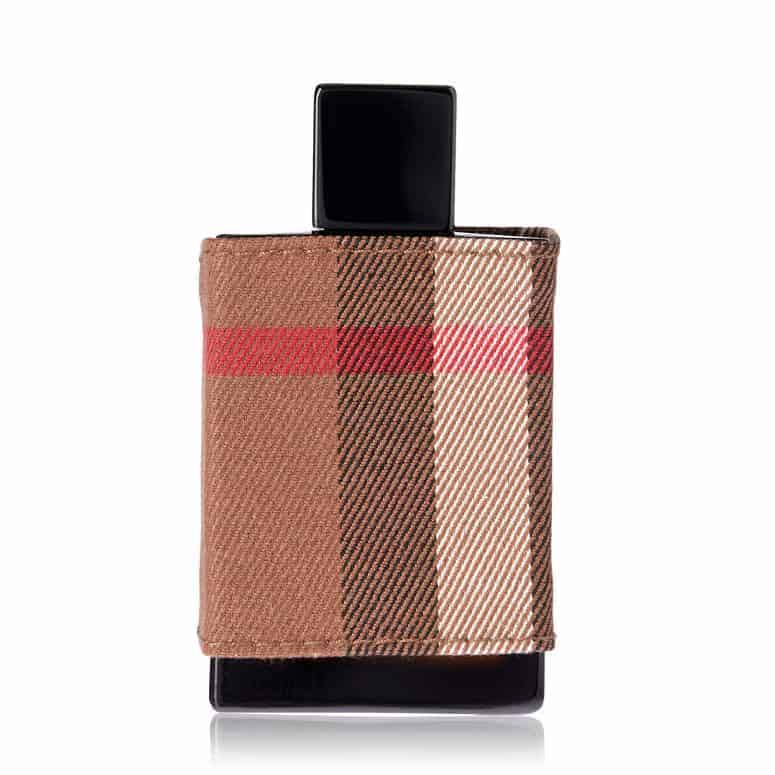 Our first fragrance is Burberry London for Men, which pairs with London for Women. This scent has a fresh and piney smell that evokes Christmastime. Because of the spiciness, London for Men is classified as an oriental fragrance, and wears well during the colder months of the year.

The top notes include fresh lavender and bergamot, with a nice inlay of cinnamon. The heart notes include leather with mimosa to add a soft sweetness. Notes of tobacco, wood, oakmoss, and resinous honey-like opoponax make up the base.

London for Men has moderate sillage and lasts for about six to eight hours, which means that it can generally be used in a variety of settings. The overall effect of the fragrance is sophisticated, but not overpowering, exuding a confident masculinity. 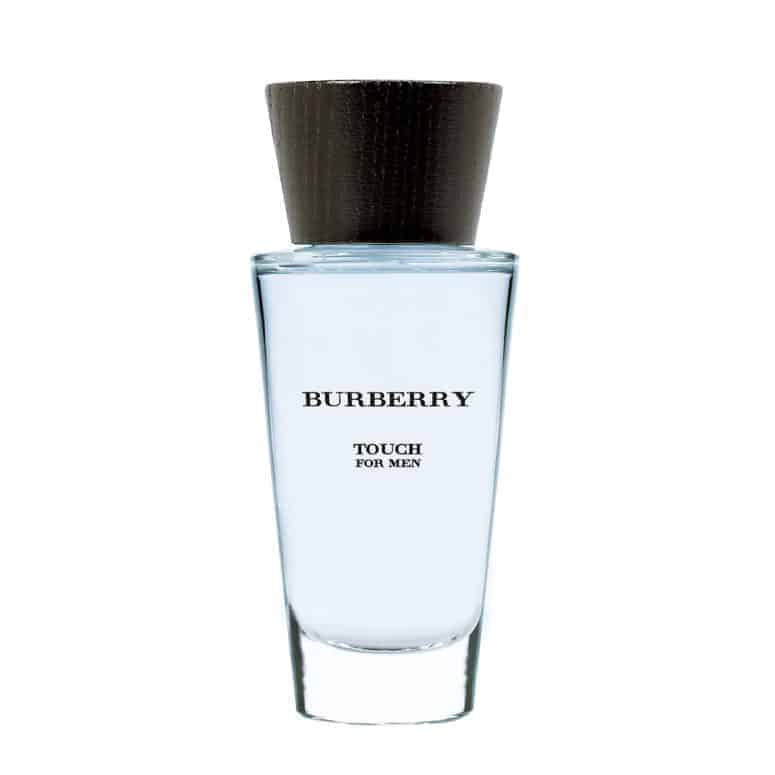 Our next scent is for men who are not interested in overwhelming those around them with their cologne. Touch for Men Eau de Toilette is a subtle and refined scent that is both woody and floral. It was originally launched in 2000, and was designed by Jean-Pierre Bethouart, the perfumer responsible for fragrances like David Beckham’s Intimately Beckham Night and Versace Blue Jeans.

Designed for the metro-sexual, the scent promotes a kind of urbane sensibility. The fragrance opens with a citrus and herbal concoction of orange, artemisia, and violet, producing a bright and sweet bouquet. The heart notes bring in spice and wood with nutmeg, pepper, and cedar, which help bring any flights into the overly sweet down to earth. The base notes include tonka bean, white musk, and vetiver. This scent is on the lighter side, so it’s perfect for a day at the office, or perhaps on a romantic outing with your significant other. It has moderate sillage and lasting power, and a good price.

Brit Rhythm for Him 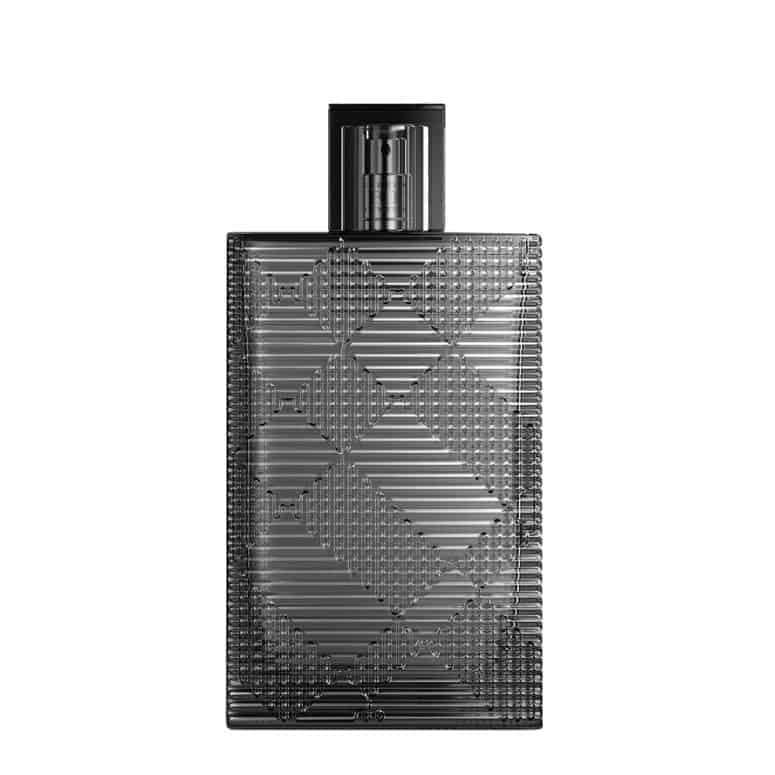 Shop Brit Rhythm for Him

Our next scent is Brit Rhythm. As the name suggests, this scent is inspired by the youthful vigor of live music, and is especially designed for the younger crowd. In the leather family, it was launched in 2011 and designed by several well-known perfumers, including Olivier Polge, Anne Flipo, and Dominique Ropion.

The top notes include basil, spicy cardamom, juniper, and verbena, giving it a fresh and zesty opening with some warmth coming from the juniper. Aside from patchouli, the middle notes include labdanum and benzoin, which combine to create a deep leathery richness. Cedarwood is underneath, along with incense and tonka bean as the scent warms. The sillage on this fragrance is moderate and balanced, and it has good duration. You can wear it year-round, though it is best for the colder months. 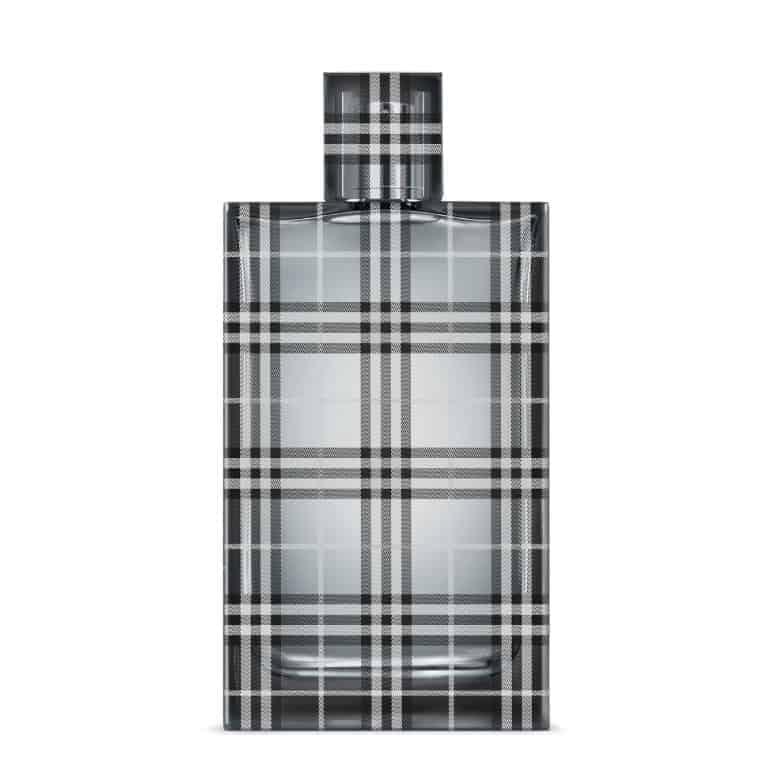 Burberry Brit Eau de Toilette is on the lighter side for Burberry fragrances. Introduced in 2004, this unisex cologne offers sophistication while retaining a masculine scent. It was created by Antoine Maisondieu, who is also responsible for a number of Burberry’s other scents.

The top notes include a nice citrus opening with mandarin orange and bergamot, mixed with ginger root and a spicy cardamom. The heart notes include the woody scent of cedar as well as nutmeg and other spices, with a slight hint of rose. The base notes bring in even more masculine woody notes, as well as patchouli, tonka bean, and musk.

Brit Eau de Toilette is on the milder side, in terms of both projection and longevity. If you want to stand out, this fragrance may not work for you. But if you want a versatile scent that you can wear to school or the office, this is the Burberry cologne for you! 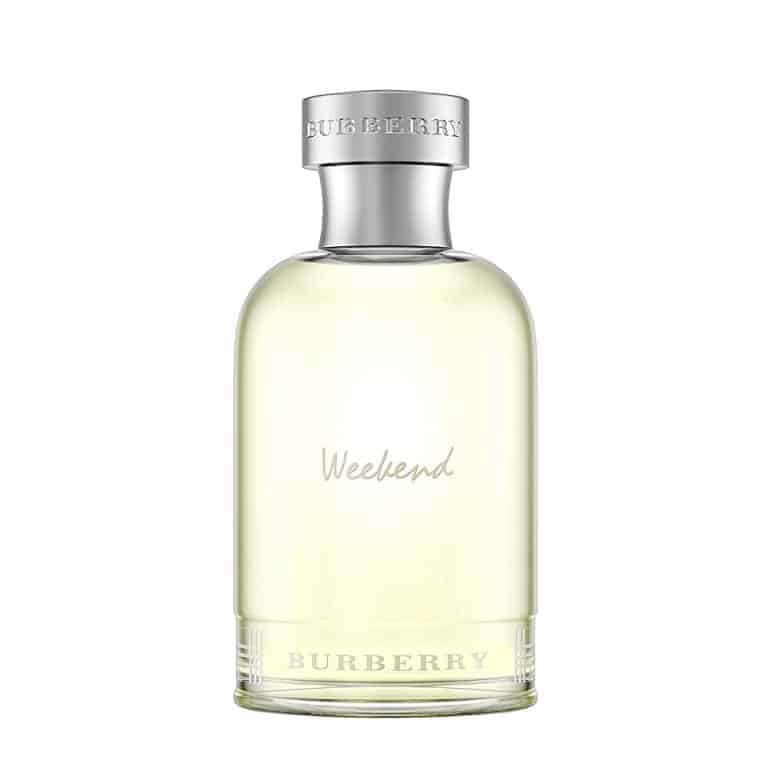 Last but not least on our list of the top five Burberry colognes is Weekend, which was originally introduced in 1997 along with Burberry Weekend for Women. The men’s cologne was designed by the prolific Michel Almairac. Weekend is definitely a summer cologne, containing elegant splashes of feminine scents, which might turn you away if you are looking for a more masculine scent.

Weekend opens with an explosion of citrus, introducing bergamot, lemon, mandarin orange, and grapefruit almost immediately. They are slightly mellowed by melon and pineapple. In the heart, you can detect sandalwood and oakmoss, which give some richness to the scent. Base notes include honey, amber, and musk, though the amber and honey are the strongest, giving the scent a sweetness over time.

Weekend has moderate sillage and decent staying power, meaning you won’t have to reapply often. If you are imagining wearing Weekend to midnight parties and romantic dates, this is not the right cologne for you. Choose this cologne if you are thinking about getting away for some refreshment.

Check out these other excellent products that will work well with your favorite Burberry cologne:

The 10 Best Hiking Boots for Men