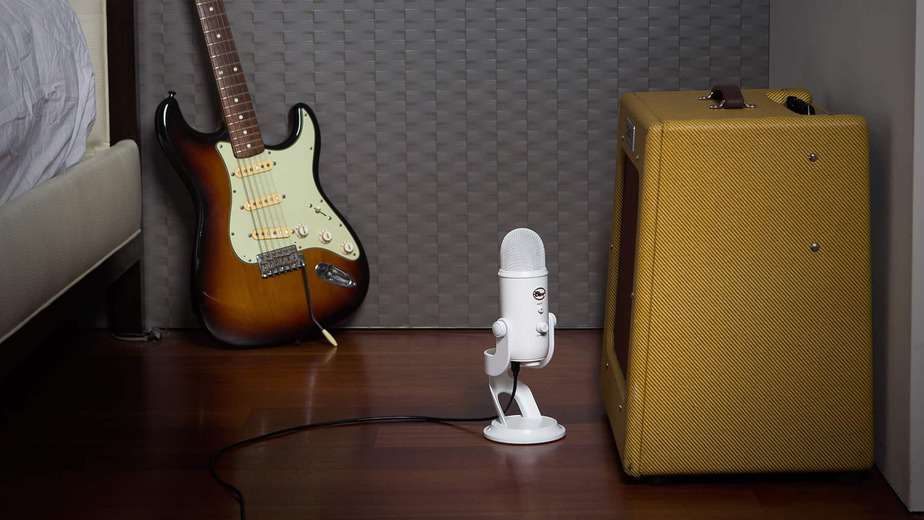 Sure, we could make a case for spending thousands on a mic — but we won’t.

With USB mics, you can capture studio-quality audio at entry-level prices. We’ve ranked the 10 best USB microphones to suit a wide range of purposes and budgets. And hands down, our number one winner is the Blue Yeti. It offers multiple recording patterns and produces best-in-class results, all at a reasonable price. 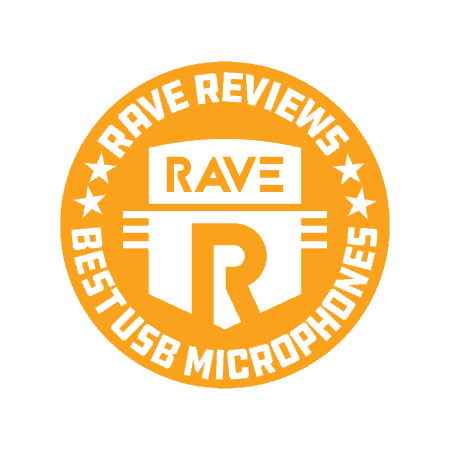 If you’re recording audio at home for any purpose, USB microphones are the standard tools of your trade. They’re perfect for anything from creating a regular podcast series to starting up your own vlog channel on YouTube.

In this ranking of the best USB microphones, we’ve found products to suit a wide variety of needs and budgets. There are both cardioid and omnidirectional mics, as well as budget-range units and more expensive gadgets for professional recording. Some are Apple-only products, whereas others are suited for Windows PCs, too — and they all use USB connectivity.

Every USB microphone on this list has achieved a minimum average star rating of 4 to 4.5 on Amazon. What’s more, our recommendations come directly from audio professionals and real consumers who have tried and tested these products. This means you can be sure that all of our winners are high-quality microphones for producing top-notch recordings.

The USB Microphones We RAVE About

Turn your laptop into a recording studio with these mics.

The Blue Snowball is ideal for when you need a USB mic that won’t cost you a fortune, yet won’t sacrifice on audio quality.

Whether you’re gaming with the squad or recording a new track with your guitar, this versatile microphone is well-suited to capture just about anything.

If you’re starting out in the world of podcasting, then you want to focus on your recordings, not on purchasing a bunch of expensive, difficult-to-use equipment. A plug-and-play USB microphone is one of the simplest ways to capture quality audio, requiring none of the setup and expense of professional recording equipment.

Or perhaps you conduct interviews on the road, and need a simple means of recording the conversation with your guests. Again, the convenience of a USB microphone can’t be overstated — they’re small, portable, and capable of capturing multi-directional audio. Simply plug one into your laptop and you’re ready to go, without sacrificing on audio quality as you would with a basic voice recorder. 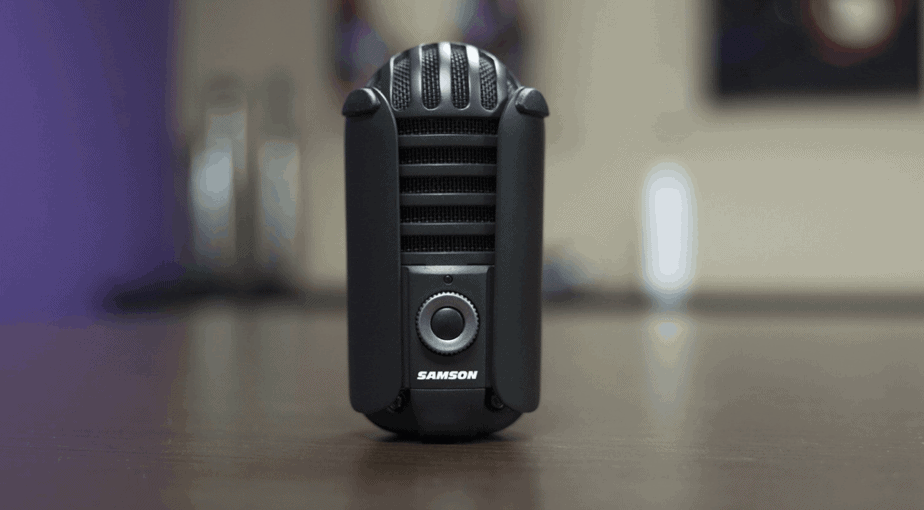 Hobbyists aren’t the only ones who can benefit from using this kind of technology. If you’re a musician who needs a quality method of recording new ideas while on the road, USB microphones are the perfect choice. And the same can be said for other professional work, such as providing voiceovers for film.

There are 3 commonly used recording patterns, or polar patterns, that you’ll want to be aware of when you’re shopping for a USB microphone. (If you’re already an expert in audio tech, you may skip ahead.)

You’ll most often see cardioid microphones, which record a heart-shaped area in front of the USB microphone. If you’re working in an environment with lots of background noise and recording simple speech, then this could be sufficient.

Then you’ve got bidirectional, sometimes called figure-eight, which records the area immediately in front of and behind the microphone, capturing nothing to the sides. This pattern is well-suited to scenarios such as interviews, where you’re sitting directly opposite your guest speaker. But they’re not ideal for a conference call or round-table discussion, where speakers are seated to the sides. 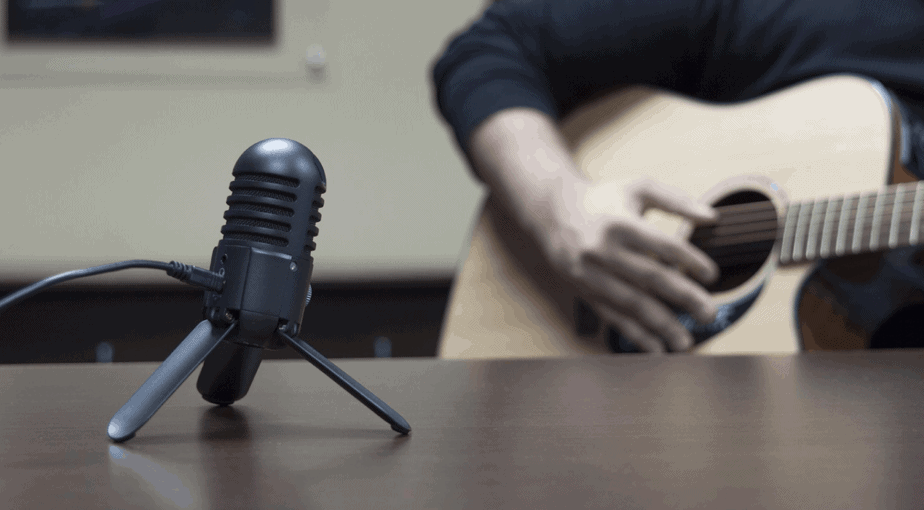 Omnidirectional is the preferred choice for situations where you’ll need to capture sound from all directions, such as when you’re recording music. But you’ll want to operate in an area with near-silence to avoid capturing unwanted ambient noise on your track. These microphones would also be prone to picking up sounds like the clattering of keyboards, so they’re less suited to streaming.

What to look for in a USB microphone

One feature offered by some of the best USB microphones is a headphone jack. That will allow you to monitor the recording in real-time, which is invaluable when recording music, for example. But not all USB microphones have this feature, so be sure to check before you buy.

Some mics also include onboard volume controls, or other physical buttons to switch between recording patterns on the fly.

You’ll also want to think about your microphone’s transducer. Most USB mics are condenser mics, though a few are dynamic. Condenser microphones are best suited for vocals, but they’re typically not great for louder audio sources. Dynamic microphones are generally a better choice for these louder sources, including guitars, bass guitars, drums, and so on. 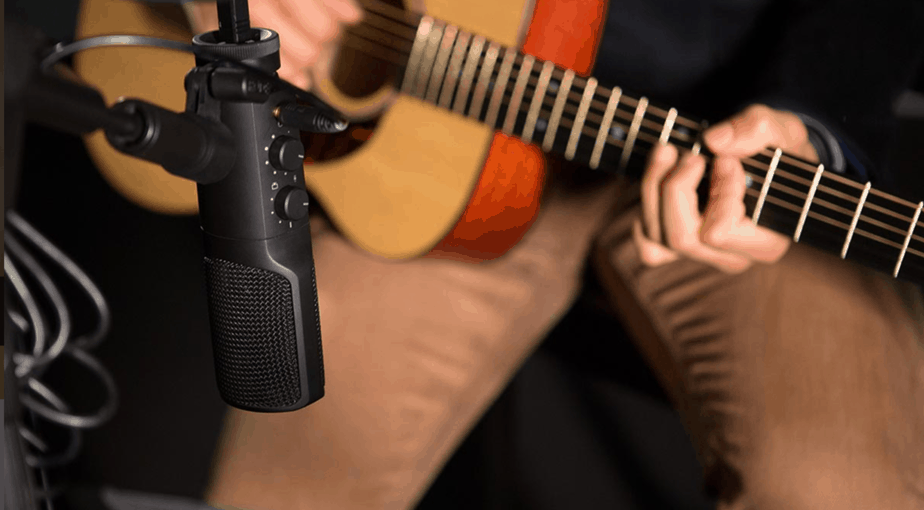 You’ll also want to consider how and where you’ll mount your microphone. Not all mics can be mounted the same way. If you’re streaming on Twitch, then you’ll probably want a microphone that can be mounted on an arm or on your monitor. For interviews or dual podcasts, you’ll probably want something that can be suspended mid-air or mounted on a desk.

Phantom power is a commonly misunderstood area of microphone operation that we want to cover in brief detail. Essentially, it is DC electrical power that’s passed through complex circuitry to operate the microphone. And it’s a common feature of most condenser microphones, including many we’ve listed here.

Basically, a microphone with phantom power doesn’t require a separate, external power supply. It draws power from the device it’s connected to, whether that’s a mixer, camera, or computer. That means no batteries required. 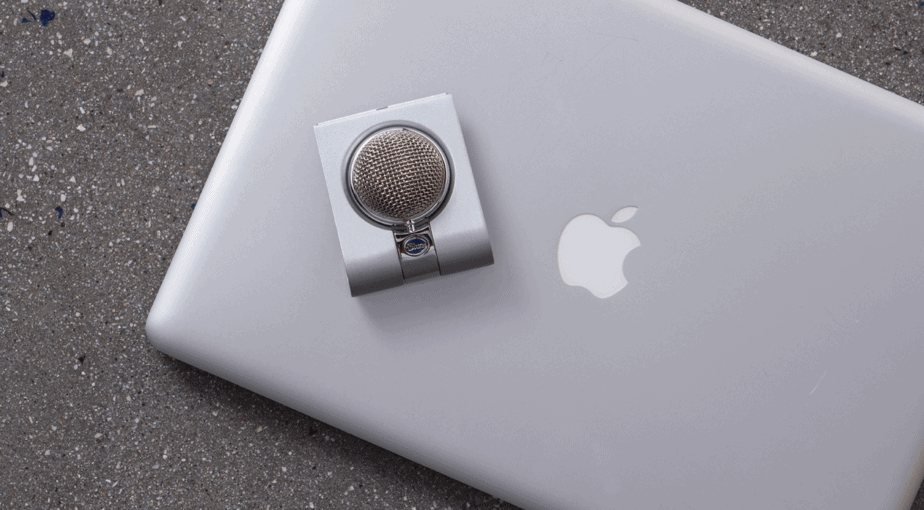 You may be wondering why it’s called phantom power at all. Well, pre-phantom microphones involved an unwieldy, cumbersome power supply separate from the mic itself. When improvements were made to this technology and the power-supplying circuitry was hidden within the mic, the term phantom power became commonplace.

Once we have a long-list, we cross-reference review scores, pros and cons, and the number of times a product is recommended on similar rankings. Then we apply our own custom criteria based on careful research into what makes a USB microphone great.

The culmination of this methodical process is an airtight list of the very best USB microphones money can buy. Here are the specific criteria that we used to judge our winners:

This is a question that needs to be considered on a case-by-case basis, as the answer differs between microphones. In most cases, a USB microphone will work just fine with your PlayStation or Xbox console. But it’s less a question of whether or not it will work, and more so whether it’s worth the investment.

If you’re already intending to get a USB microphone, then there’s nothing to lose by plugging it into your console as an added bonus. But there’s little point in purchasing a high-end studio microphone for chatting with the squad. If you want a microphone for this purpose, consider the Blue Snowball, our best budget microphone.

Of course, things are different if you’re a streamer. If you’re streaming games on Twitch, you’ll want a high-quality USB microphone. And you’ll probably also want a headphone output so that you can monitor game volume alongside the recording. Don’t forget that you may also want a webcam, meaning you’ll have to think carefully about microphone positioning.

In the past, USB microphones were often seen as a gimmick, but they’ve been improving constantly. There are now thousands upon thousands of people using them for producing their own content. Whether you’re a vlogger, streamer, podcaster, or singer, a USB microphone is perfect for capturing vocals.

But you should put some thought into the recording pattern that will best suit your intended usage of the microphone. Don’t buy yourself a cardioid microphone if you’re going to be sitting on either side of an interview table. And don’t pick up an omnidirectional mic if you’re trying to podcast in an environment with lots of ambient noise.

As a general rule, dynamic microphones handle louder audio sources better than condensers, but the gap isn’t too wide. You can still record music with a condenser microphone — just be sure to check out reviews before you commit.

What recording software will I need?

Check the USB microphone that you’re buying, as many will include software for recording audio. But if you’re looking to mix simple tracks on your computer, then Audacity is a good start. It’s a free program that’s compatible with both Windows PCs and Mac computers.

Of course, there are paid alternatives available with greater levels of built-in functionality, so it’s all about what you need. Just remember to check if a particular microphone includes a headphone out, because you can’t monitor recordings in real-time without one. You’ll always want this functionality if you plan on recording vocals over pre-recorded instrumental tracks, for example.

When you’re on the hunt for a new USB microphone, if you’re a Mac user, look for Garageband support. It’s a fantastic recording application that works on Apple products, and it’s frequently recommended by customers who use these mics. It can be used for vocals, instruments, or any other sounds that your new USB microphone can capture.

An audio interface converts an analog signal into a digital signal, though not all microphones require this step. Some mics have a built-in analog-to-digital converter, meaning no additional conversion is required (nor possible). An audio interface is useful if you’re plugging in instruments that require conversion, for example.

With microphones in general, check out the specific model you plan to buy so you know what you’ll need. In most cases, your mic will already have onboard conversion from analog to digital. If so, then don’t waste any money on an interface.

But you’re reading a ranking of the best USB microphones, which means just one thing. If you buy one of these microphones, you’re not going to need an audio interface. Such interfaces don’t accept USB as an input source, which rules out all of the products we’ve listed.

What are the best USB microphones?

When it comes to the best USB microphones, there’s variation in the price tag, the type of recording pattern, and the build quality. Most of these factors simply depend on what you need. However, there are 3 USB mics that we’d recommend above the others for certain purposes.

For shoppers on a budget, there’s the best budget USB microphone, which is the Blue Snowball. It supports multiple recording patterns, which are quickly accessible via a physical switch mounted on the microphone. There’s a telescoping arm included for height adjustment on your desk, plus it’s aesthetically pleasing to boot.

Or you could opt for the best multi-purpose USB microphone, which is the Apogee Mic 96k. It’s not the highest-scoring mic on our ranking, but it’s a studio-quality recorder and cross-functional. Though it lacks omnidirectional or even bidirectional recording, it still performs very well with its cardioid pattern in numerous scenarios.

Otherwise, our pick of the best overall USB microphone, based on the most positive feedback, is the Blue Yeti. Media is recorded directly onto your device rather than any external storage, and the sound quality is second to none. It also supports bidirectional, omnidirectional, and cardioid recording patterns, setting you up for pretty much any scenario.

Whatever you’re recording, a USB microphone is enough to get started, but there are some accessories that can make things easier. We’ve gathered a list of related recommendations that could help you take your audio to the next level. 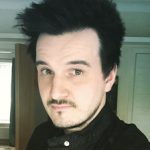 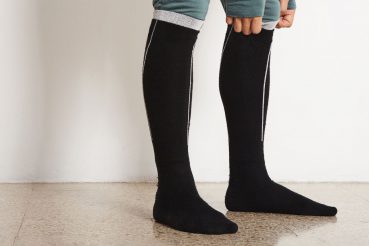 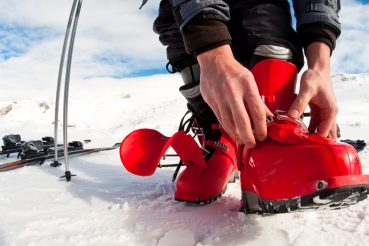 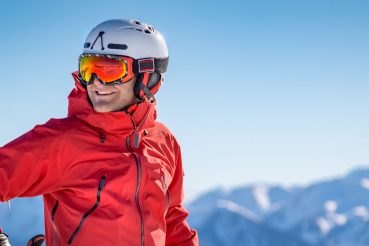 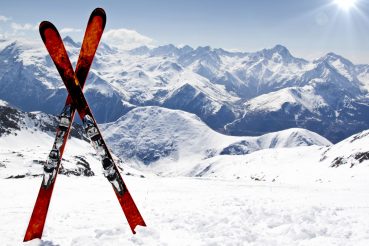