Rian Johnson’s The Last Jedi inspired an extremely divided response when it came out, so much so that the discourse pushed some of its stars off social media, and the film continues to inspire passionate defenses and vitriolic takedowns.

When J.J. Abrams, who directed The Force Awakens, got back into the director’s chair for the third and final installment of the new Star Wars trilogy, The Rise of Skywalker, everyone had questions. How much of Johnson’s changes to the Star Wars universe would he keep? How much would he retcon to “make the fans happy?” Would the last film hold the same thematic weight of Jedi, or would it, like The Force Awakens, be mostly entertainment?

The Rise of Skywalker is out in the world now, and we have the answers. Is it fan service? Absolutely. Is it entertaining? Without a doubt. Is it about anything? That answer is a little harder to determine.

The Rise of Skywalker mostly jettisons the themes that made Johnson’s movie so interesting, going instead for some good but half-considered ideas about defying negative expectations and choosing to become your own person. Those ideas get buried in a bulk of plot, characters, and action that needlessly weigh the whole thing down.

The Rise of Skywalker picks up a short while after the events of The Last Jedi. Kylo Ren (Adam Driver) is now the Supreme Leader of the First Order, after having killed Snoke in the previous movie. Here, he’s continuing in his rogue quest to destroy both the Sith and the Jedi, and trying to convince Rey to embrace the Dark Side and join him in his destruction.

Rey and Ren still share a psychic connection, but she’s as determined as ever to stop him. A troubling piece of news regarding an old enemy (they put Emperor Palpatine’s evil laugh in the trailer for a reason) sets Rey, Finn (John Boyega), and Poe Dameron (Oscar Isaac) off on a quest of their own, one that requires several stops along the way for reasons that become increasingly hard to determine. Along the way, our heroes run into a number of old allies and new friends.

The Rise of Skywalker is a movie determined to please its viewers. It builds on some fun character team-ups, keeps the action moving, and introduces some interesting new character connections and sub-themes. Those seeking answers for some of the trilogy’s most enduring mysteries will get them. Those hoping to see characters they know and love will also be satisfied, as the movie piles them on in grand finale tradition.

The chemistry between Rey, Finn, and Poe remains as solid as ever. Isaac in particular really gets a chance to shine, more so than he’s been given in the last two films (being largely absent for one, and cast as an egotistical jerk in the other).

Some of those same strengths, however, are also The Rise of Skywalker’s biggest weaknesses. The action keeps moving, but it also never stops, piling on exposition through clunky dialogue rather than slowing down and giving the audience some actual context. There’s an awful lot of running throughout The Rise of Skywalker, and there are several times where it’s not really clear who the characters are running from, or what they’re running toward.

It doesn’t help that the plot is needlessly convoluted, adding in new characters and locations that have no business being in the final chapter of a trilogy, since we’re likely never to see them again. The extra plotting takes up so much room that there’s not enough time to devote to the relationships viewers likely care about the most, and the resolution of some of those relationships is never explored — likely with the hope that they could be continued outside of these films.

Some background characters are played by recognizable actors, but are essentially glorified extras. And some significant characters get sidelined. Kelly Marie Tran’s Rose Tico, a big part of The Last Jedi’s plot, is minimized to a very pointed degree, as if it’s a corrective for the fans who disliked her character. If that reasoning seems unlikely, a line from a major character later in the film that overwrites another much-criticized moment from The Last Jedi should put any questions safely to rest.

The Rise of Skywalker is fan service, but fan service of the dullest kind. The Last Jedi introduced some interesting new avenues for the final film to potentially navigate. The Rise of Skywalker completely ignores those avenues and caters solely to its pettiest fans, determined to bring them back into the fold rather than creatively challenge anyone.

The movie is so determined to be all things to all people that it overstuffs itself, becoming more of a Star Wars fan collage than a movie on its own terms. Plenty of people will like The Rise of Skywalker on opening weekend. Whether they’ll still be fans of it in 10 years remains to be seen.

Buy your tickets for The Rise of Skywalker here. 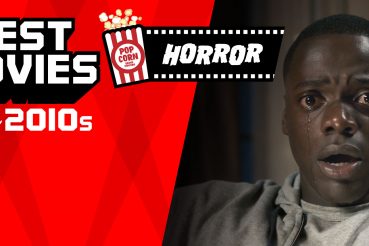