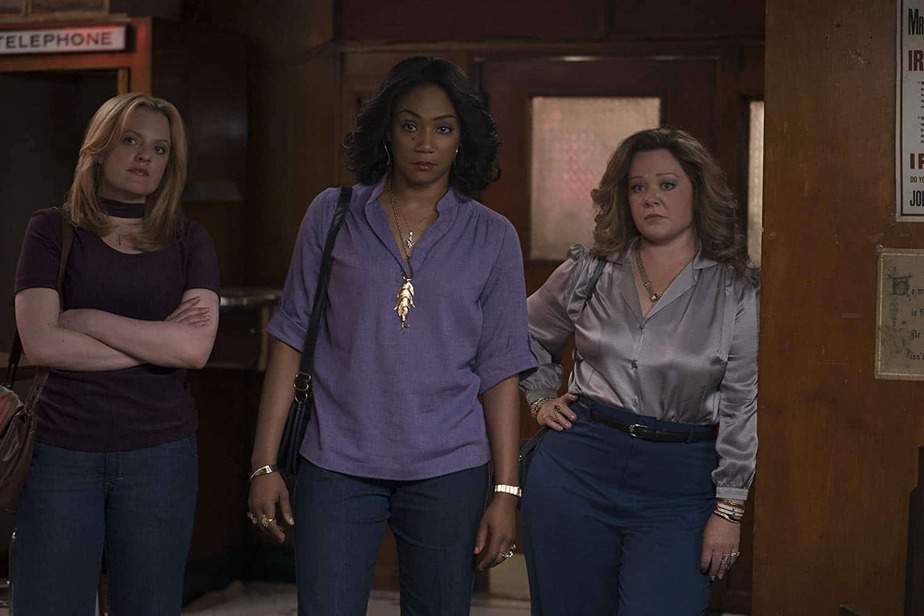 [dropcap size=big]O[/dropcap]n paper, The Kitchen has a lot going for it.

It stars a trifecta of talented actresses (Tiffany Haddish, Melissa McCarthy, and Elisabeth Moss). Its director and writer, Andrea Berloff, is one of the writers behind the Oscar-nominated script of Straight Outta Compton, and she adapted the film from a critically praised DC Vertigo comic. The Kitchen presents a rare female-oriented riff on the gangland crime drama, in theory a rich opportunity to explore what violence, corruption, and power look like from the female perspective.

Unfortunately, in practice, it’s an opportunity squandered. A cast of ultra-talented performers can barely save a script that’s overloaded with underdeveloped characters. They can do absolutely nothing to save the film’s editing, which is scattershot, artless, and frayed at its glaringly obvious seams. 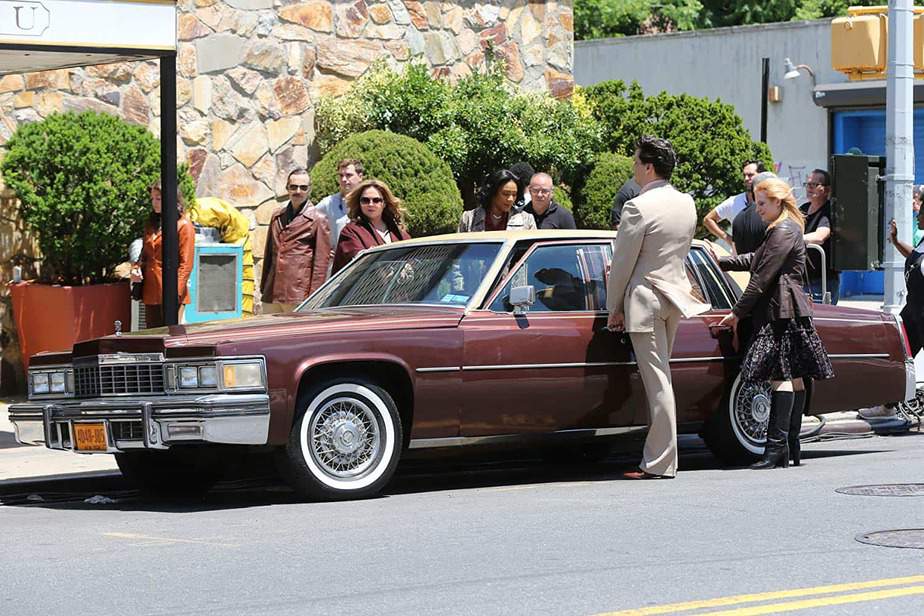 But most disappointingly, the film underserves its female characters, refusing to give them any real growth or effectively communicate the changes that come with each moral compromise they’re forced to make. It’s a film that seems to think of itself as by-the-numbers, when that clearly didn’t have to be the case.

Kathy (McCarthy), Ruby (Haddish), and Claire (Moss) are the wives of three small-time crime bosses in New York’s Hell’s Kitchen in 1978. When the men are sent to prison, the financially strapped women decide to take over their husbands’ work, gathering protection money from local businesses. 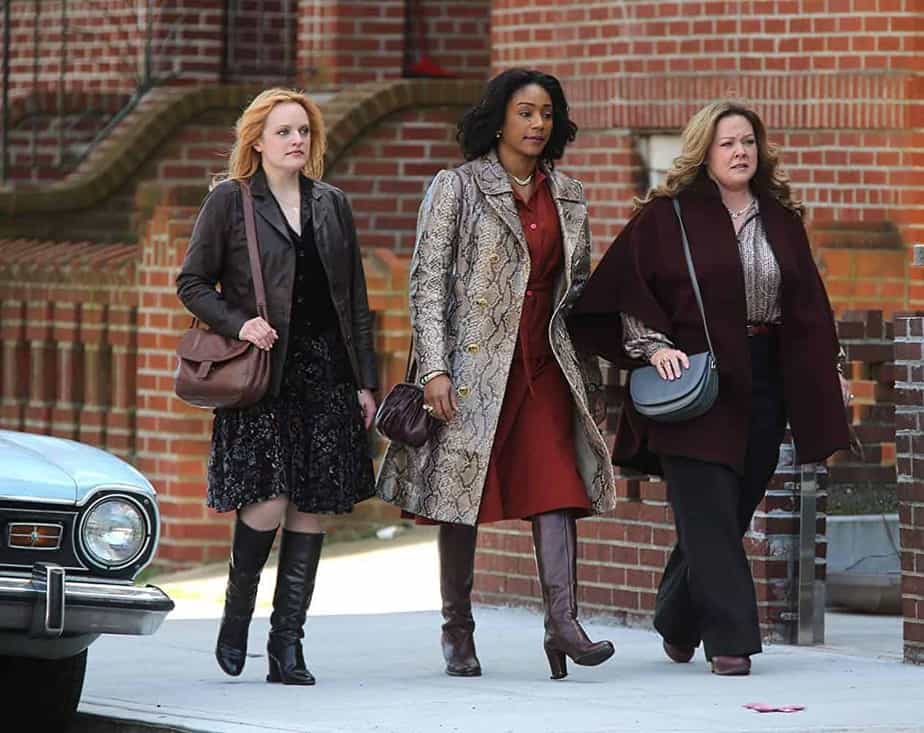 The organization-minded Kathy uses her new position to become an empowered community leader. Ruby’s ruthlessness and uncompromising negotiation tactics help the women get what she feels they deserve. Claire, whose husband, Rob, abused her, uses the opportunity to defend herself, and eventually becomes the group’s enforcer, alongside their partner (and Claire’s sometime lover) Gabriel (Domhnall Gleeson).

After the women’s husbands return home from their incarceration, however, the power and respect the wives have amassed becomes a problem. Now feeling left out and emasculated, Jimmy (Brian d’Arcy James), Kevin (James Badge Dale), and Rob (Jeremy Bobb) are willing to do whatever it takes to get their old lives back, and their wives have to decide how hard they’re willing to fight to protect what’s now theirs.

The Kitchen features a stacked cast, and each member does their level best to elevate the material. Berloff has the good sense to include seasoned character actors like Dale, Bill Camp, and Margo Martindale in the ensemble, and they provide the movie with a sense of gravitas, grit, and wicked fun. 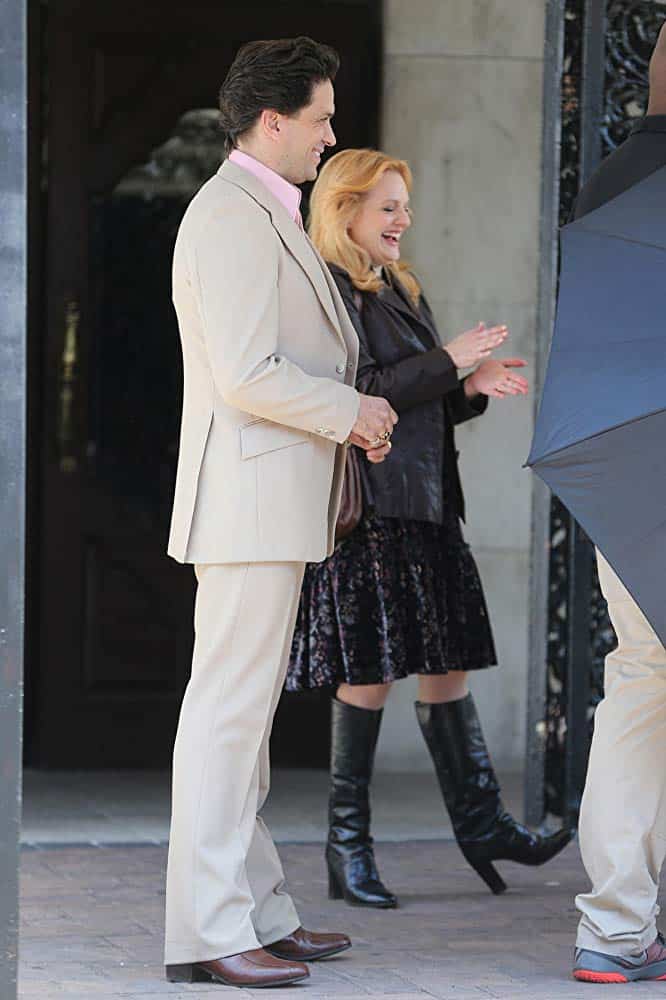 Also, while much of the film’s technical aspects are left wanting, the production design is immersive and effective. The Kitchen’s costumes, sets, and hair all look great, and add to its 70s atmosphere, from a grubby corner deli to dark-paneled restaurant walls to the coked-up opulence of a mob boss’ base of operations.

The Kitchen feels as if it were written and edited by a neural network that watched Widows, Goodfellas, and HBO’s The Deuce, then put together a film based on the inputs. The movie is extremely choppy, offering little to no context about its setting, characters, or relationships before the action starts. Even once things get going, we have nothing except the actors’ words to express the women’s connections to or feelings about each other. There’s no sense of shared history, yet somehow we’re supposed to believe it when McCarthy’s Kathy expresses her love for her sisters-in-arms, or that Gleeson and Moss’ characters have unrequited passion in their past.

Part of the trouble is that there’s no internal logic from scene to scene. The Kitchen is 102 minutes long, but it feels like there’s almost as much material missing, material that might establish relationships or set up twists that, in the movie’s current form, feel like they come out of nowhere. In one particular case, a scene between Moss and Gleeson is split up and spaced out to make it look like we’re watching two separate moments, when it would have made much more sense, and had more impact, if it had been left alone. 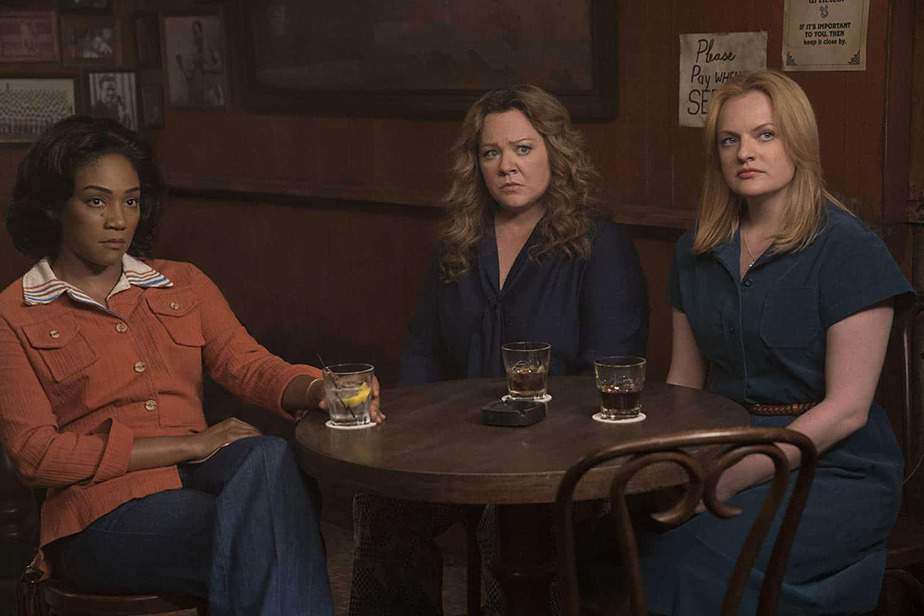 Berloff and her editor, Christopher Tellefsen (whose resume otherwise displays plenty of skill), try to smooth over the cracks in the foundation with overhead aerial shots of New York and endless Fleetwood Mac needle drops. It’s a trick that quickly loses steam, even after its first use. Even in the scenes that don’t suffer from odd placement or cuts, the editing techniques are pedestrian at best, squandering opportunities to build tension or create an interesting rhythm. The Kitchen may take inspiration from Goodfellas, but the filmmakers clearly weren’t watching it very closely.

In its female-centric story, the movie also wastes a good opportunity to explore female antiheroines. The gender identity of the trio at the center of the story is treated as a novelty rather than a different perspective. The methods of business are exactly the same. The only difference is that this time it’s a woman holding a gun instead of a man holding a gun. Last year’s Widows showed us that it was entirely possible — and immensely satisfying — to create a nuanced thriller with fleshed-out female characters, one that also commented on race and class. The Kitchen acts as if Steve McQueen’s movie never existed.

It’s frustratingly easy to see the ways in which The Kitchen could have been a better film. The pieces are all there. Unfortunately, the film is willing to settle for the very easiest way forward, which does a huge disservice to all involved. The end result is a sloppily assembled mess that barely holds together, like a Nailed It! version of period crime dramas.

Buy your tickets for The Kitchen here.

Rated R for violence, language throughout and some sexual content