Tim Lebbon is a well-established purveyor of frights with a long backlist of titles that will have you reaching for your nightlight.

From Alien franchise tie-in novels to cerebral monster classics like The Silence (which was recently adapted for Netflix), he’s written across the horror spectrum. There’s something about his newest book, Eden, that cuts deeper. It taps into our growing awareness of the temporary nature of our species. It leads us to question our understanding of nature, our relationship with it, and our ability to coexist with it. This isn’t a postapocalyptic novel. Instead, it’s written along the plot points that are quickly leading us to those end times. It’s a near-future waypoint between now and extinction, and the trajectory is plausible enough that the dread it invokes will leap right off the page and follow you home. 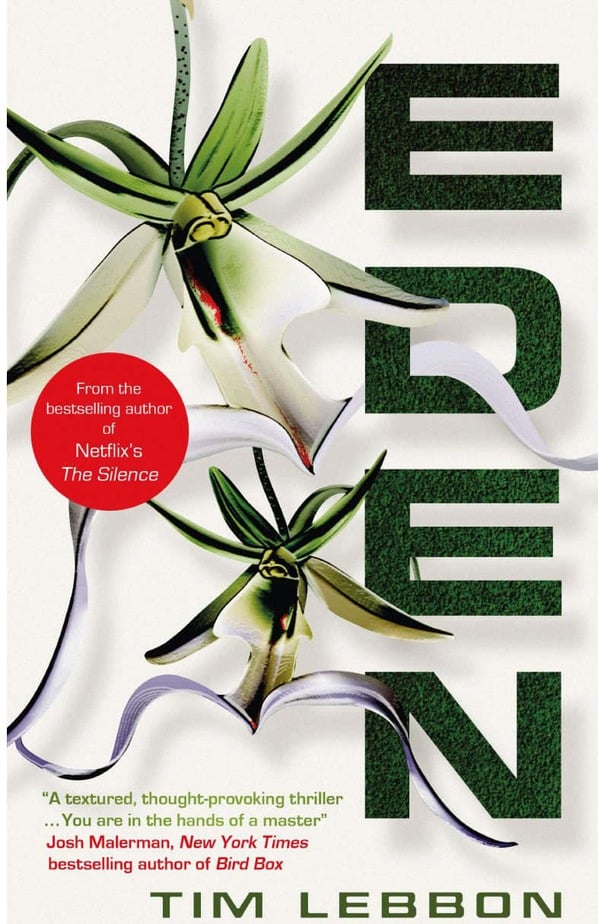 Humans have finally decided to do something about our vanishing ecosystems. The response is to create a series of Virgin Zones—vast landscapes that will be wholly given back to nature, cut off from all human interference, so that they can heal and become what they were meant to be. They are guarded by a militant force who will resort to any measure to keep people away from the Zones.

Humans love a challenge. The allure of the Zones is too much for extreme sports aficionados like Jenn, her father Dylan, and their friends. Their troop has infiltrated and raced across each of the Zones except for this last one—Eden. The oldest and most dangerous Zone, Eden is known to have claimed the lives of many who have dared to enter its borders. And Jenn’s estranged mother, Kat, is missing somewhere inside.

The tension in this book begins before you even open it. Lebbon relies on our own far-seeing anxiety of how the planet has changed, how we have changed it, all into something that may no longer choose to host us as a species. The characters are aware of it, too. Selina, the scientist of their group, says it outright: “Humanity’s finished, Aaron. We’re hanging by the skin of our teeth, and these places are what’s going to be left behind. Coming here, we see the future.” This isn’t said out of depression, however, but in admiration of the purity of the landscape. The team are not in mourning for humanity, though the shells of abandoned cities hang heavily over their heads. They’re looking past the doom of it, into a future that is beautiful.

Human determination is the backbone of this story. Humans were determined to master the planet, and in doing so, ruined it. They were determined to fix the problem and created the Zones. They’re determined to keep them guarded at any cost. And others are even more determined to prove themselves against them. Humans in Eden have a misplaced faith in their own indomitable will. That will and determination, when pitted against nature itself, can be either inspiring or tragic. As this is a horror book, it’s safe to assume both come into play.

Tragedy in horror has little effect if we don’t come to care for or empathize with the characters involved. Lebbon builds a cast that pulls us in immediately. Jenn is brave, yet anxious. The story opens as her team, including her father, Dylan, are just learning that she has deceived them in her motive for summoning them to Eden. She knows her mother is somewhere inside, and her desire to cross the Zone is only partly that of an extreme sports enthusiast—she’s a worried daughter, hoping to find some trace of her mother’s expedition. The lie weakens their team instantly. Beginning a journey from a place of broken trust sets the tone for the development of their relationships throughout the story. Some, like Aaron, Jenn’s partner, are quick to forgive, while others carry their grudge as an added weight to their pack. 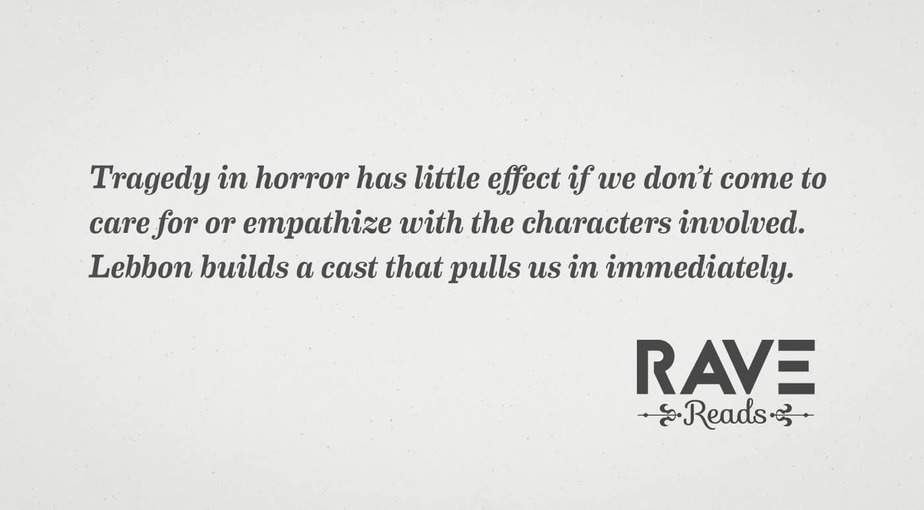 The development of these characters in juxtaposition to one another works well. Our understanding of them grows from how we see them interact. Their changing relationships, their moods, their judgments or forgiveness of one another all feel familiar, and the character development is as organic as Eden itself.

Even in a group, nature can be isolating. The characters are introspective, though they rely on one another entirely for their survival. Their cooperation is a matter of life and death, and as they venture deeper into Eden, those bonds will be stressed. The fluid team dynamic that they used to cross the other Zones is strained, and nature is adept at spotting a weak link.

But there is something more than nature out there, waiting to test them. Something other than human. Mankind can never know what nature would be like without mankind—our very witnessing of it changes it. So in a space that has been free from human influence for decades, what primeval creatures can evolve? The growing threat of that unknowable force begins on page one, and it will turn the pages for you till you reach the end. 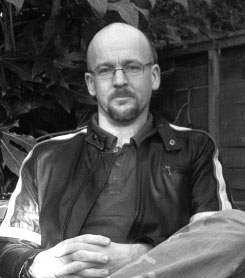 This book easily calls forth comparisons to Jeff Vandermeer’s Southern Reach trilogy—Annihilation, Authority, and Acceptance—but without the surreal, dream-like state that Vandermeer’s writing invokes. Lebbon’s work is visceral and hyper-real. His attention to the senses and the language used to describe both the beauty and dread strength of nature will drag you right out into the wilderness with Jenn and her team. It’s a page-turner that will summon you back to it when you’re trapped doing other tasks. I’d advise against reading this book while camping.

Eden will be released from Titan Books in April 2020.