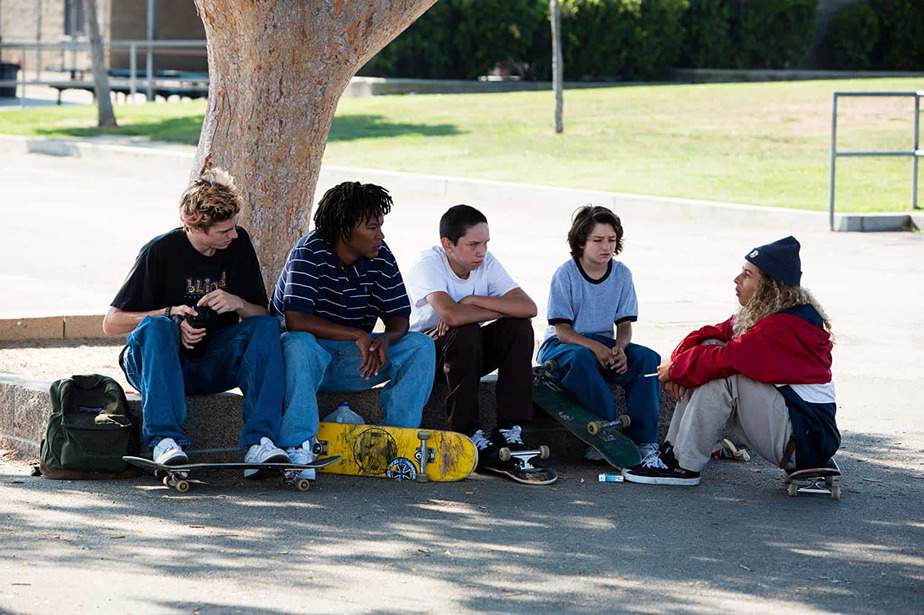 [dropcap size=big]W[/dropcap]riter and director Jonah Hill’s new film Mid90s is part of an interesting approach toward nostalgia that’s shown up in theaters this year.

Instead of a wistful remembrance of a past time period, or a litany of pop culture callbacks, Mid90s is nostalgic for a specific age in a way that recalls Bo Burnham’s great Eighth Grade from earlier this summer. 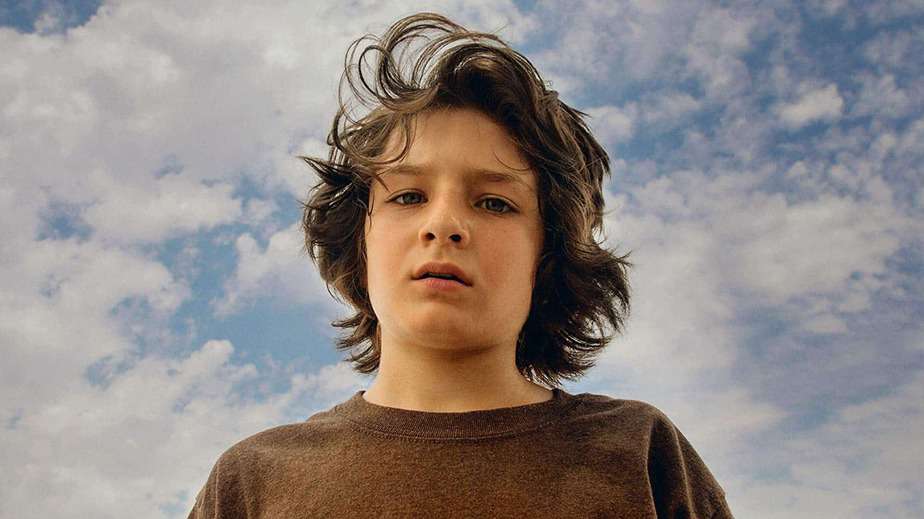 Like Burnham’s film, Mid90s is dedicated not to reminding its viewers how great it was to be alive during the time it depicts, but to accurately depicting the joys, complexities, and hard lessons that are part of being a 13-year-old kid.

It’s about a character making the transition from childhood to teenage years, desperate to fit in, and not realizing that the people around him are just as lost as he is.

Stevie (Sunny Suljic) lives in mid-90s LA with his single mom, Dabney (Katherine Waterston), and troubled older brother Ian (Lucas Hedges). Ian relentlessly bullies Stevie, who wants nothing more than to be cool like the brother he idolizes.

One day, Stevie happens upon a group of skater kids, and immediately latches onto them. They hang out at the skate shop, practice tricks in the back parking lot, party, and philosophize about their futures.

Stevie works hard to prove himself to his new friends, but fails to understand that although the kids are older, and seem cooler, their understanding of masculinity is truly toxic. Fuckshit (Olan Prenatt) is fast on his way to becoming an alcoholic high school dropout. Ruben (Gio Galicia) is bitter and rude. Ray (Na-kel Smith) dreams of turning pro with his skateboard, but his allegiance to his long-time friends could drag him down. 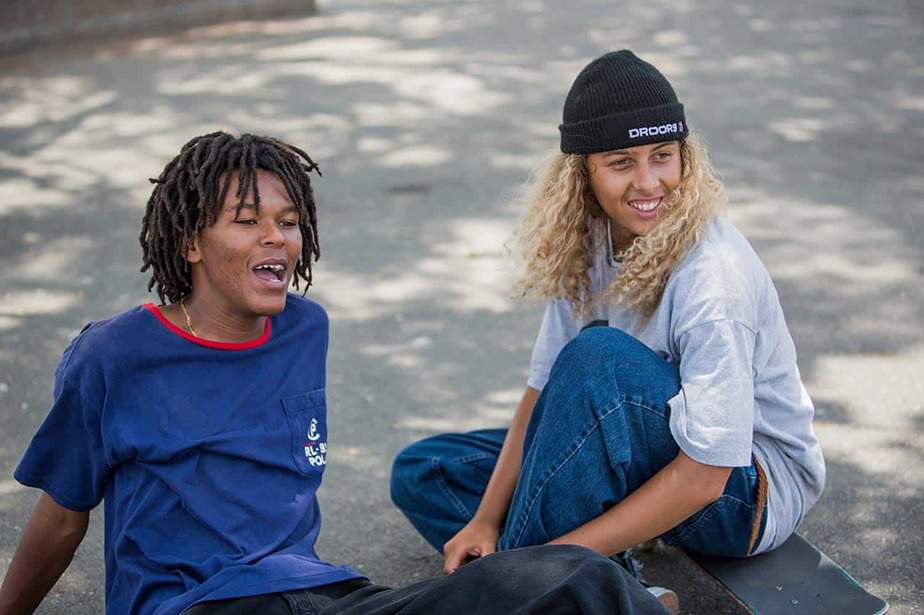 As Stevie becomes closer to his new friends, his willingness to do what it takes to win their respect threatens to destroy his life before it’s really begun.

In his directing debut, Hill shows a naturalistic style that draws from a surprising range of influences. Notably, there are elements of Kids, Larry Clark and Harmony Korine’s gritty exploration of 90s teenage life. There are also shades of Richard Linklater, Shane Meadows, and Gus Van Sant.

Sometimes it can feel as if Hill, like his protagonist, is trying too hard to show off new tricks. But it’s clear he’s been paying close attention to the movies that influenced him, and picked up more than just aesthetic ideas along the way.

Mid90s strives to be authentic to the experience of being a 13-year-old boy more than anything else, and it achieves that authenticity. Part of that comes from the way the kids talk to each other. The characters’ coarse language has gotten plenty of attention for its offensiveness, but it does feel true to the way kids that age talk (or at least kids of the generation the film’s portraying).

Ray, Fuckshit, Ruben, and their friends are frequently lewd, but it’s almost always performative. The kids are trying way too hard to look cool, to seem like they don’t care. Some, like Ray, are just starting to realize that maybe that needs to change. 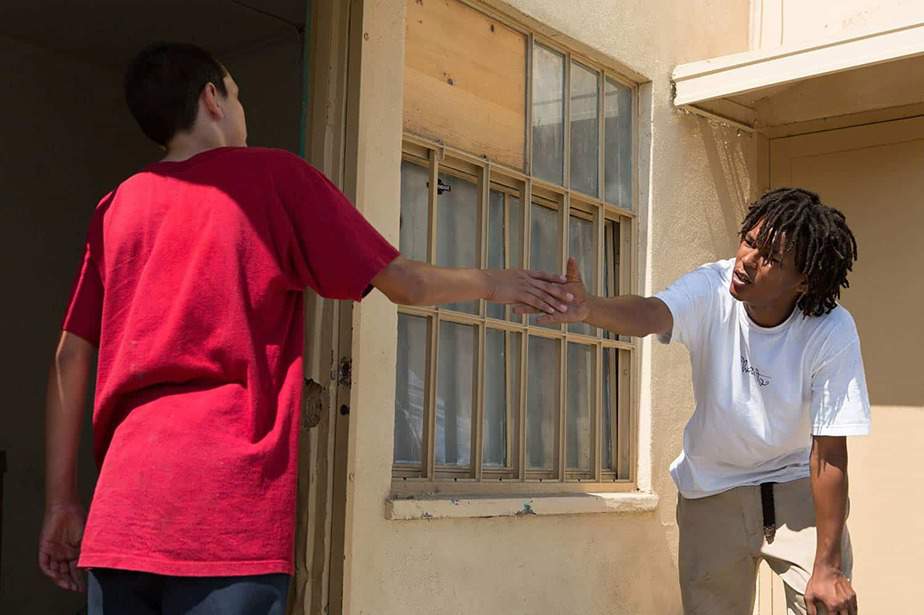 For Stevie, the balance between childhood innocence and raging teenage hormones, and its accompanying confusion of attitudes, defines everything about him. He’s got a Teenage Mutant Ninja Turtles bedspread, with centerfold pictures he swiped from his brother taped to the walls. He switches from trying to imitate his brother’s musical tastes to dressing like his new friends. He tries to keep up with Fuckshit’s drinking, not realizing that Fuckshit’s drunken antics have lost him everyone else’s respect.

As Stevie, Suljic is almost frighteningly good, conveying both a sweet eagerness and soulful maturity.

While Mid90s doesn’t endorse its characters’ behavior, mostly showing it as the product of a bunch of dumb boys trying too hard to be cool, the movie doesn’t do much to discourage it, either.

It is helpful to think of Shane Meadows’ This is England, a movie Hill drew significant inspiration from. That film centers on a young kid who falls in with a group of skinheads in the 80s. Both movies show complex characterizations of problematic people. But where Meadows’ film displays his characters’ views as unequivocally damaging, Mid90s is a little more ambiguous.

The movie cuts off right at what would seem to be a major turning point for its characters. You’re left hoping the events of the movie will help these boys realize the changes they need to make, but it’s left largely uncertain that anything will be different for them moving forward. 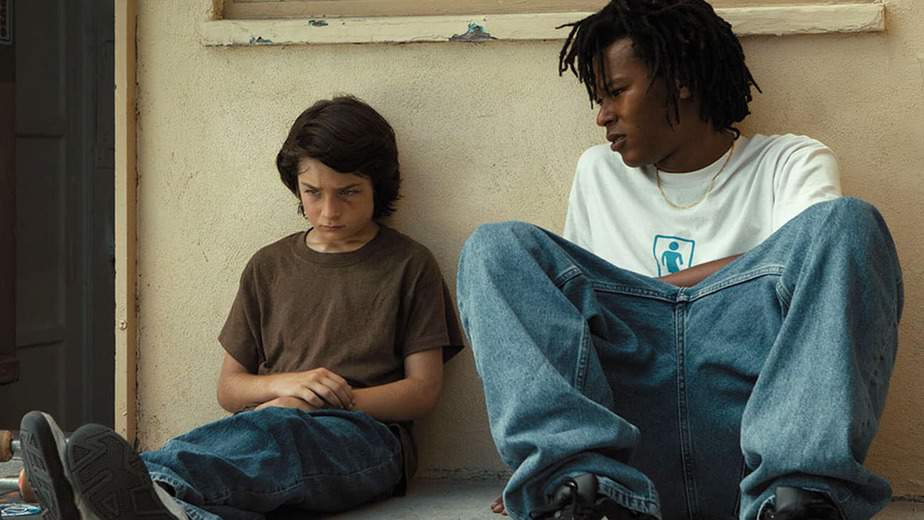 It doesn’t help that the film’s biggest female character, Katherine Waterston’s Dabney, isn’t very well drawn. She’s shown at different times to be oversharing and irresponsible, then suddenly concerned and proactive, with not much of a journey from one extreme to the other. She shows up sporadically, but mainly it seems like she’s just put in a scene for the sake of continuity.

Other than her occasional appearances and big brother Ian’s constant anger, we know nothing else about Stevie’s family — something which might help us better understand Stevie himself.

Mid90s is a solid debut from Jonah Hill, and an endearing coming-of-age exploration. The final message is a little uncertain, and potentially problematic. Occasionally, it seems like Hill is trying a little too hard to be taken seriously.

But even the movie’s pitfalls open up possibilities for conversation, and Hill authentically captures the complexity, tribalism, and insecurity of teenage boys. 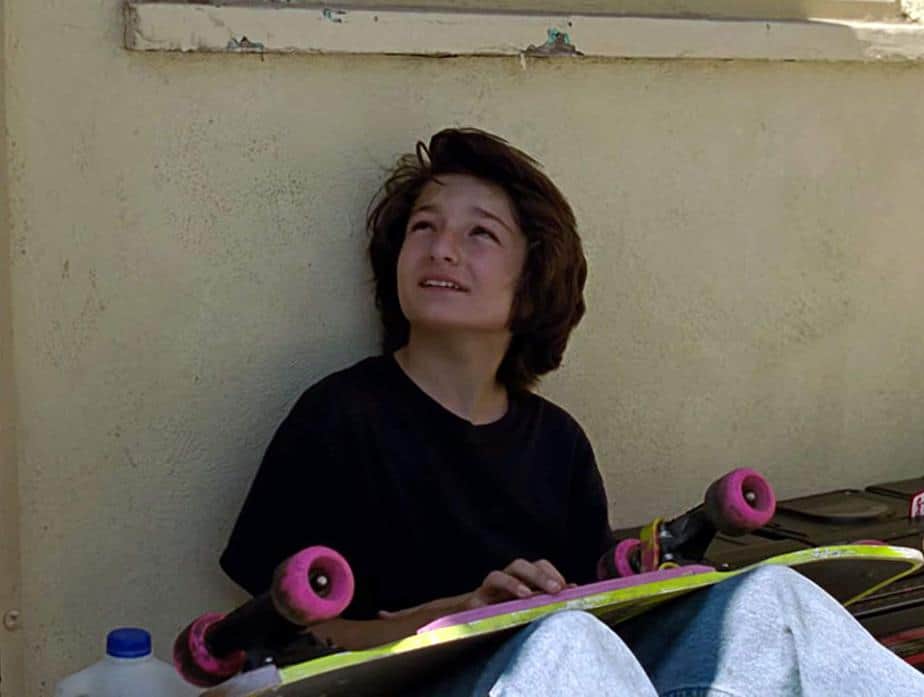 Rated R for pervasive language, sexual content, drug and alcohol use, some violent behavior, and disturbing images, all involving minors.