The songs and images most likely to spring to mind when you think of the film are the brightly lit and playful numbers, like “A Spoonful of Sugar” and “Supercalifragilisticexpialidocious” — ones that make the best use of Julie Andrews’ bubbly presence in the title role.

But just as iconic (and more frequent) are the film’s darker setpieces — “Feed the Birds,” “The Life I Lead,” “Sister Suffragette.” Even the cheery chimney sweep anthem “Chim Chim Cher-ee,” set against a dreary London skyline, has something of a dour edge to it. 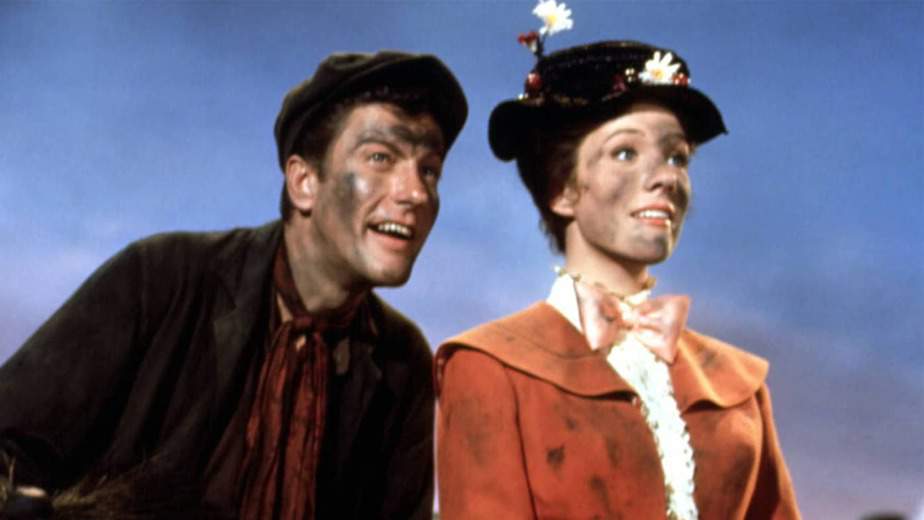 All this is to say, the 1964 film leaves a pretty strange artistic legacy for a beloved family film. When Mary Poppins Returns was first announced, my first questions were about how that legacy would translate.

Would Rob Marshall’s sequel strike that same balance of the original film? Would it veer too far toward the saccharine and sentimental? And while the casting of Emily Blunt as the magical nanny was indeed a practically perfect choice, how would she fill Andrews’ role?

Fortunately, Mary Poppins Returns not only gets the balance of drama, big-city grit, and magic right, but may actually do a better job of it than the original film.

Mary Poppins Returns is a delightful return indeed, with an energetic cast and incredible costume and production design that put a welcome new shine on things.

Mary Poppins Returns revisits the Banks children of 17 Cherry Tree Lane, now all grown up. Jane (Emily Mortimer) is a worker’s rights activist. Michael (Ben Wishaw) is a father of 3 and recent widower. Originally an artist, he’s followed in his father’s footsteps to make ends meet, taking a job at the bank.

Michael’s kids — Anabel (Pixie Davies), John (Nathanael Saleh), and Georgie (Joel Dawson) — have become tiny adults in the year since their mother’s death in an effort to help out. 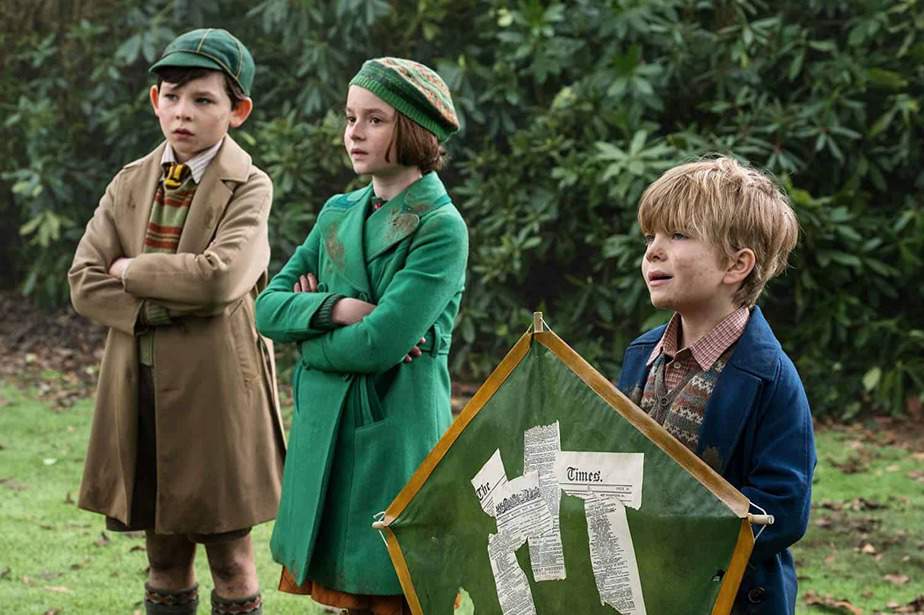 After the disorganized Michael falls behind on loan repayments, the bank comes to repossess the Banks family home. The adult Bankses have 5 days to find proof of their inherited bank shares to repay the loan.

In the midst of the overwhelming chaos, Mary Poppins (Blunt) reappears to care for the new generation of Bankses, and to help her former charges remember the lessons she taught them, with help from her cheery lamplighter friend, Jack (Lin-Manuel Miranda).

Mary Poppins Returns uses many of the same musical, visual, and structural elements its mid-century progenitor did. There’s a song that echoes “Chim Chim Cher-ee” at the beginning, and one near the end that mirrors the chimney sweep dance number “Step in Time” (this time with parkour and BMX-style stunt bikes included). 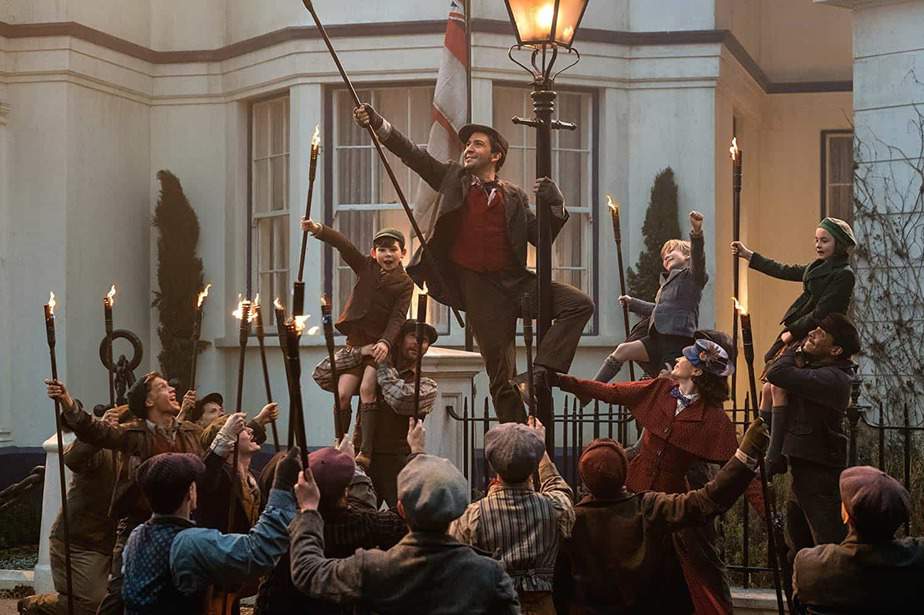 There’s a fantastic hybrid live action/animated musical sequence, and a number that recalls “I Love to Laugh.”

However, as much as Mary Poppins Returns draws from its original source, there’s something brighter and more joyful to the new film. Its colorful production design, attention to detail, and sometimes cheerfully bawdy sense of humor bring to mind this year’s delightful Paddington 2, another adaptation of a beloved character from British children’s literature.

Blunt is fantastic as Mary Poppins, bringing the same well-meaning magic and affection that Andrews brought to the role in 1964, but with an extra dose of practicality and dryness that take the character to another level. 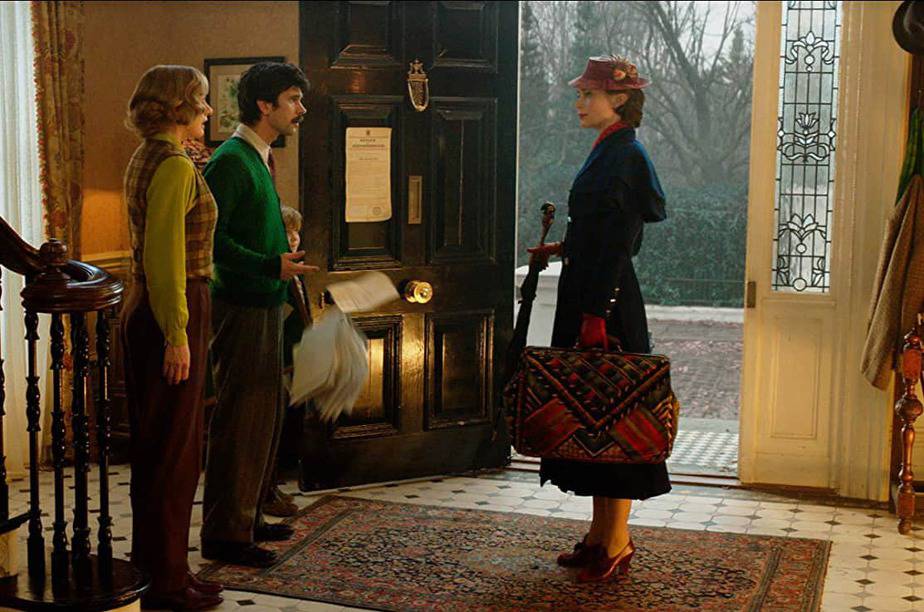 With Blunt, you get the sense that beneath the colorful outfits and strict rules about bath and bedtime, there’s an amazingly competent agent of chaos waiting for the chance to stir things up.

And a note on those colorful outfits — costume designer Sandy Powell brings her A-game to dressing all the characters, not just Mary. The level of detail is a large part of why the film works as well as it does. 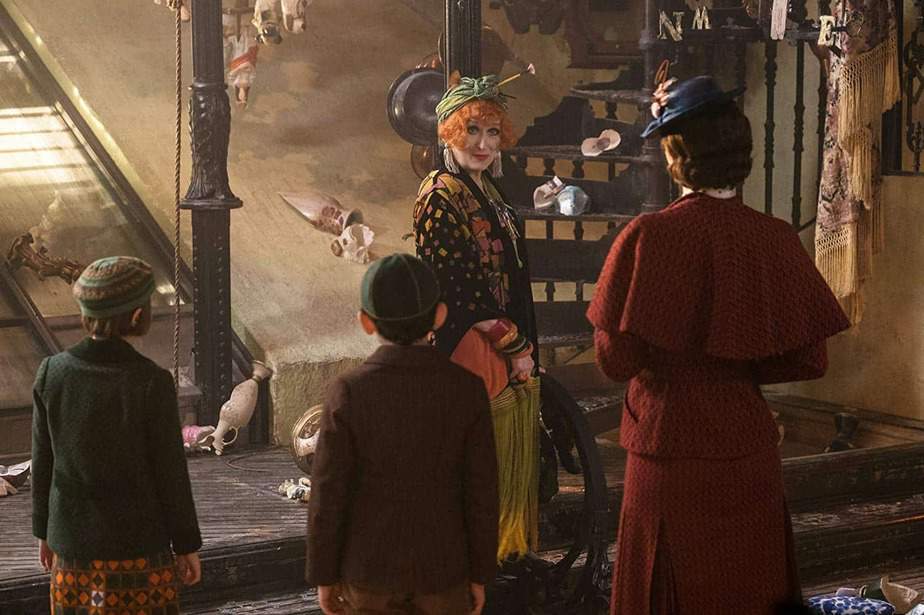 In the hybrid animated sequence, details on the human characters’ outfits, such as bows, buttons, or sashes, appear to be drawn on. Mary Poppins’ vast array of hats feature connecting elements that vary between scenes — a stuffed bird on one hat becomes a fish on another hat in an underwater sequence, and a paper animal in the animated one.

But for a few changes, Mary Poppins Returns follows the plot of the original film so well that it could almost be a carbon copy. While Rob Marshall’s sequel does do a few fun new things visually, on the whole, it very much feels like something engineered to please, rather than try anything potentially challenging.

However, considering it’s a Disney film, and continuing a story that’s been loved for generations, it’s hard to imagine any filmmaker would be able to deviate too much without getting into a heap of trouble. 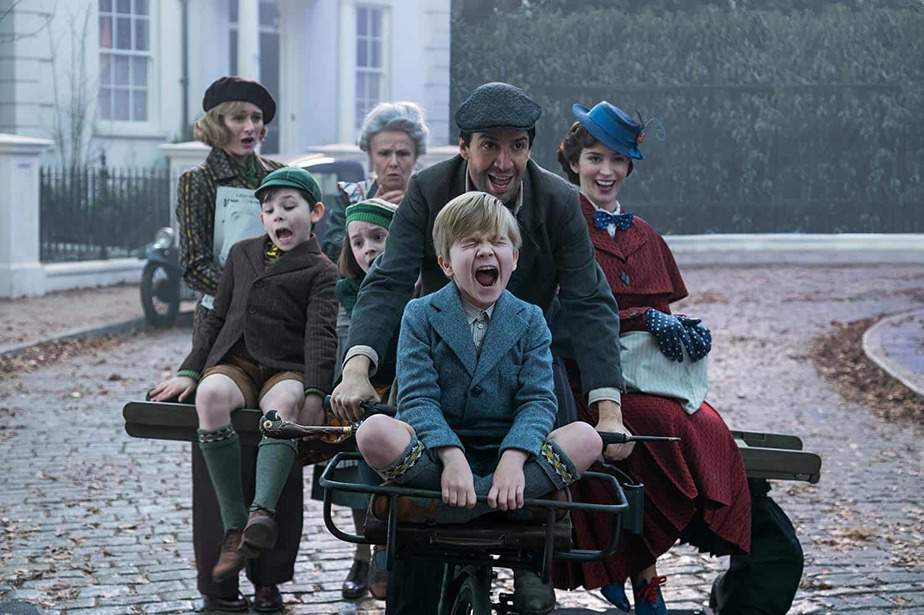 There are a few times when the movie veers into ridiculous territory, and even Mary’s droll wit can’t quite bring us back from the brink. Often, these moments involve Lin-Manuel Miranda’s Jack, who’s doing his best to emulate Dick Van Dyke’s performance in the original film.

While Miranda commits to the role and is plenty of fun to watch, the same energy that permeated Van Dyke’s Bert and his fellow chimney sweeps proves a little too goofy 54 years on. This is particularly true in the film’s over-the-top climactic scene. Including more complex stunt work for the “Step in Time”-inspired “Trip a Little Light Fantastic” was a good idea on paper, but the parkour and stunt bikes tend to induce eye-rolls more than awe.

While Mary Poppins Returns does hit one or two off notes, for the most part, it’s a delightful piece of work that plays to the strongest parts of the 1964 film, while giving a pleasant fix to the parts that didn’t quite work as well the first time out.

It functions as both a sweet nostalgia trip and a fun film that works quite well on its own merits. Whatever its flaws, the film presents a world audiences will be happy to get lost in. 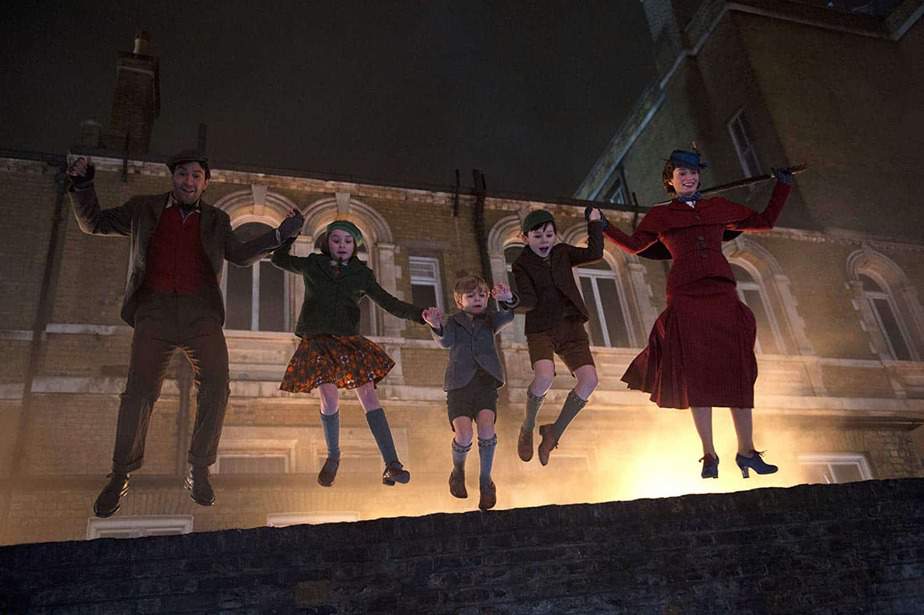 Rated PG for some mild thematic elements and brief action.