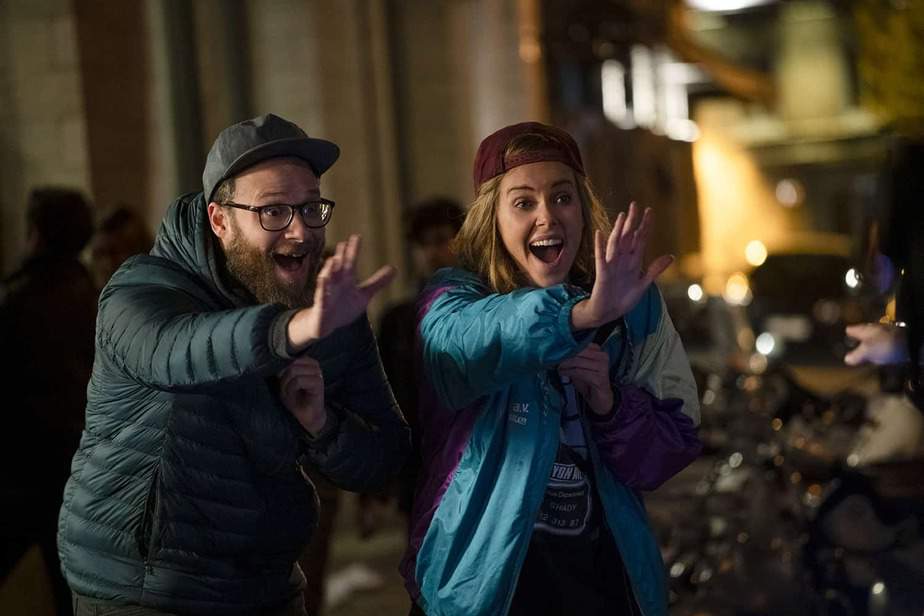 [dropcap size=big]L[/dropcap]ast summer, romantic comedies experienced something of a renaissance, after a long, slow decline in quality.

Movies like Netflix’s hit To All the Boys I’ve Loved Before and the box office juggernaut Crazy Rich Asians reminded audiences that while rom-coms had become a flat, cliched, inconsequential genre, they can be more.

Through their ability to charm and spread joy, romantic comedies can make us think about the nature of relationships between men and women (When Harry Met Sally), or consider the diversity of modern love in race (Something New), age (Something’s Gotta Give), or sexual orientation (Imagine Me & You).

Romantic comedies are, essentially, fluff. But at their best, they are fluff with substance.

The latest shot in the arm to the genre is this weekend’s Long Shot, which both charms and sneaks in some thoughtful subject matter by gender-flipping the traditional formula. 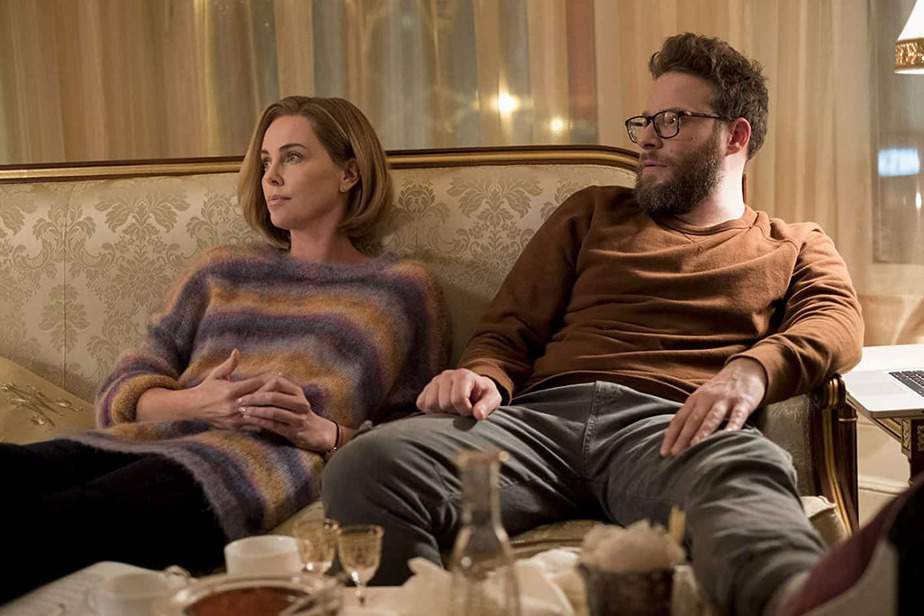 It’s a movie about idealism, the double standard set for women in politics, and being comfortable in your own identity. It also happens to be one of the most delightful movies of the year so far, in large part due to the surprising chemistry between leads Seth Rogen and Charlize Theron.

Fred Flarsky (Rogen) is a firebrand journalist at a Brooklyn alt-weekly, who quits on principal after his paper is bought out by a conservative media conglomerate. Despondent, he turns to his best friend, business big-shot Lance (O’Shea Jackson Jr.), who takes Fred along to a fancy benefit party where they can enjoy the musical stylings of Boyz II Men.

Charlotte Field (Theron) is the U.S. Secretary of State, and a 2020 presidential hopeful. She’s ambitious, idealistic, and has a great mind for policy. She’s also getting frustrated with the public’s tendency to focus on her looks and personality rather than the change she’s trying to enact. Charlotte also happens to be Fred’s former babysitter, and first crush.

By chance, Fred and Charlotte run into each other at the benefit, and Charlotte offers Fred a job as a speechwriter for her campaign. Their instant connection, shared ideals, and close proximity eventually blossom into a romantic relationship behind the scenes.

Charlotte and Fred’s romance, however, is threatened by the less-than-ideal optics of them together, as well as the compromises Charlotte feels forced to make for her job.

The “schlubby dude scores hot lady” trope is old hat — Rogen is the guy who, probably more than any other actor, helped it become a modern cliche in the first place. But while movies like Knocked Up don’t progress much further than the unbelievability of that premise (something Long Shot alludes to in its very title), this film presents a relationship that works because it’s built on mutual respect.

Fred likes Charlotte not just because she’s pretty, but because he appreciates her drive and intelligence. Charlotte likes Fred because he’s one of the few people who knows her beyond her public persona, and because he holds her to the standards she set for herself long ago, but of which she’s started to lose sight.

Unlike female leads in a lot of romantic comedies, Charlotte isn’t a work-obsessed nag. She’s a high-powered individual who’s overworked and overburdened by the expectations society places on women in her position. Charlotte genuinely cares about the work she does, and she’s good at it. 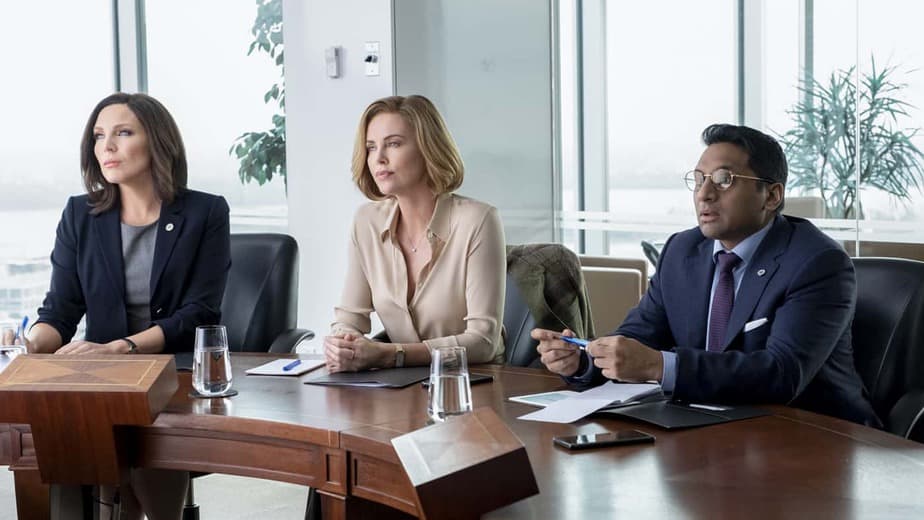 Success without a relationship doesn’t make her feel empty. She wants a relationship with someone who understands her, because it feels good to have that support — not because she needs to be half of a pair.

Fred, for his part, isn’t overbearing, selfish, or dishonest (Long Shot may be one of the rare romantic comedies in which the central couple are consistently honest with each other). He’s impressed by Charlotte’s accomplishments and status, not intimidated.

Over the course of the movie, Fred has to learn that his opinions aren’t the only valid ones, and that the perspectives of people around him, even if he doesn’t agree with them, come from life experiences that he doesn’t have.

What separates this story from many others about white dudes learning to check themselves is that Fred doesn’t start out oblivious to that knowledge. He’s willing to learn.

Rogen and Theron may seem like an unlikely pairing, but they are great to watch together, and believably enjoy each other. They’re supported by a great cast: June Diane Raphael gets the kind of exposure she’s long needed as Theron’s aide Maggie, and Jackson steals every scene he’s in as Fred’s best pal. 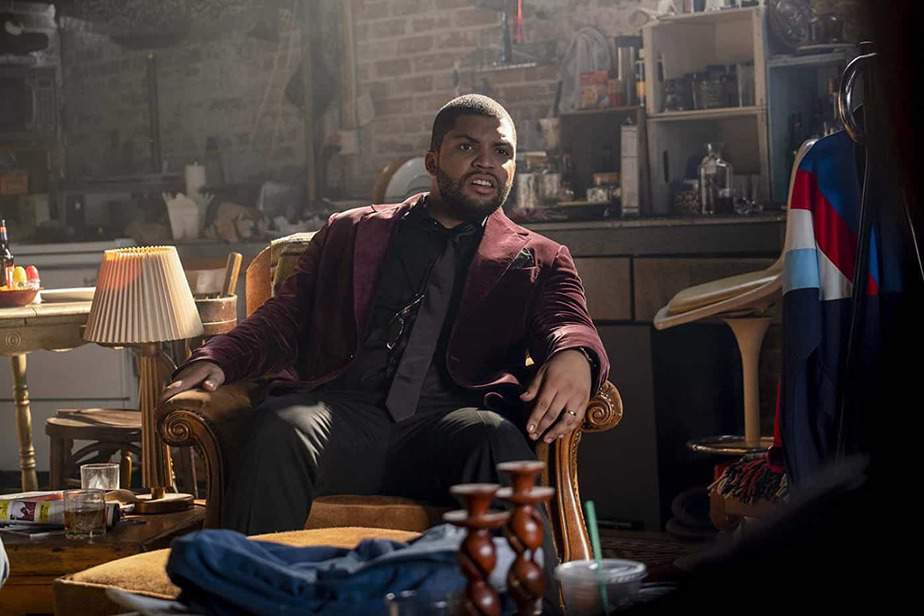 Lance may just be the greatest rom-com wingman in recent years. This is partly because of Jackson’s charming performance, but also because screenwriters Dan Sterling and Liz Hannah bother to develop his character beyond the basic sketches we usually get in a role like his.

Long Shot does a slightly better job of detailing Charlotte’s politics than digging into Fred’s, and in both cases, it keeps things pretty foggy. It’s never explicitly stated, for instance, what party Charlotte is with. She seeks endorsement from the President (Bob Odenkirk), despite the fact that she doesn’t respect him and disagrees with most of his actions.

The comedy scenarios the film sets up are pretty predictable, too. There are a lot of drug jokes, a lot of sex jokes, a couple of over-the-top physical bits. While Long Shot is deeper than many of its brethren, the surface level doesn’t differ wildly from what we’ve seen before.

That depth, though, counts for a lot. Whatever you may think about Rogen or his particular brand of stoner comedy, it’s impossible to dismiss Long Shot’s innate charm and noble goals. It plays with the formula just enough to create something really special, and gives audiences nuanced romantic leads in a relationship that’s easy to root for.

Long Shot isn’t a shaggy underdog romantic comedy. It’s a sweet, funny story about two people who believe in and support each other. It’s fluff, with substance. 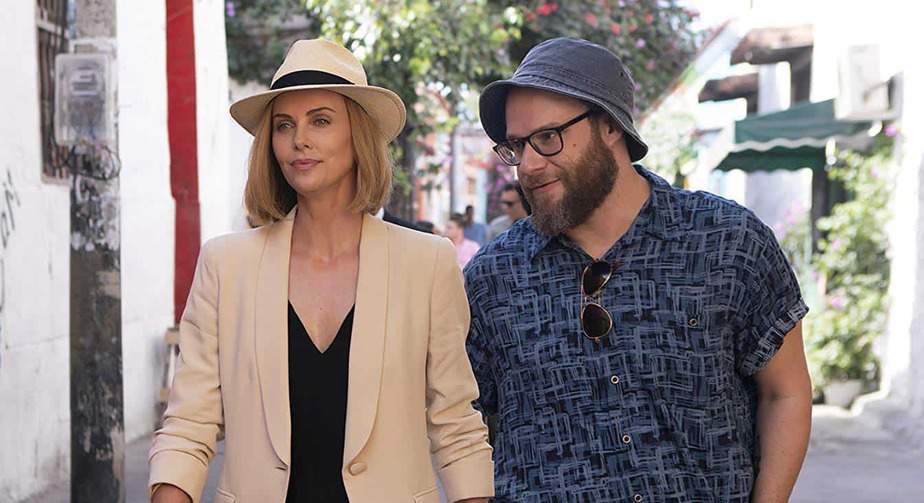 Rated R for strong sexual content, language throughout, and some drug use.