[dropcap size=big]T[/dropcap]he John Wick movies have never been about depth.

Like the great action masters that inspired stuntman Chad Stahelski to direct the beloved, hyperviolent franchise, John Wick chapters one and two use the melodramatic bones of a story to set up the craziest possible action moments, directed in a way that communicates the beauty and technical mastery of a well-choreographed fight.

The movies do this while also wryly hinting at the details of the complicated underworld in which they take place, giving us samples of the rules, the leadership system, the code of honor. 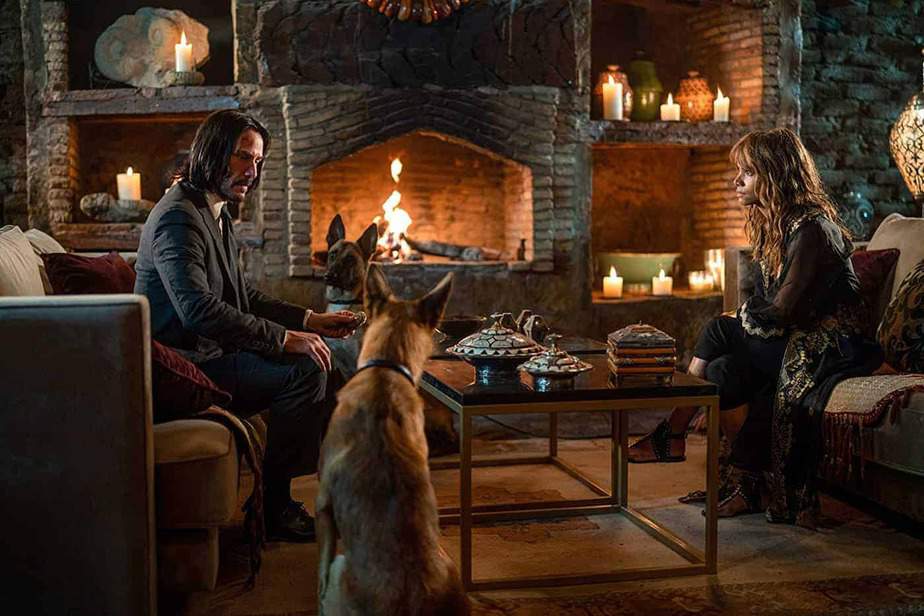 To use foodie terms, you could think of the John Wick franchise like truffle fries. They’re junk food with quality ingredients and distinctive flavor, made by a chef who knows exactly how to season them and surprises you with just how delicious they are: You never knew fries could taste this good. And while a diet of only truffle fries would not be recommended, there are some moments when truffle fries are exactly what you need.

John Wick: Chapter 3 – Parabellum is the best basket of truffle fries Stahelski has made so far. It ups the ante on the jaw-dropping stunts from the first two films, and does even more worldbuilding, digging into the lore of the mysterious, all-powerful High Table, the Continental, and the origins of John Wick (Keanu Reeves) himself.

Parabellum picks up where John Wick: Chapter 2 left off, with Reeves’ John on the run from the organization of assassins he was once part of, after having broken the rules by killing a man in the supposedly sacred safe haven of the Continental Hotel. There’s a $14 million bounty on his head, and he’s got less than an hour before all the assassins in New York (and the rest of the world) come looking to collect.

Determined to be forgiven for his crime against the system, John uses an old Belarusian mafia connection (Anjelica Huston) to gain passage to Casablanca. There, he follows up on a favor owed him by former colleague Sofia (Halle Berry) to find The Elder, the only person who can erase the conviction against him. 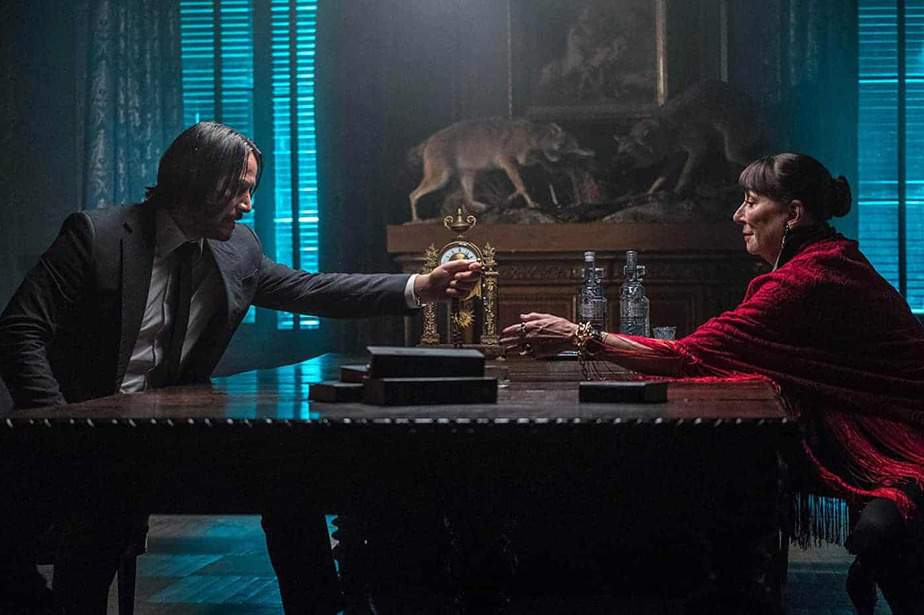 Meanwhile, the High Table, the ruling organization of the assassin community, has sent an Adjudicator (Asia Kate Dillon) to follow up with the people who helped John kill High Table member Santino D’Antonio in the previous film. Continental manager Winston (Ian McShane), the Bowery King (Laurence Fishburne), and Huston’s Director all have to suffer the consequences of aiding and abetting John. The Adjudicator also hires a hitman of her own, Zero (Mark Dacascos), to take John out.

The stunts this time around seem even more insane — if that’s even possible — than in the preceding John Wick entries. John Wick gave us an epic nightclub gunfight. Chapter Two gave us a killing by pencil, and a fight with Common on an Italian subway train. Parabellum gives us the following:

It’s good value for money, is what I’m saying. 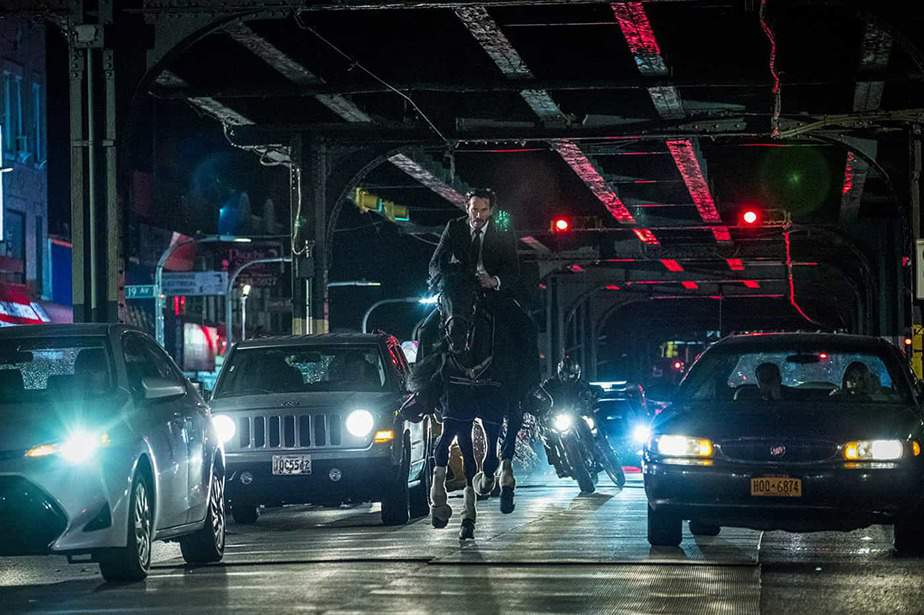 On top of that, Parabellum goes deeper into the lore surrounding these characters, dispensing even more information about the parts of this world we already know, while introducing some tantalizing new elements. There’s a lot of fertile ground to explore here, and Stahelski and co. are more than happy to dig in, as well as plant some new seeds.

The John Wick universe has slowly made strides to be a little more inclusive — characters of color, women, gender non-binary characters — than some of its action movie brethren. Often, however, it falls short in terms of developing those characters beyond a shallow one- or two-sentence description. 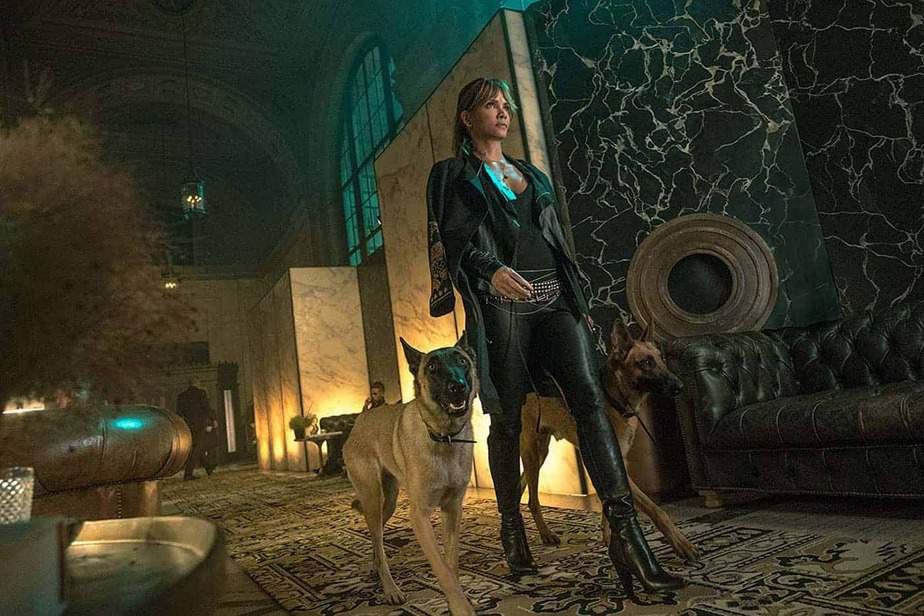 Berry’s Sofia, probably the character with the most interesting potential storyline, doesn’t get quite enough time to develop as fully as she could.

While the stunts and action set pieces are indeed phenomenal by and large, there are a few moments when the violence exceeds believability — even by John Wick standards.

Towards the end of the film, there are a couple moments that present a blow that should, beyond a shadow of a doubt, be fatal, only for the characters to walk away bruised but otherwise unscathed.

Despite a few flaws, John Wick: Chapter 3 – Parabellum maintains the series’ integrity as some of the wildest, coolest cinematic entertainment out there.

What it lacks in character beats, it makes up for in worldbuilding and stunning examples of well-executed action. It is gloriously fun performance art, with gun-fu and katanas. 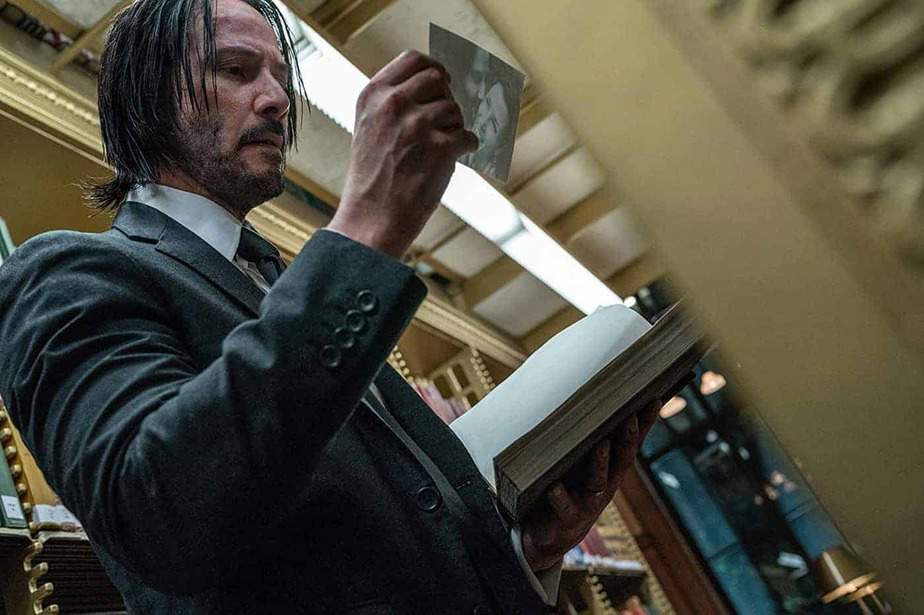 Rated R for pervasive strong violence, and some language.