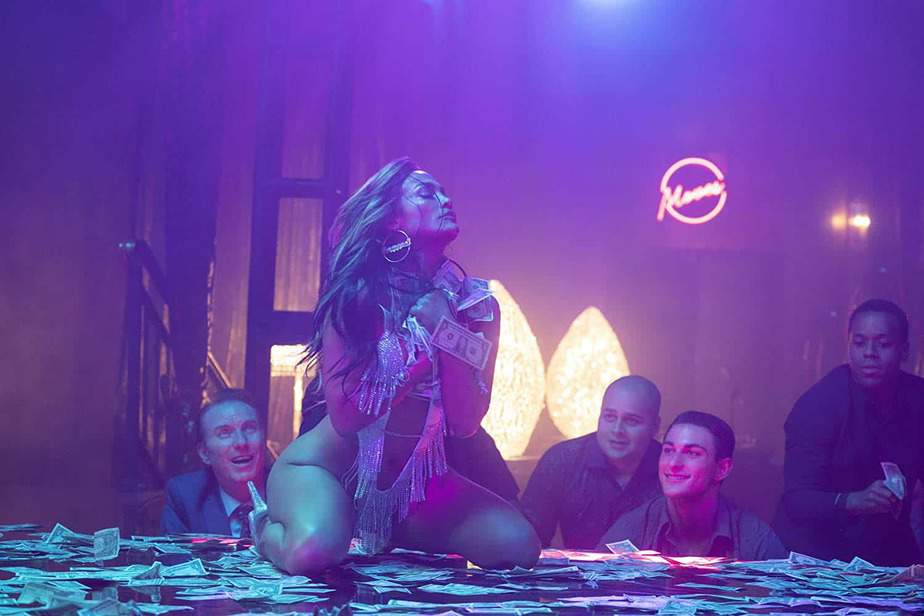 And surely, Lorene Scafaria’s movie works to make sure the audience understands exactly where Destiny is coming from when she makes that statement. Hustlers is a movie obsessed with the material trappings of wealth, and what our desire for them does to our relationships with other people. Reminders are there in every frame, from the cash raining down on the main characters in the strip club where they work to the furs and cars and apartments they buy for themselves.

The women of Scafaria’s film — which she also wrote — also run a very different kind of criminal enterprise than most male-dominated movies depict. Where The Kitchen failed to differentiate its female crime bosses from the guys they were taking down, Hustlers actually gives us a distinct viewpoint, and it’s all the better for it.

Based on the article “The Hustlers at Scores,” Hustlers tells the lightly fictionalized true story of a group of strippers who worked at the height of New York City’s nightlife just before the 2008 recession. Wu’s Destiny starts working at a high-end strip club hoping to make enough money to help pay off her grandmother’s mortgage and treat herself once in a while.

While working at the club, Destiny meets Ramona (Jennifer Lopez), a charismatic veteran of the scene who helps Destiny learn the skills she needs to bring in good tips. For a while, it’s great: Destiny helps pay her grandmother’s bills, moves into her own place, buys a Cadillac, and goes to fantastic parties. Then the 2008 recession hits. 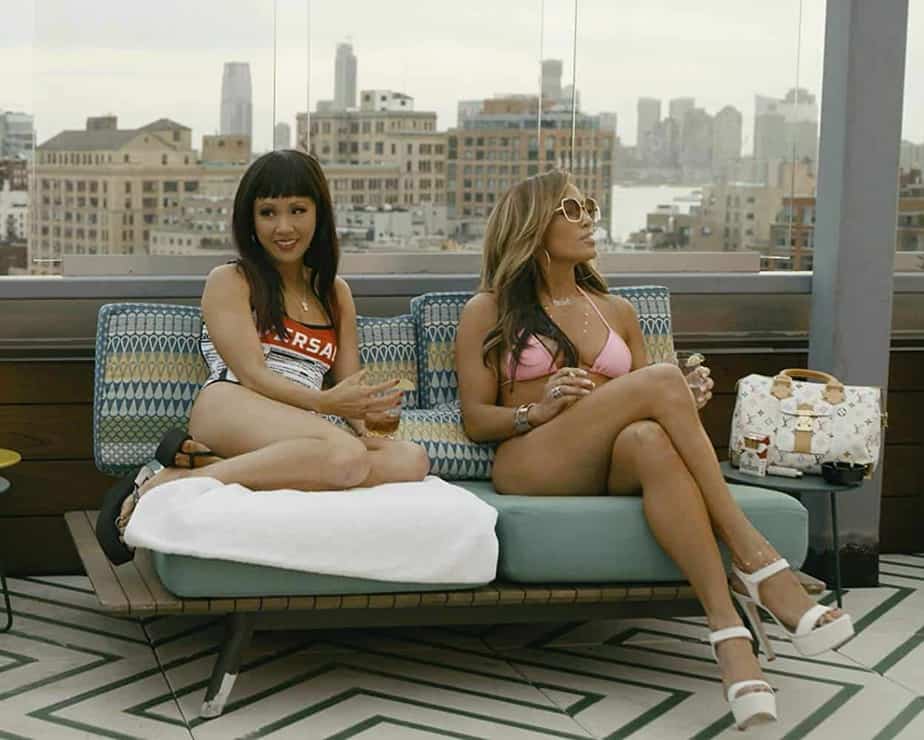 Hurting significantly from the sudden loss of most of their Wall Street–based clientele, Destiny, Ramona, and fellow strippers Mercedes (Keke Palmer) and Annabelle (Lili Reinhart) develop a more aggressive approach to securing the money they need to get by. They identify a prospective mark at a bar, drug him with a mix of ketamine and MDMA, and get him to shower them with loads of money for the night. It’s a plan that pays off handsomely… until the women get caught.

From its directors to its stars, Hustlers is a massive, shining display of talent. Scafaria’s script is wild and funny, building up the strip club and its employees as a kind of alternate universe — at its height, in the film’s first act, it’s not a den of shame, but a place of empowerment, where women commiserate about their personal lives and build each other up. Wu, Lopez and Palmer dance alongside Lizzo and Cardi B, and everyone seems to be having an amazing time, the camera celebrating their different body types and attitudes. 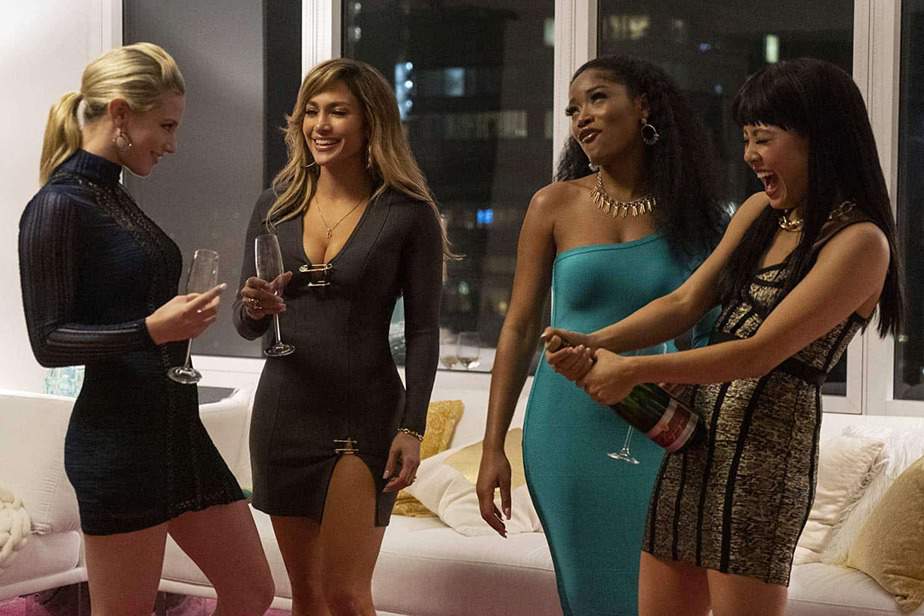 Of course, that good time is centered entirely on the false foundation of money. The movie’s most joyous scene involves a surprise visit from Usher, during which the pop star and his crew get up close with the women onstage, showering them with cash and champagne falling through the air like confetti. Once that money is gone, the club becomes a different place. It’s increasingly predatory and filled with grabby, rule-breaking men. Where once backstage was warm and welcoming, now it’s cold and filled with stick-insect models who refuse to share space or talk to anyone else.

While Hustlers doesn’t approve of its heroines’ actions, it absolutely sympathizes with their needs. Scafaria wants us to get to know her characters. Her central quartet might be criminals, but they’re funny and sweet. They have each other’s backs and form their own family. Another memorable scene involves a Christmas party where Destiny, Ramona, Annabelle, and Mercedes all bring in their families for an epic gift-giving session under the Christmas tree. They give each other furs and expensive shoes. They have a feast, they dance together, and their connection is real.

At the center of it all is Lopez, who gives a dynamic performance as Ramona. She enters the film in appropriately mythic fashion, performing an incredible pole dance to Fiona Apple’s Criminal, picking up wads of cash from customers, and strutting offstage as Wu watches, dumbfounded. Ramona is fierce, loving, and larger-than-life, the kind of woman who wears fur to her job at the strip club, but will still give you a spot under that fur should you find yourself freezing on a rooftop with her. The role also makes the most of Lopez’s stardom — everything about her glows. Even her hair seems to float around her weightlessly, entirely unprompted.

Hustlers tells a fascinating story, and for the most part it stays away from the Goodfellas-knockoff tropes that lots of modern crime films suffer from (again, look at The Kitchen for an example of what not to do). It does, however, fit a specific formula. The story beats can be predictable, and the framing device involving Stiles as a journalist feels relatively underdeveloped. 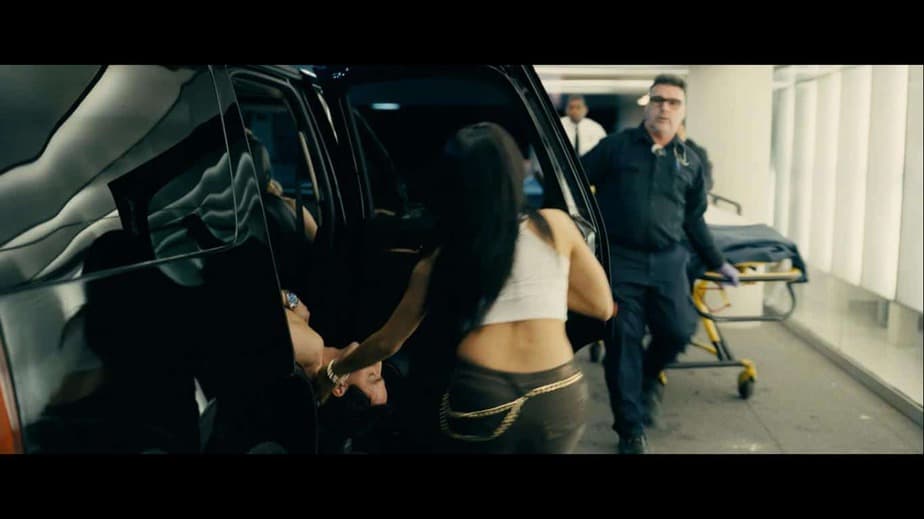 Hustlers is a fairly by-the-book crime movie in its plot, but something very different in how it develops its characters. It takes time to develop true camaraderie among its women, and gets us to love them, too. It makes points about capitalism and misplaced ideas about success, but never lets us forget that those concepts of success mutate from genuine need. Anchored by Lopez’s magnetic performance, it ends up being one of this year’s most entertaining films.

Buy your tickets for Hustlers here. 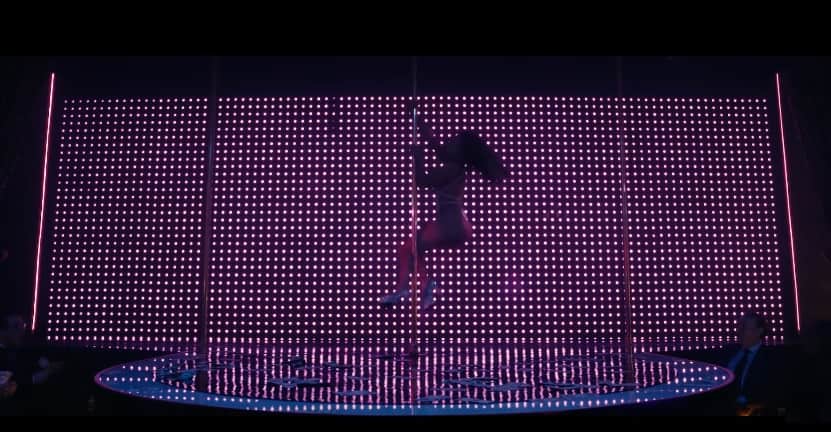