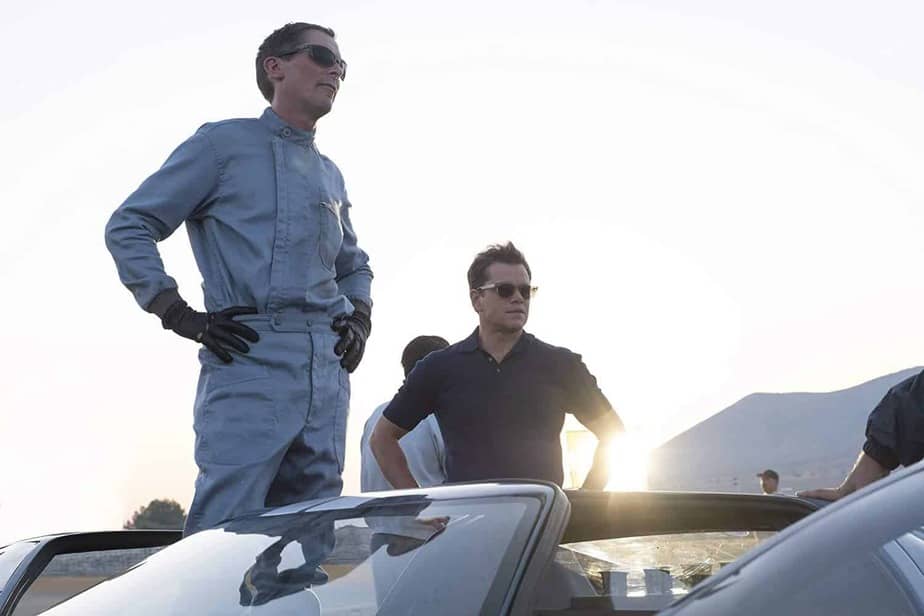 Ford v Ferrari feels like something of a modern relic.

It’s the kind of movie you stumble across on cable while you’re doing laundry, and it’s enjoyable enough that it hooks you in and makes you stick around until the end. If you’re thinking “but nobody stumbles across movies on cable anymore,” you’re right. That’s the kind of paradox that’s endemic to the film itself–Ford v Ferrari feels like it’s made for everyone and no one at the same time.

The plot of Ford v Ferrari is easy enough to explain, but what you can’t put your finger on is the point of the film. It could be about human ingenuity, except the ingenuity on display doesn’t have a practical application outside of racing cars. It could be about male friendship, except the two lead characters are incapable of expressing how they feel about each other. It could also be about the fight between creative drive and corporate meddling, yet the movie’s title — though it is, mercifully, called Le Mans ’66 outside the U.S. — bears the names not of an engineer or a driver, but a pair of corporate entities.

Mangold’s movie is buoyed by solid leading performances from Matt Damon and Christian Bale, an energetic, vintage-y soundtrack, and plenty of action, so Ford v Ferrari keeps your attention throughout. But it’s hard to avoid the nagging feeling that there’s not much there there.

Carroll Shelby (Damon) is a retired race car driver who owns a business building and selling custom cars to rich clients. He’s also one of the only American drivers to win France’s 24 Hours of Le Mans race. Shelby is recruited by the flagging Ford Motor Company to build them a race car that can compete at Le Mans and win against several-time winner Enzo Ferrari, thus restoring Ford’s reputation as an auto industry titan.

Shelby recruits his volatile racing buddy Ken Miles (Bale) as the Ford race car’s driver, wanting to take advantage of Miles’ intuitive understanding of cars as well as his skills on the track. This proves to be a problem when Miles runs afoul of sniveling Ford executive Leo Beebe (Josh Lucas), who finds Miles distastefully rough around the edges. Shelby, Miles, and their crew aim for racing glory, and as the race approaches, their attempt becomes as much a fight against their corporate sponsor as it is against their actual competitors.

Mangold and screenwriters Jez Butterworth, John-Henry Butterworth, and Jason Keller manage to make the story of Ford v Ferrari interesting even if you don’t know NASCAR from Formula 1. As with a lot of underdog sports stories, the characters matter most, and both Shelby and Miles are fun ones to spend time with. Damon seems to be channeling Tommy Lee Jones in both his character’s struggles to express complex emotions and his stubborn, mischievous streak. As Miles, Bale seems more relaxed and natural than he’s been in ages, enjoying the character’s quirks and savant-like understanding of auto engineering.

The racing scenes are also phenomenal, full of stakes, action, and a real sense of danger. As odd as it might sound, Ford v Ferrari occasionally feels like a more grounded, real life-based version of Speed Racer, the Wachowski siblings’ adaptation of the classic anime, in the way it depicts its races. The film does the work of building up the relationship between Miles, Shelby, and the rest of their racing team, and also in creating tension between Shelby and the suits at Ford, so we’re invested in what’s happening both on and off the track. It’s fun to watch Bale’s Miles react to the other drivers around him, and to watch Shelby and his business partner Pops (Ray McKinnon) spar with each other and the nearby Ferrari pit crew.

Ford v Ferrari is mightily entertaining, make no mistake. But behind the great narrative and interesting characters presented by the quest for Le Mans glory, there’s an uncomfortable question. What’s it all for?

Shelby and Miles each seem to be driven (pardon the pun) by their love for racing and their interest in engineering, which is great. Seeing characters who are great at what they do because they love it is inspiring to watch. But during the climactic final race, every time Henry Ford II (Tracy Letts) leans his head out from his box seats, you’re reminded of the real core of this rivalry. It’s not about making exciting scientific discoveries, putting a man in space, or even furthering automotive engineering. It’s about corporate legacy and pride. It’s a marketing stunt. 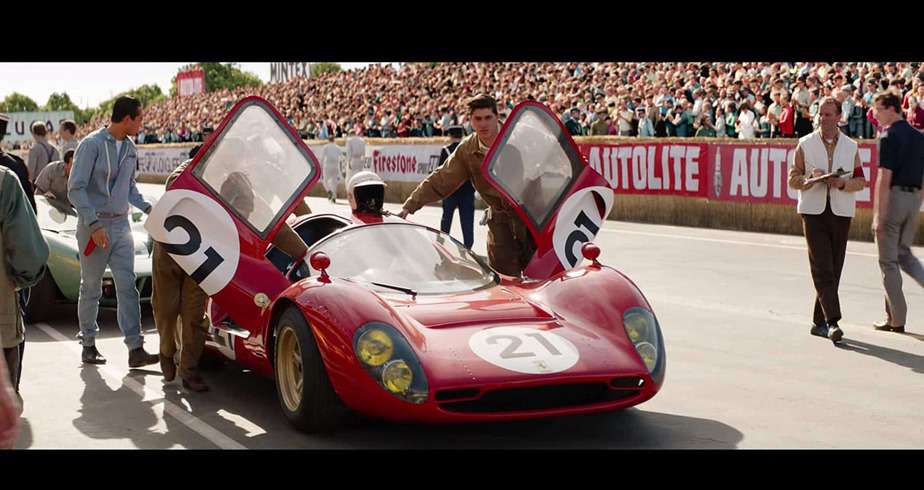 If the filmmakers are aware of this, the film only barely addresses it. The more one thinks about the realities behind Shelby and Miles’ journey toward Le Mans, the more depressing the story of Ford v Ferrari seems, but to address it as such would ruin the cheeky, can-do spirit of the whole thing.

The key to enjoying Ford v Ferrari is not to think about it too much. If you let it take you along on an entertaining, semi-predictable ride with interesting characters and style to spare, you’ll have a good time. Certainly, the movie is worth appreciating for its performances and craft, if nothing else. Scratching the paint only reveals the emptiness within.

Rated PG-13 for some language and peril