The X-Men saga as we know it is about to come to an end.

Disney’s merger with 20th Century Fox means Marvel has finally regained movie ownership over the franchise, and it’s only a matter of time before Professor Charles Xavier and his gifted youngsters are brought into the fold.

That knowledge hangs over the most recent X-Men entry, Dark Phoenix, like a shroud of malaise. Dark Phoenix was made with the absolute minimum of care, from the bored performances to the lazily applied subtext to the movie’s total lack of fun. It is less a whimper, and more of a death rattle.

It’s a shame that the endpoint for the movie series that helped to popularize the superhero genre decided to go quietly into the night, when it could have (and should have) been a celebration.

Dark Phoenix focuses on Jean Grey (Sophie Turner), a member of the X-Men with powerful telepathic and psychokinetic abilities. We start in flashback, seeing how Jean’s raw abilities caused a car crash that took her parents’ lives, and brought her into the care of Charles Xavier (James McAvoy). As a child, Jean believes her powers cause only destruction. Charles insists he can help her control them and use them for good.

In 1992, the X-Men are called on to help an endangered space shuttle mission. While rescuing the astronauts, Jean is caught in and absorbs a force field that amplifies her powers and reveals disturbing blocks in her memory that Charles placed there to prevent any further trauma. 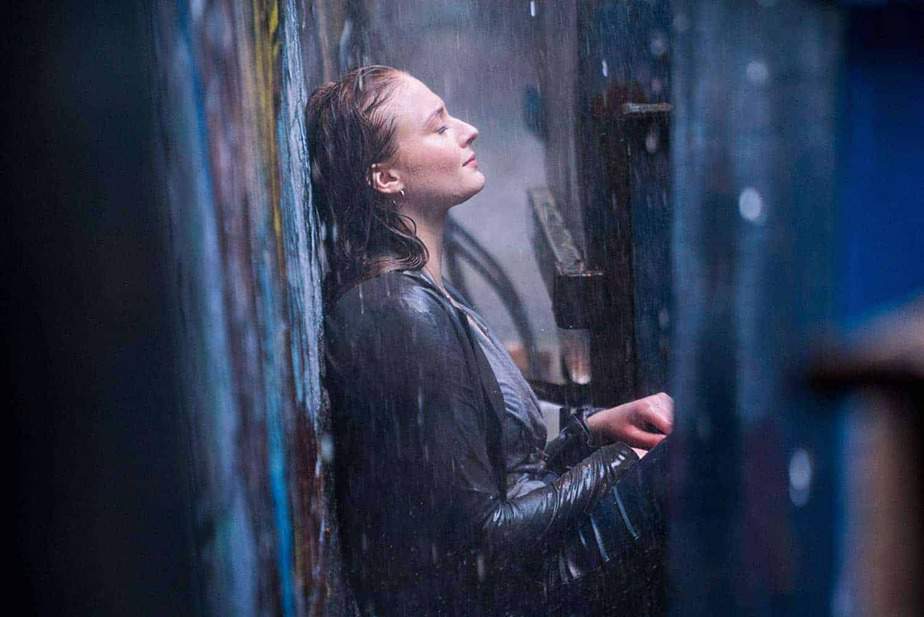 Feeling betrayed and shocked by her new revelations, Jean takes off to seek resolution and figure out what to do with her now-uncontrollable powers. Charles and the X-Men follow her to try and bring her back into the fold. At the same time, a race of aliens led by Vuk (Jessica Chastain), the source of the destructive force that now resides in Jean, arrive on Earth seeking to use Jean as a weapon for domination.

Unfortunately, there’s not much to recommend. The most interesting thing Dark Phoenix does is try to develop a subtext about female power, and the fear of it, connected to Jean’s newly enhanced skills. The movie also has a couple of surprising turns that it does a decent job of not giving away right off the bat. 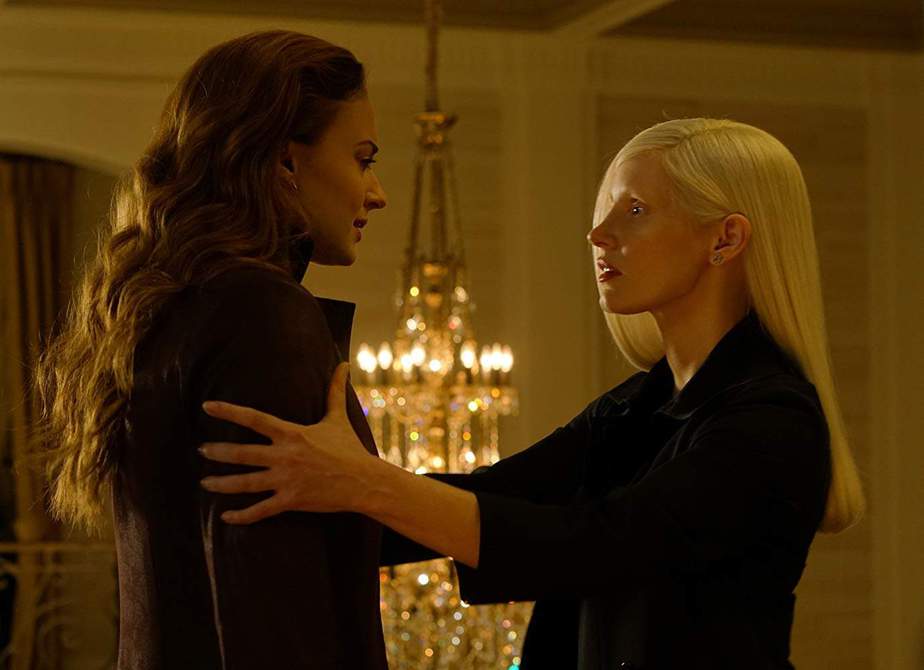 Dark Phoenix is part of an alternate movie timeline for the X-Men, developed around the end of Days of Future Past, for the sole purpose of allowing the franchise to explore different plots with its current cast. However, the potential of that idea has been completely wasted in the films that followed. By Dark Phoenix, nothing makes sense, not even if you try to explain the strange new developments by telling yourself the timeline is different.

Mystique (Jennifer Lawrence) has inexplicably morphed from outcast to the leader of the X-Men, as though her previous break with Charles and connection to Magneto (Michael Fassbender) never happened.

Speaking of Magneto, by 1992, the character — a Holocaust survivor — should be near 60. Charles should be a roughly similar age. Other X-Men movies tell us that just seven years later, the two men will look like Ian McKellen and Patrick Stewart. Yet you’d be hard pressed to find any evidence of aging on either Fassbender’s or McAvoy’s faces.

As Jean, Turner does her level best to give life to a character who has, in the movies’ current iteration, basically been a bit player up to this point. However, because the character doesn’t have much of an establishment in the newer films, the dramatic heft of her transformation just isn’t there.

The attempt to give Jean’s story extra significance by linking her power, and the reactions it causes in those around her, to the way modern society devalues and mistreats women is an interesting possibility. However, it’s inconsistent, and this idea is delivered in ways that clearly indicate no actual women had input on the script itself. Lawrence’s tired delivery of the line “You should call it the X-Women” tells you pretty much everything you need to know on that score.

That brings us to the film’s performances. Fassbender remains a compelling presence as Magneto, as he’s always been, but that’s no surprise. Nearly every other actor seems to be feeling the effects of the franchise’s steadily dwindling prospects. It’s like they know the road is coming to an end, and they’re just soldiering through so they can pick up their paychecks. Characters like Magneto and Quicksilver (Evan Peters), who were bright spots of the new group, could potentially pep things up, but are never given the screen time to do so.

Dark Phoenix is an unremarkable, kind of baffling farewell to the X-Men franchise as it’s existed thus far, and it functions less as a send off than it does a “good riddance.”

It’s a shame, since the series’s original entry really did help pave the way for the success of superhero movies, and there have been some excellent follow-ups: X-Men First Class was highly enjoyable, and X-Men United and Logan are considered classics of the genre.

However, these movies have been losing steam for a while, and nothing better exemplifies that trajectory than this flatlining entry. Dark Phoenix is a contractual obligation, and it feels like it. Fortunately, now that it’s here, we — and the franchise — can all move on.

Rated PG-13 for intense sequences of sci-fi violence and action including some gunplay, disturbing images, and brief strong language