The first is one suggested by both the title and cover, a science fiction tale of a tomorrow so near as to effectively be today. In it, 16-year-old hacktivist George Jedson inadvertently finds himself hired by a social media giant named Quire that’s half Facebook, half Google, to try and address the uncomfortable problem of teenagers committing suicide while using their site. George’s solution is an artificial intelligence that he names Buzz, a super-advanced chatbot he hopes will become so smart that it can talk those teenagers down off the ledge. But reaching that goal poses no end of difficulties, technical, practical, and ethical. Steadily George comes to appreciate that Quire isn’t interested in saving lives, it’s saving customers. There’s no guarantee that his research won’t be repurposed for much shadier purposes. 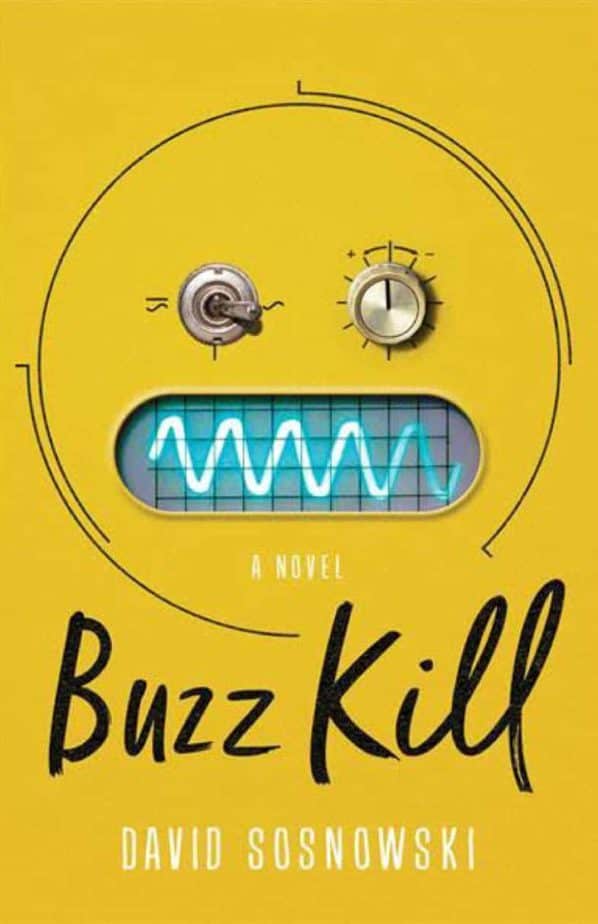 Then there’s the other half. Its hero is another American teen, and also a hacker, though one at a vast geographical remove from George, and—at least when we’re introduced to her—with very different priorities. In Fairbanks, AK, Pandora Lynch is pressured by her psychiatrist father to reconnect with her grandmother. This punishment backfires when Pandora finds a friend in the feisty, self-opinionated older woman.

Yet it soon becomes evident that the relationship they’re building will be short-lived, since Gladys suffers from dementia and is rapidly losing track of the personal history that Pandora finds so captivating. Used to solving problems with technology, Pandora devotes herself to contriving inventive methods of preserving her grandmother’s past. But increasingly, it’s her own fate that worries her. Is Gladys’s slowly decaying mind a glimpse of her personal future? And if so, what can she do about it?

Inevitably these two threads come together. Chance leads Pandora to eavesdrop on George’s mental health check-up with her father, and hormones induce her to contact the boy who’s intrigued her so much. However, Sosnowski doesn’t hurry to reach that point, and it’s even longer before the true meat of the narrative—Pandora’s and George’s cooperative efforts to bring Buzz to something that can legitimately be termed life—begin to take shape. Indeed, perhaps 70% of the book passes before it’s clear where exactly the plot is headed. 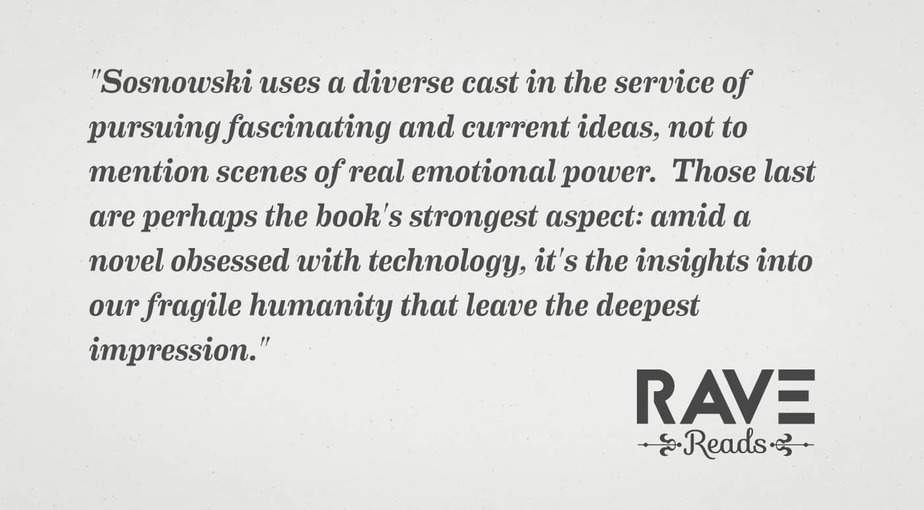 Fortunately, what Buzz Kill lacks in narrative propulsion, it makes up for by shrewdly exploring big ideas, and being consistently entertaining as it does so. Even at its most sedentary, this book never fails to be an enjoyable read, and Sosnowski’s prose is too witty and gymnastic to risk being boring. His enthusiasm for wordplay and clever dialogue throws up endless treats, many that beg to be quoted. Take the following exchange:

“I see you like games,” said the guy who clearly didn’t.

Sosnowski gifts his youthful protagonists with all the best lines, and their biting humor goes a long way to papering over one major potential crack: It’s hard to accept that two teenagers communicating solely by text message could make technological advances that foil the world’s greatest minds. There are points, too, where it feels as though Wikipedia might have substituted for in-depth research. For example, a quantum physicist who apparently doesn’t understand the Schrödinger’s cat thought experiment, and a reference to Turing “authoring” the hypothetical test his name is famous for. These are all the more noticeable, given that the characters are supposed to be experts in their fields. But elsewhere, with the verve and energy on display it’s easy to be swept past such moments and onto the next gem of dialogue or ingenious description.

Nevertheless, it’s fair to say that some of the book’s many diversions could have been trimmed, and a few excised altogether. A less forgiving editor would have helped significantly. For example, when Pandora first visits her grandmother, the home where she lives is described once in narration and again through Pandora’s eyes. Much of the information that has been delivered twice over is barely relevant to what follows. On the other hand, Buzz Kill is most appealing when it’s offering nothing much besides a leisurely hang-out with its likeable protagonists. It is weakest in its last third, when lengthy stretches devolve into a slurry of concepts, and discussions of concepts that aren’t as engaging as the earlier character drama. Nor does the ending entirely satisfy on its own, since this book is a prequel to Sosnowski’s previous work, Happy Doomsday.

Buzz Kill may prove something of a trial for less patient readers, which is a shame, because against its issues with pacing and clarity are stacked a number of virtues that make it genuinely stand out. Slight lapses in plausibility aside, Sosnowski does an excellent, sympathetic, and never-patronizing job of writing a diverse cast. He uses that cast in the service of pursuing fascinating and current ideas, not to mention scenes of real emotional power. Those last are perhaps the book’s strongest aspects: Amid a novel obsessed with technology, the insights into our fragile humanity leave the deepest impression.