Is CBD a Drug?

CBD’s popularity has grown tremendously since its initial debut as an anti-epileptic miracle worker for a girl named Charlotte Figi.

The Stanley Brothers, who are behind the story and the brand Charlotte’s Web, not only helped bring the medical benefits of CBD to the attention of policymakers and government officials, but also sparked a revolution.

Market researchers at BDS Analytics have projected that the total sales of CBD in the U.S. will surpass $20 billion by 2024. This astonishingly large sum was calculated with the assumption that while CBD is currently sold in licensed dispensaries, pharmaceutical stores, cafes, smoke shops, and retail businesses, it will spread out to mainstream retail stores to accommodate the growing demand from the general population.

With the number of CBD companies and products growing seemingly overnight, you may be wondering something: is CBD a drug? Well, it depends. But before we jump into the question of whether CBD is a drug, let’s go over what exactly CBD is.

Be sure to also check out our article on the overall Best CBD Oils, Best CBD Topicals, and Best CBD Gummies. 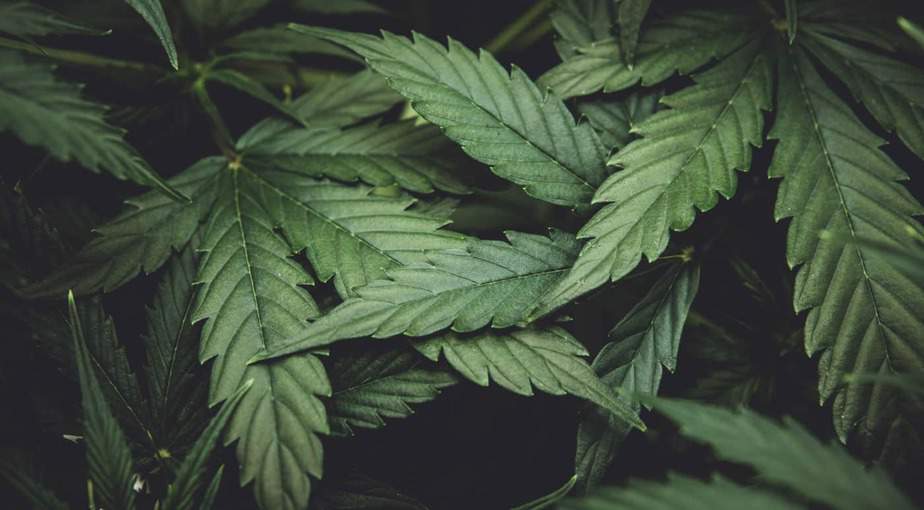 CBD, also known as cannabidiol, is a phytocannabinoid found in the plant Cannabis sativa. CBD is one of over 100 phytocannabinoids found in Cannabis sativa, including the controversial THC, tetrahydrocannabinol. Unlike THC, CBD’s effects are non-psychoactive and are linked to its ability to indirectly bind to CB2 receptors in the endocannabinoid system (ECS), which are located throughout the body and associated with immune cells.

CBD also has a low affinity for CB1 receptors, which are located primarily in the central nervous system and the brain. By studying the CB1 receptor binding mechanism, scientists have found that CBD reduces the effects of THC by changing the shape of the CB1 receptor and reducing THC’s binding capacity.

Further investigation has discovered that CBD doesn’t only bind to receptors in the ECS but is capable of binding to G-coupled receptors, such as the 5-HT1A serotonergic receptor. These findings support the widely shared claims of CBD’s medicinal benefits that range from helping with pain to easing anxiety, reducing nausea, and calming generalized inflammation.

Is CBD a Drug? Is CBD Even Legal? 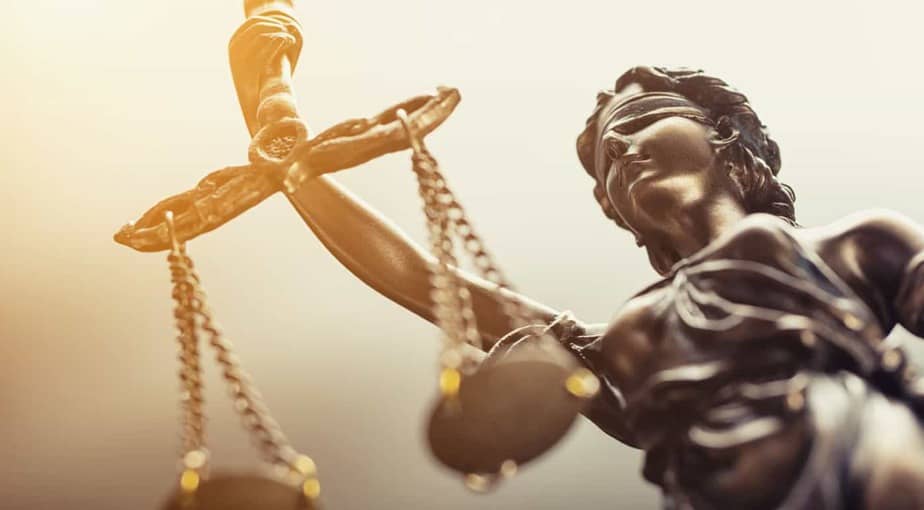 The Cannabis sativa plant has been a topic of debate for quite a few decades as it encompasses both marijuana plants and hemp plants. There is a lot of misinformation online that may cause you to believe that hemp and marijuana are different. However, they are not. The main difference between marijuana and hemp is the amount of THC present.

While marijuana can contain up to 30% THC, hemp must contain less than 0.3% THC to be federally legal. CBD can be derived from either marijuana or hemp, however, this is where the legal line gets blurry. The Agricultural Improvement Act of 2018, otherwise known as the 2018 Farm Bill, removed hemp from the Schedule I substance category under the Controlled Substances Act.

This meant that hemp and the substances derived from hemp are federally legal and can be sold legally if they follow the guidelines listed in the Farm Bill:

The fact that CBD can be derived from both marijuana and hemp, in addition to state laws being so inconsistent, makes it difficult to understand if CBD is a drug or not. To clarify the confusion, let’s take a look at the legality of CBD, starting with the most liberal states.

States That Have Legalized Marijuana for Recreational and Medicinal Use 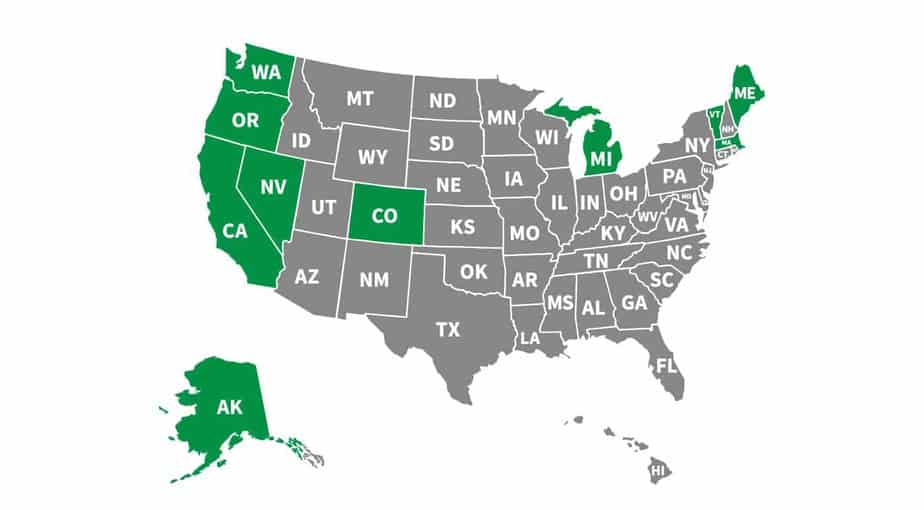 In these states, obtaining CBD products derived from either marijuana or hemp plants is completely legal. So if you live in any one of these states, then you have the most freedom in choosing a CBD product. Is CBD a drug? The answer in these states is that it doesn’t really matter—it’s legal.

States That Have Legalized Marijuana for Medicinal Use Only

There are 47 states where marijuana-derived CBD is legal for medicinal use (it’s not allowed in Idaho, South Dakota, and Nebraska). This gets a bit complicated on the state level because aside from the states mentioned above, there are specific state regulations that must be followed to obtain marijuana. In some states, the regulations are less restrictive and individuals have to obtain a medical marijuana card before purchasing marijuana-derived CBD.

In other states, you may only be allowed to use marijuana-derived CBD products if you have specific medical conditions, or if you fit the specific requirements for that state. If you step outside of the regulations for any of these states, then technically you are using a product that is illegal even though it may be completely legal in the neighboring state.

If you are ever unsure of what products you can buy and use in your state, we highly recommend that you double-check your local state laws to ensure you aren’t edging into the space of illegal CBD use. Or, you can always just purchase a hemp-derived CBD product to be on the safe side.

States Where Marijuana-Derived CBD Is Illegal 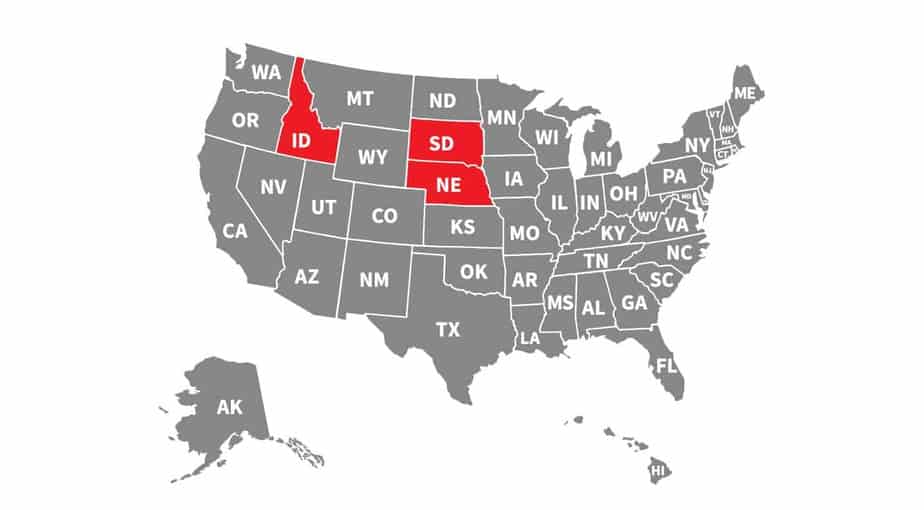 In Nebraska, the state laws and local jurisdictions have made it extremely complicated for individuals to even purchase hemp-derived CBD products, let alone sell them. If you want to purchase CBD, it must contain no more than 0.1% THC and you will most likely need to buy it online. South Dakota is the strictest of the 50 states, and it is illegal to purchase or possess CBD in any form despite the Farm Bill of 2018.

Will I Fail a Drug Test if I Take CBD? 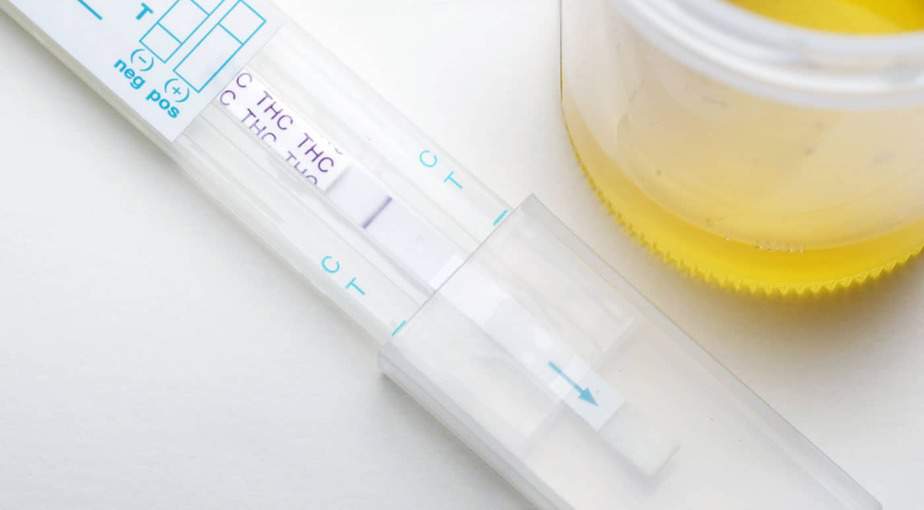 If you’re worried about failing a drug test when taking CBD, you are probably thinking of the age-old pee-in-a-cup test. A standard drug test doesn’t actually test for CBD or any other phytocannabinoid other than THC. Depending on what type of CBD product you have purchased (full-spectrum, broad-spectrum, or CBD isolate), you may have some reason for concern.

According to the National Institutes of Health and Substance Abuse and Mental Health Services Administration, in order to pass a drug test screening for THC, you must have less than 50ng/ml of THC in your system at the time of the test. It’s been estimated that in order for someone who’s consumed CBD products with less than 0.3% THC to surpass the drug test limit, they would need to consume more than 2,000mg of a CBD product.

This may sound like a surprisingly high dose, but with the lack of regulation around product labeling and third-party testing, you may be consuming more than you think. With the lack of clear oversight in the CBD industry, in regards to testing and proper labeling, it may be wise to steer clear of any CBD products if you are planning on taking a drug test.